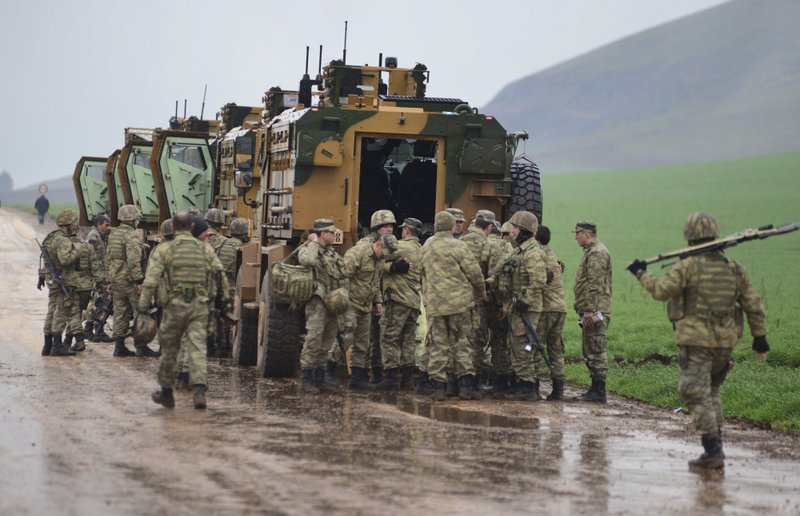 Turkish Army soldiers form a convoy of armoured personnel carriers near the border with Syria, in the outskirts of Hassa, Turkey, Tuesday, Jan. 23, 2018. (Photo: AP)

The withdrawal of US troops from Syria depends on certain conditions, US National Security Adviser John Bolton says, in a further indication that the process is being slowed down, according to BBC.

On a trip to Israel and Turkey, he said he would seek Turkish assurances that Kurds in northern Syria would be safe, BBC reported.

He described the pullout as a "cause-and-effect mission," according to The Wall Street Journal, demanding assurances from players in the region, and said the timetable hinges on certain policy decisions being put into effect, according to CNN.