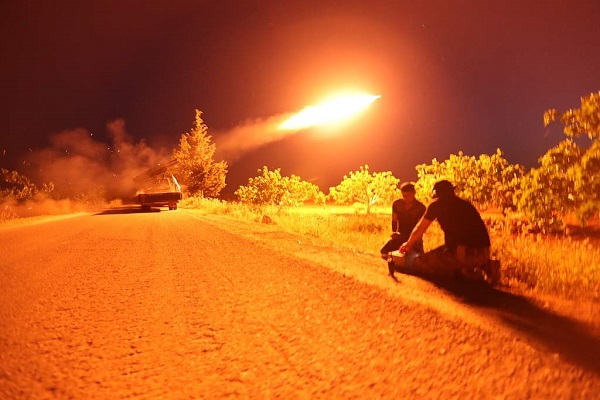 Syrian fighters from the Turkish-backed National Liberation Front (NLF) fire a missile against regime positions on May 13, 2019 in the rebel-held northern part of Syria's Hama province. (File Photo: VCG)

The Syrian air defenses responded to enemy targets in the southern countryside of Damascus, said the report, giving no further details.