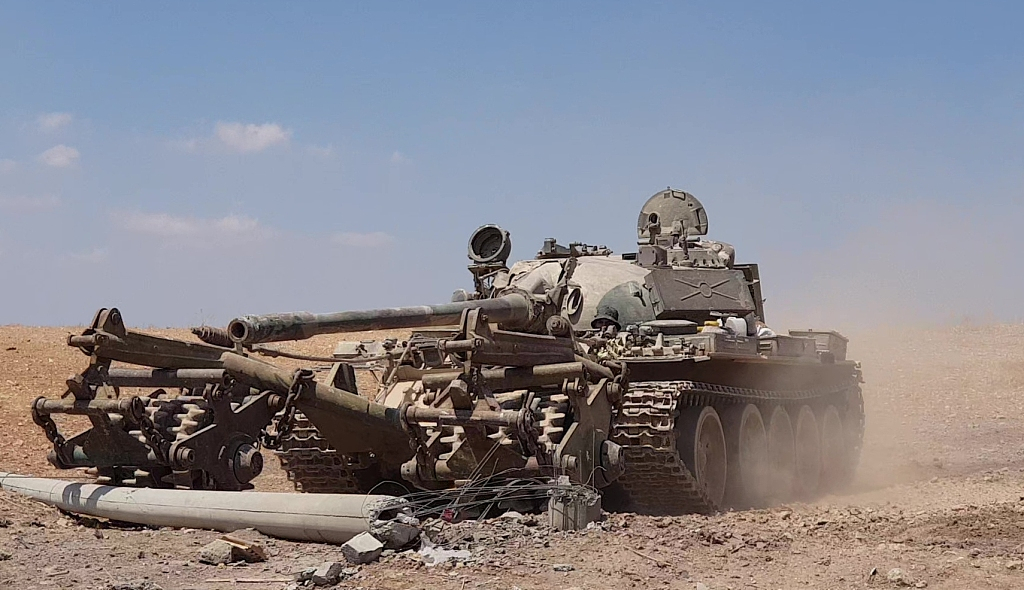 The Syrian army conducts mine clearance outside the town of Khan Sheikhoun after its liberation in Idlib province, Syria, August 22, 2019. (Photo: VCG)

Syria's Kurds said on Saturday they would support the implementation of a US-Turkey deal to set up a buffer zone in their areas along the Turkish border.

The so-called "safe zone" agreed by Washington and Ankara earlier this month aims to create a buffer between the Turkish border and Syrian areas controlled by the Kurdish People's Protection Units (YPG).

The YPG have played a key role in the US-backed battle against the Islamic State group in Syria, but Ankara views them as "terrorists."

On Saturday, Mazloum Kobani, the head of the YPG-led Syrian Democratic Forces (SDF), said his alliance would back the deal.

"We will strive to ensure the success of (US) efforts towards implementing the understanding... with the Turkish state," he said.

"The SDF will be a positive party towards the success of this operation," he told journalists in the northeastern town of Hasakeh.

US Central Command said late Friday that the SDF - which expelled the Islamic State group from their last patch of territory in eastern Syria in March - had destroyed outposts in the border area.

"The SDF destroyed military fortifications" on Thursday, it said in a statement on Twitter.

"This demonstrates (the) SDF's commitment to supporting the implementation of the security mechanism framework."

On Wednesday, the US and Turkish defense ministers "confirmed their intent to take immediate, coordinated steps to implement the framework," said a statement by the US Department of Defense.

Also on Saturday, a representative of the US-led coalition fighting ISIL said the buffer area sought to "limit any uncoordinated military operations."

"We believe that this dialogue is the only way to secure the border area in a sustainable manner," Brigadier-General Nicholas Pond said.

On August 7, Turkish and US officials agreed to establish a joint operations center to oversee the creation of the "safe zone."

Little is known about its size or how it will work, but Ankara has said there would be observation posts and joint patrols.

Damascus has rejected the agreement as serving "Turkey's expansionist ambitions."

Syrian Kurds have established an autonomous region in northeast Syria amid the country's eight-year war.

But as the fight against ISIL winds down, the prospect of a US military withdrawal had stoked Kurdish fears of a long-threatened Turkish attack.

Turkey has already carried out two offensives into Syria in 2016 and 2018, the second of which saw it and allied Syrian rebels overrun the Kurdish enclave of Afrin in the northwest.