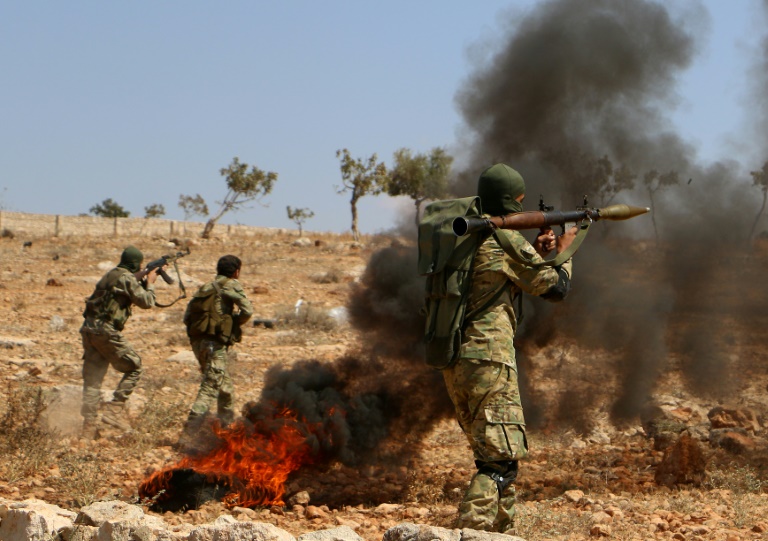 Syrian rebels denied on Sunday they had pulled any heavy arms from a major opposition bastion in the north, as the deadline to implement a demilitarisation deal there draws closer.

Regime ally Moscow and rebel backer Ankara agreed earlier this month to create a buffer zone around the opposition stronghold of Idlib that would be free of both jihadists and heavy arms.

The deal has so far averted a massive assault on the region by Syrian President Bashar al-Assad's government, but its implementation in areas packed with rival jihadists and rebels is expected to be complex.

The National Liberation Front, a pro-Turkey rebel alliance, welcomed the agreement but said Sunday it had not yet moved any heavy arms from the planned zone.

"There have been no withdrawals of heavy weapons from any area or any front. This report is denied, completely denied," NLF spokesman Naji Mustafa told AFP.

The Syrian Observatory for Human Rights monitor had earlier said one faction of the NLF began withdrawing its heavy weapons under the Turkish-Russian agreement.

It said Faylaq al-Rahman, whose fighters number between 8,500 and 10,000, were leaving three towns in the planned buffer zone on Sunday "with heavy weapons, including tanks and cannons".

The Britain-based monitor uses a vast network of sources including fighters, officials and medical staff.

A spokesman for Faylaq al-Rahman also told AFP on Sunday it had not moved any forces or arms.

"There have been no changes in the location of weapons or redistribution of fighters, even as we remain committed to the agreement reached in (the Russian resort of) Sochi," said Sayf al-Raad.

"We are still coordinating with the Turkish guarantor on following the agreement and ways to implement it," he added.

On September 17, Russian President Vladimir Putin and Turkish counterpart Recep Tayyip Erdogan agreed to set up a demilitarised zone about 15 to 20 kilometres wide ringing around Idlib.

The deal was welcomed by world powers, aid organisations, and the United Nations, which all hoped it would help avoid a bloody military assault on the area.

But observers have pointed out its implementation would be tricky for Ankara.

Most of the territory where the zone would be established is controlled by either hardline jihadists or by Hayat Tahrir al-Sham, which is led by former members of Al-Qaeda's Syria branch and widely considered the most powerful force in Idlib.

The rest is held by the NLF and other rebels.

HTS has yet to announce its position on the agreement, and there have been no signs it was moving out either fighters or heavy weapons.

But Al-Qaeda loyalists Hurras al-Deen, which have a presence in the zone, rejected the deal last week.

"We are against this deal, which eats into liberated (rebel-held) areas and bails out Bashar al-Assad," its head Jamil al-Saleh told AFP.

Jaish al-Izza, which is not part of the NLF, clashed with regime forces throughout the night on Saturday and into Sunday in the province of Hama, bordering Idlib.

Separate clashes were also taking place in the coastal province of Latakia between jihadists and government fighters, the Observatory said on Sunday.

Idlib and adjacent rebel territory are home to some three million people, about half of them displaced from other parts of Syria.

Seven years of brutal war have forced more than half of Syria's people out of their homes, sending more than five million into neighbouring countries to seek refuge and leaving another six million internally displaced.

After losing swathes of territory to rebel fighters, Assad appears to have regained the upper hand and now controls around two-thirds of the country.

The areas still outside his control are Idlib in the northwest, and a northeastern chunk held by Kurdish authorities where US and other Western troops are present.

On Saturday, Syrian Foreign Minister Walid Muallem said Damascus would keep "fighting this sacred battle until we purge all Syrian territories" of both radical groups and "any illegal foreign presence".