WORLD Syria receives over 200,000 doses of COVID-19 vaccine from COVAX

Syria receives over 200,000 doses of COVID-19 vaccine from COVAX 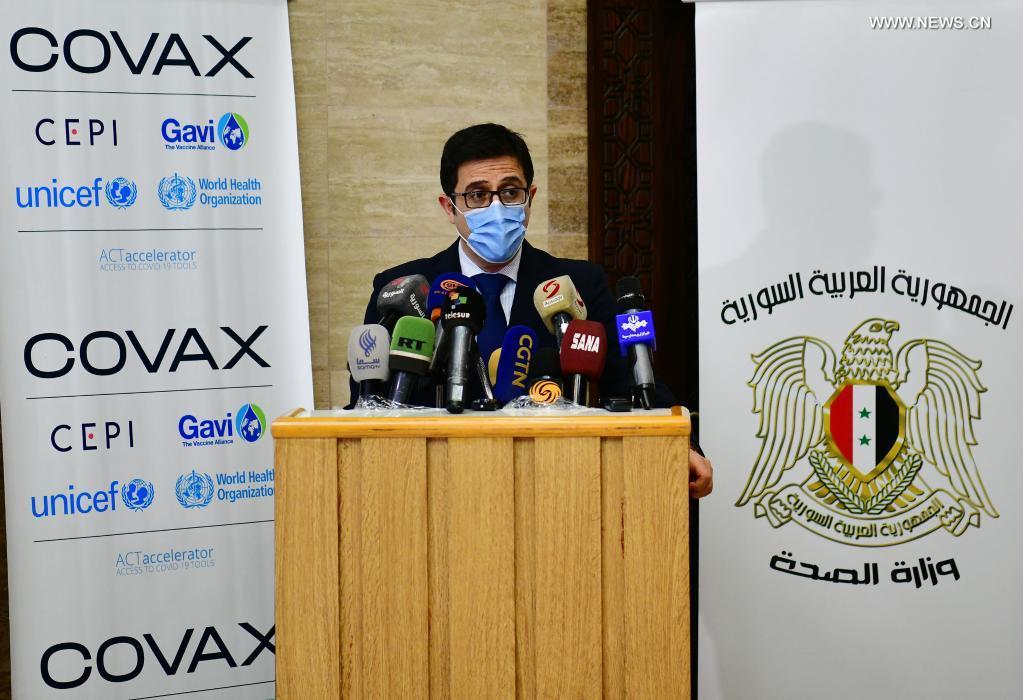 Syrian Minister of Health Hasan al-Ghabash speaks during a press briefing in Damascus, Syria, on April 22, 2021. Hasan al-Ghabash announced on Thursday that his country has received 203,000 doses of COVID-19 vaccines through the COVAX platform. (Photo: Xinhua)

DAMASCUS, April 22 (Xinhua) -- Syrian Minister of Health Hasan al-Ghabash announced on Thursday that his country has received 203,000 doses of COVID-19 vaccines through the COVAX platform.

At a reception ceremony held in the capital of Damascus, al-Ghabash said Syria obtained the vaccines through the COVAX platform, which is co-led by the Global Alliance for Vaccines and Immunisation (GAVI)), the Coalition for Epidemic Preparedness Innovations (CEPI), and the World Health Organization.

This batch is a part of what will be sent to Syria through the COVAX platform, according to the minister.

He also underlined the need for cooperation and coordination to get more vaccines to support Syria's national vaccination plan according to the list of priorities.

He said the plan focuses primarily on giving the vaccine to medical workers and the older as well as people with chronic diseases.

Meanwhile, the minister called on international organizations to help lift the Western sanctions that are affecting Syria's ability to provide medical services during the pandemic and tough economic crisis.

It's worth noting that COVID-19 cases in Syria are on the rise due to the severity of the third wave of the pandemic.