Syria's Kurds call for international court to try IS jihadists 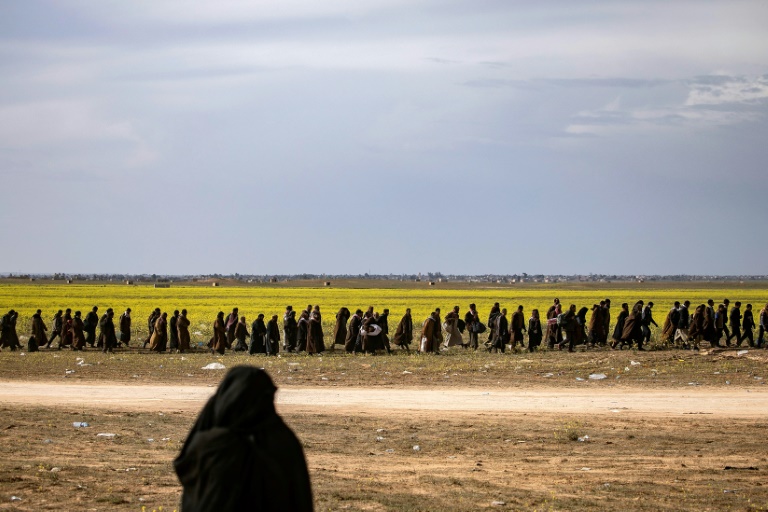 The Syrian Democratic Forces say more than 5,000 jihadists have been captured since January. (Photo: AFP)

Syria's Kurds called Monday for an international court to be set up in the country to try suspected Islamic State group jihadists following the announced fall of their "caliphate".

IS imposed its brutal interpretation of Islam on millions living in the proto-state that it declared across a large swathe of Syria and neighbouring Iraq in 2014.

The extremists stand accused of carrying out numerous crimes including mass executions, kidnappings and rape.

"We call on the international community to establish a special international tribunal in northeast Syria to prosecute terrorists," the Syria Kurdish administration said.

In this way, "trials can be conducted fairly and in accordance with international law and human rights covenants and charters", it said in a statement. 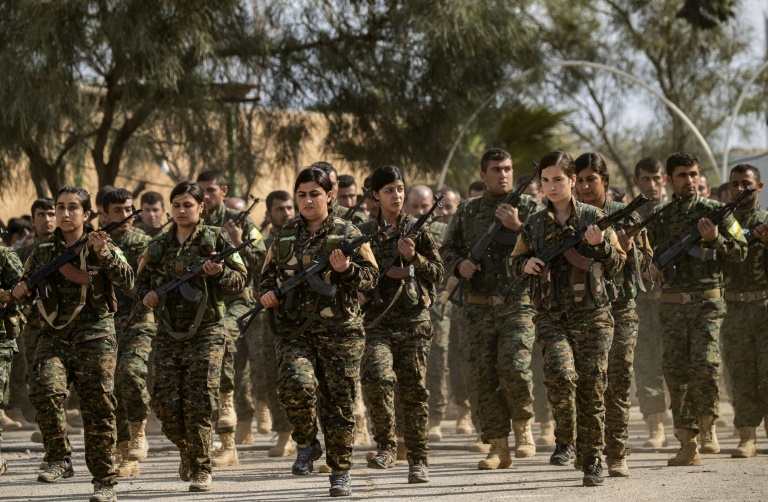 The US-backed Syrian Democratic Forces led the ground offensive against the jihadists' last strip of territory in Syria. (Photo: AFP)

The Kurdish-led Syrian Democratic Forces on Saturday announced the end of the "caliphate" after defeating IS jihadists in the eastern village of Baghouz near the Iraqi border.

Kurdish-led forces, backed by a US-led coalition, have detained thousands of suspected IS fighters in more than four years battling the jihadists, including around 1,000 foreigners.

While alleged IS fighters are held in jail, women and children suspected of being affiliated to the group are housed in Kurdish-run camps for the displaced.

More than 9,000 foreigners, including over 6,500 children, are being held in the overcrowded main camp of Al-Hol, Kurdish spokesman Luqman Ahmi said Monday, citing figures from a week ago. 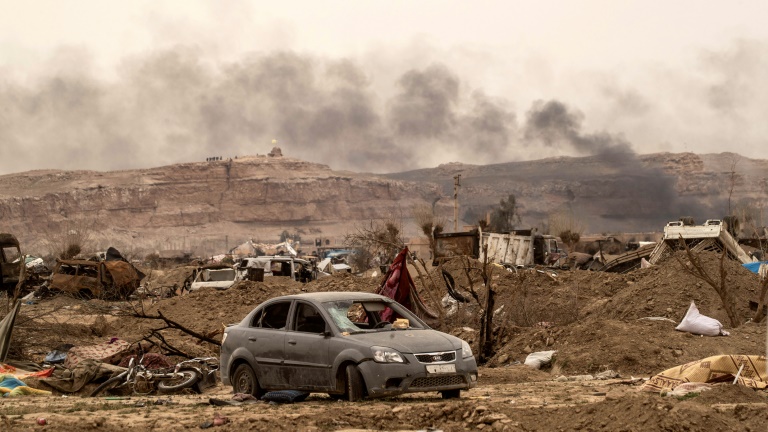 Tens of thousands of people streamed out of the last Islamic State group stronghold in Syria in recent months. (Photo: AFP)

The Kurdish administration has repeatedly called for the repatriation of foreign IS suspects, and warned it does not have capacity to detain so many people.

But the home countries of suspected IS members are reluctant to take them back, due to potential security risks and the likely public backlash.

"The Kurdish administration in northeast Syria has appealed to the international community to shoulder its responsibilities towards members of the terrorist organisation detained by Kurdish security forces," it said Monday.

"But unfortunately there was no response."

It urged the international community, particularly countries that have nationals detained, to support the establishment of an international tribunal, calling for legal and logistical cooperation and coordination.

Previous international courts include the International Criminal Tribunal for Rwanda which tried genocide perpetrators in the African country.

The International Tribunal for the Former Yugoslavia meanwhile tried those accused of genocide, crimes against humanity and war crimes in conflicts that tore apart the Balkans in the 1990s.

Tens of thousands of people streamed out of the last IS pocket on the eastern banks of the Euphrates in recent months, sparkling a humanitarian crisis.

The Kurdish administration called on the United Nations to improve living conditions in the Al Hol camp, accusing UN bodies of responding poorly to the massive influx of women and children to the shelter.

It particularly appealed to UN bodies to provide increased humanitarian assistance as well as support efforts to expand the camp, establish medical points and clinics, and enhance water supply and sewage networks.

Despite the declared victory against IS in Baghouz, the jihadists still maintain a presence in the country's vast desert and have continued to claim deadly attacks in SDF-held territory.

Syria's war has killed more than 370,000 people and displaced millions since starting in 2011 with the brutal repression of anti-government protests.

Apart from fighting IS, the Kurds have largely stayed out of the civil war, instead setting up their own semi-autonomous institutions in the northeast of the country.