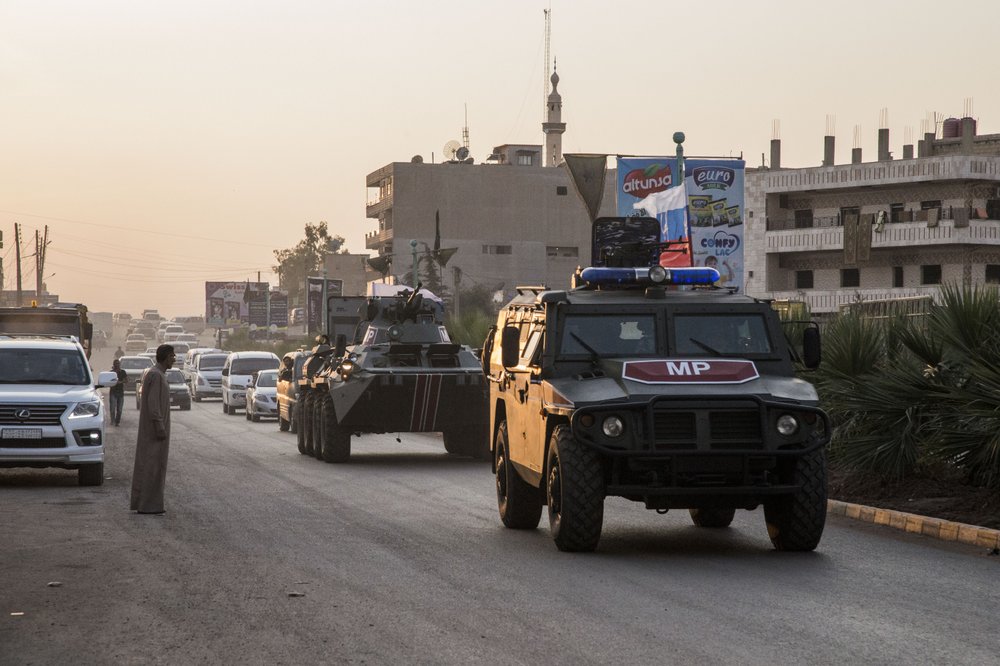 Turkish forces and their allies attacked Syrian government troops in northeastern Syria on Thursday, killing some of them, and they also clashed with Kurdish-led fighters, the state news agency in Damascus and a war monitoring group said.

The fighting underscored the risks of violence as multiple and often opposing armed forces jostle for new positions in the tight quarters of the northeastern border zone.

Most worrisome has been the prospect of a collision between forces of the Syrian government’ and those backed by Turkey, which include Syrian rebel fighters and Islamic extremists opposed to President Bashar Assad.

All sides have said they are abiding by a cease-fire as they implement a Russian-Turkish agreement that divides up the border region. But frictions could undermine the effort for a resolution on the border, which US forces were abruptly ordered to leave earlier this month, allowing Turkey to launch its invasion against Kurdish fighters.

Syria’s state-run SANA news agency said Turkish troops and its allied fighters attacked Syrian army positions outside the town of Tal Tamr. The Syrian troops fought back and suffered “martyrs and wounded,” it reported without elaborating. Separately, the Kurdish-led Syrian Democratic Forces said three of its fighters were killed in fighting with Turkish-backed forces.

Syrian forces, Russian military advisers and military police are being deployed in a zone 30 kilometers (19 miles) deep along much of the northeastern border, under an agreement reached Tuesday by Russia and Turkey. They are to ensure that Kurdish fighters leave that area. Then Russia and Turkey are to begin joint patrols along a narrower strip directly on the Turkish-Syrian border.

Turkey is to keep sole control of a large section in the center of the border, most of which it captured in its invasion launched Oct. 9. Turkey wanted to drive the US-allied Kurdish forces out of a “safe zone” along the border after US President Donald Trump pulled American troops from the area.

Turkish President Recep Tayyip Erdogan renewed a threat to resume the military offensive if his country continued to be “harassed” by the Kurdish militia. He also said Turkey would “crush” any Syrian Kurdish fighter its military comes across while trying to secure areas under its control.

“We would never shy away from moving ahead on our path. We would never calculate whether the price to pay on this path would be too high or too low,” Erdogan said. He also warned against the possibility of Syrian Kurdish fighters resuming fighting alongside US, Russian or Syrian government forces.

In Brussels, US Defense Secretary Mark Esper lashed out at Turkey, saying its invasion of Syria jeopardizes gains made there as the US-led coalition and allied Syrian Kurdish forces battled the Islamic State group.

“Turkey put us all in a very terrible situation. I think the incursion was unwarranted,” he said. “I think President Erdogan was fixated on making this incursion for one reason or another and there was not a possibility that we were going to start a war with a NATO ally.”

The commander of the Kurdish-led force, Mazloum Abdi, said Trump had assured him in a phone call that American forces will “stay here for a long time and their partnership with Syrian Democratic Forces will continue for a long time.” He told journalists that his force and the US were discussing “how to take positions again in some areas of northeast Syria.”

Erdogan, meanwhile, told Turkey’s state television TRT that the US should hand Abdi over to Turkey, calling him a “terrorist” wanted in Turkey. Turkish media reports said Turkey holds him responsible for a 2008 attack in southeastern Turkey that killed 17 soldiers.

Trump has said some US troops will remain in Syria to help the Kurds guard oil fields in the east. The Kurdish fighters captured the main fields from the Islamic State group and since then have helped finance their self-rule by selling the crude, mainly to the Syrian government.

According to US officials, the American troops would not actually “guard” the oil; instead, they would work with the SDF to ensure that IS doesn’t regenerate and also to provide logistical and other support.

The reported attack on Syrian government forces took place at the village of Kozliya on the edges of the Turkish-held zone.

Turkish-backed fighters also captured the nearby village of Manajeer in clashes with Kurdish forces, SANA reported. They battled Kurdish fighters in two other nearby villages, “using heavy weapons,” said Mustafa Bali, spokesman for the Kurdish-led SDF. He said the SDF would defend itself.

SDF’s Abdi tweeted that Turkish troops and “their jihadists continue to VIOLATE and launch attacks.”

Turkey has said it is abiding by the halt in fighting but will eliminate any Kurdish fighters still in the zone where the Russian deal gives it direct control. The lines of that zone have not been publicly defined, however, and the location of the reported attacks suggested Turkish troops could be trying to gain new ground on its edges.

Turkey’s Defense Ministry said Kurdish fighters conducted an attack with a drone, mortar fire and light weapons against Turkish troops in Ras al Ayn, wounding five soldiers. It said the military responded in self-defense but did not provide further details.

In other violence, a booby-trapped car exploded outside the headquarters of a Turkish-allied militia in the border town of Tal Abyad, SANA and the Britain-based Syrian Observatory for Human Rights. They said the blast wounded four people in the town, which was captured early in Turkey’s assault. There was no immediate claim of responsibility.

Russia’s Deputy Foreign Minister Sergei Vershinin said Kurdish-led forces have begun a further pullback from the border as required under the Russian-Turkish accord. Russian military police began patrols on some of the border areas Wednesday.