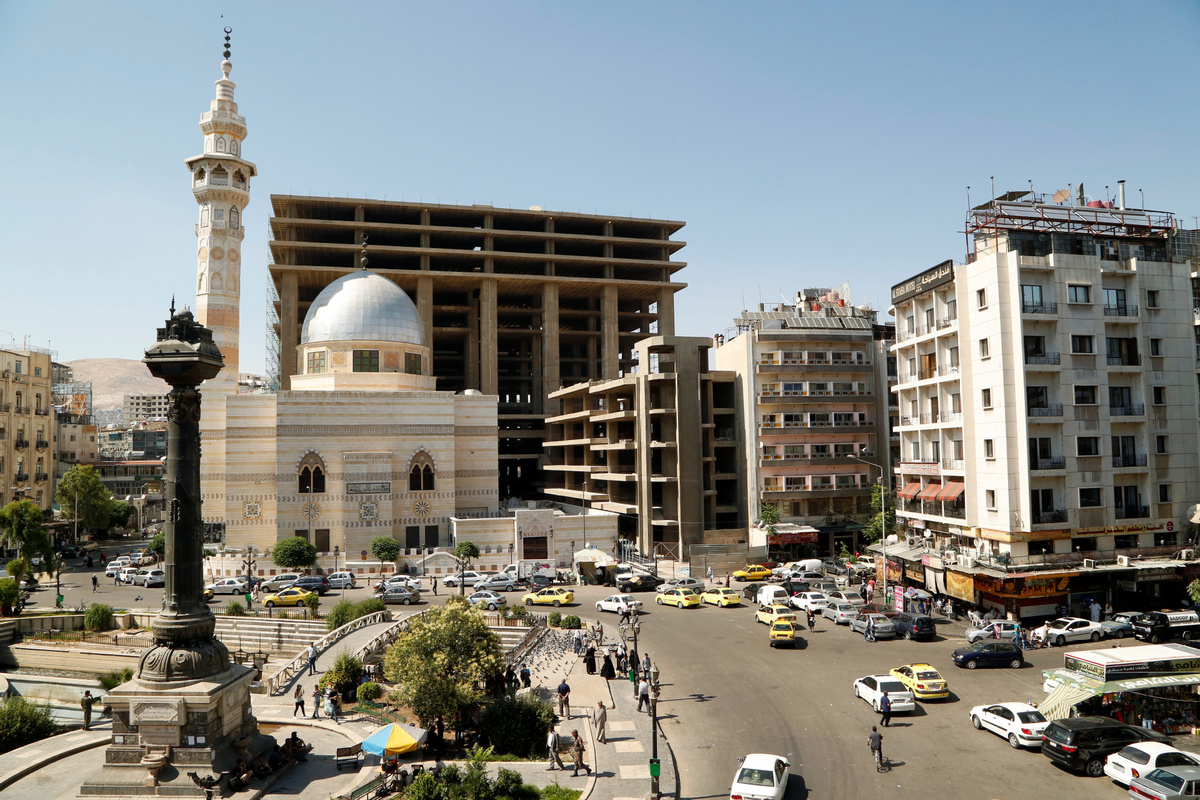 A general view of the Marjeh Square in Damascus, Syria June 19, 2019. (Photo: Agencies)

The air defenses intercepted a number of missiles in southern Damascus, said the state TV.

Sound of explosions was reverberating across the capital city early Wednesday morning, it reported.

The Syrian army said in a statement that Israeli warplanes from the occupied Golan Heights and the Lebanese Marj Oyoun area targeted the vicinity of Damascus with a number of missiles.

"Our air defenses were able to intercept the hostile missiles, destroying most of them before reaching their targets," said the statement.

The Israeli strikes targeted the launching points of missiles that were fired earlier from Syria on the Israeli-occupied Golan Heights, said the Observatory.