DAMASCUS, Dec. 23 (Xinhua) -- The Syrian army is now a few kilometers away from Ma'arat al-Nu'man, a city in the northwestern province of Idlib, the pro-government al-Watan newspaper reported on Monday.

Ma'arat al-Nu'man is the most important rebel stronghold on the road linking the central province of Hama with Aleppo province in northern Syria. 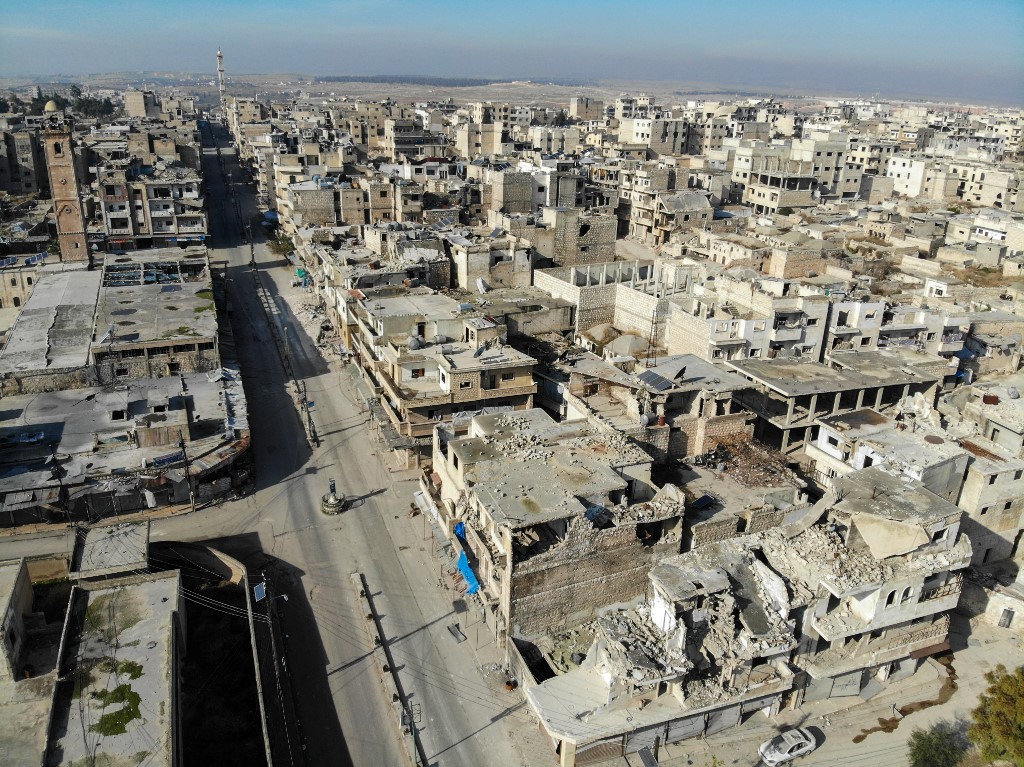 A drone picture taken on December 22, 2019 shows empty streets and damaged buildings in the town of Maaret Al-Numan in the northwestern Idlib province. (Photo by AFP)

The army is also about to besiege a Turkish observation point east of Ma'arat al-Nu'man, said the newspaper.

The report said the army has captured 33 villages and hills in the southern countryside of Idlib over the past three days.

Idlib has emerged as the main destination of the rebel groups, which have evacuated several positions across Syria after surrendering to the Syrian army.

That province is now considered the last major rebel-held bastion in Syria.

Certain parts of Idlib are included in a de-escalation zones' deal brokered by Russia and Turkey, which backs the rebels.

However, such deals exclude the ultra-radical rebels who are affiliated with the al-Qaida and branded as terrorist groups by the United Nations.