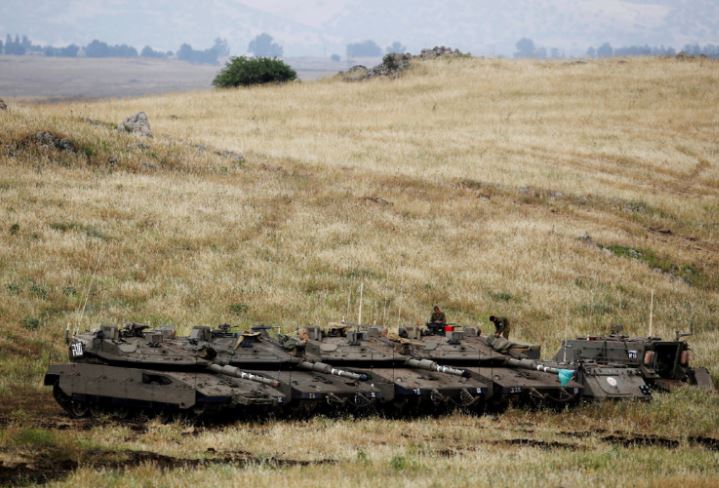 DAMASCUS, Sept. 21 (Xinhua) -- The Syrian army brought in reinforcements to areas in southern Syria close to the border with the Israeli-occupied Golan Heights on Saturday, a war monitor reported.

The military reinforcements were sent to the towns of Jamleh and Abdeen in the western countryside of Daraa province in southern Syria close to the Syrian border with the Israeli-occupied Golan Heights, said the Syrian Observatory for Human Rights.

The UK-based watchdog group said the reasons behind the military move are still unclear.

However, this development comes as the Syrian army brought down a suspected Israeli drone outfitted with cluster bombs in the southern province of Quneitra near the Golan Heights earlier on Saturday.

In another report, SANA said the army found Israeli-made weapons, ammunition and food items in the town of Breiqa in the southern countryside of Quneitra.

On Thursday, the Syrian air defenses destroyed an Israeli drone near the capital Damascus.

The drone was intercepted over the town of Aqraba in Damascus' southern countryside.

Earlier this month, 18 Iranian-backed fighters were killed by Israeli airstrikes in Al-Bukamal.

In June of 2018, Israeli airstrikes killed 55 Iranian and pro-Iranian fighters near Al-Bukamal.

Israel considers Iran its arch-foe and has carried out hundreds of airstrikes in Syria, charging the attacks targeting Iranian sites and weapons convoys to Hezbollah.