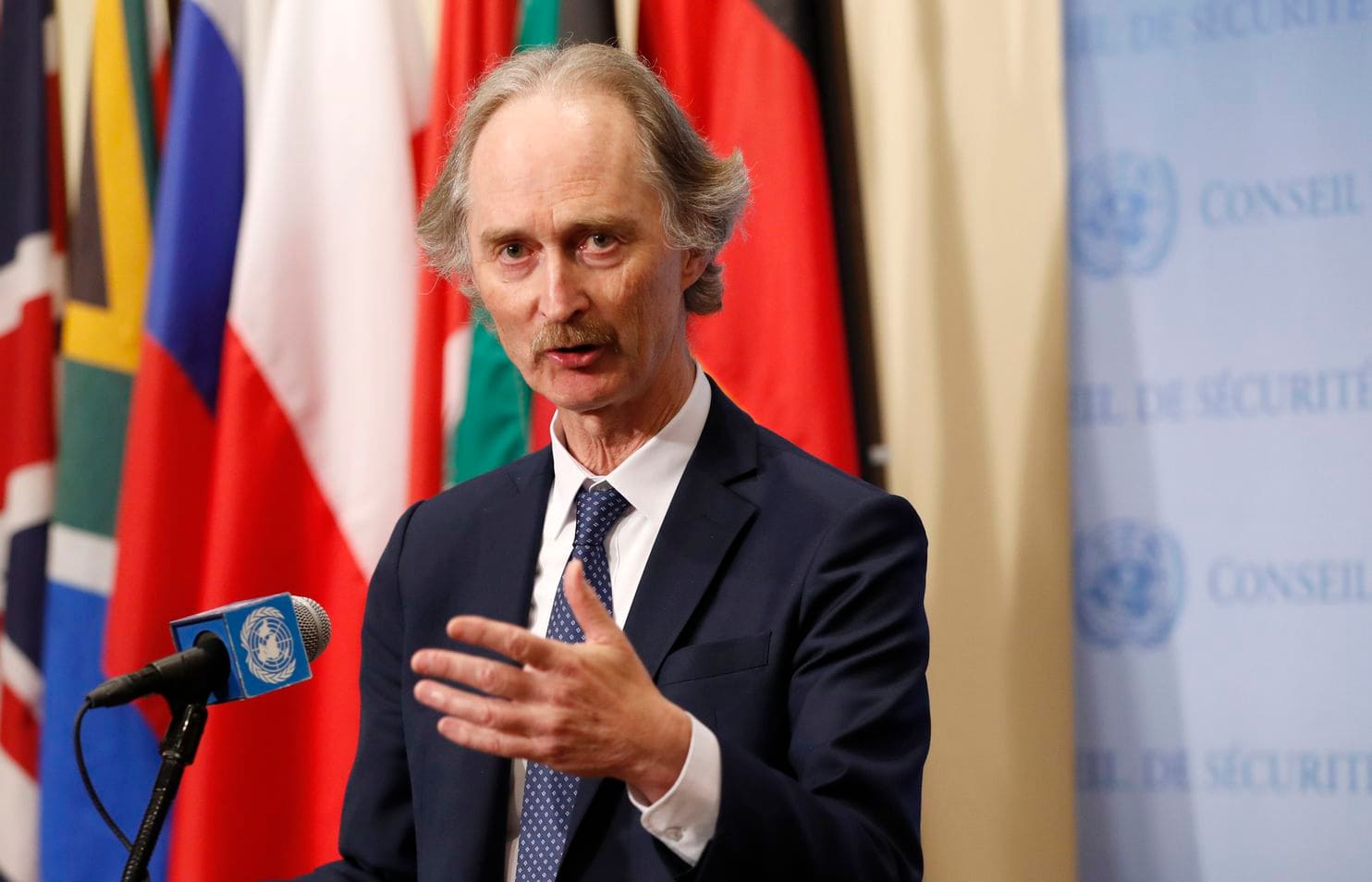 In this April 30, 2019 file photo, United Nations Special Envoy for Syria Geir Pedersen gestures as he speaks to the media following a U.N. Security Council meeting on Syria at U.N. headquarter. (Photo: AP)

The two sides highlighted the constant coordination on the UN Special Envoy's mission of facilitating the intra-Syrian dialogue in a way that helps restore stability and security in Syria and preserve its territorial integrity.

The talks were held in a positive and constructive atmosphere with an agreement on the constitutional committee close to be reached.

The Syrian government has been reluctant to allow any foreign interference in the constitution, saying this is a sovereign matter.

In January, UN Secretary-General Antonio Guterres said there is no timeframe to launch the constitutional committee in Syria, but the work needs to be done as quickly as possible.

The launch of a Syrian constitutional committee has become the centerpiece of UN peace efforts in the country, and its goal is to hold elections that can end the eight years of devastating war.