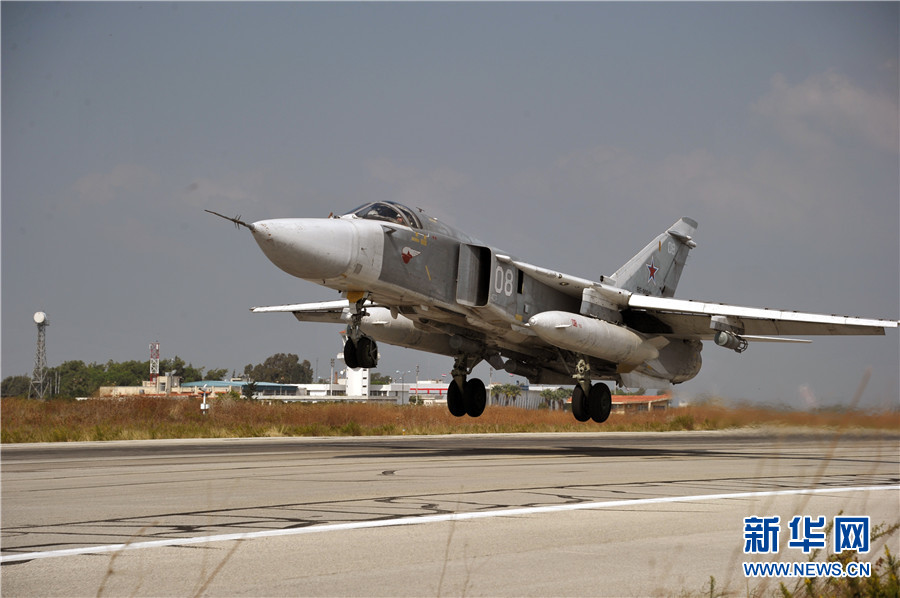 The Syrian forces on Friday launched over 80 airstrikes on areas in the northwestern province of Idlib, the last major rebel stronghold in Syria, in what could be a prelude for a wide-scale campaign, a war monitor reported.

The Syrian Air Force launched intensive aerial bombardments on the southern countryside of Idlib, mostly the Khan Sheikhun area, the first escalation after four weeks of a lull in that area, said the Syrian Observatory for Human Rights.

The Britain-based watchdog group said last month the Syrian forces targeted the western countryside of Jisr al-Shaghour area in Idlib countryside, after the rebels there unleashed a wide-scale offensive on government positions in the northern mountains of Latakia province.

The war monitor noted that the intensification of shelling on the southern countryside of Idlib could be a prelude for an anticipated wide-scale offensive by the government forces on Idlib.

A day earlier, Syrian aircrafts dropped leaflets on areas in the countryside of Idlib, urging the rebels to accept reconciliation deals with the government.

Bashar Jaafari, the Permanent Representative of the Syrian Arab Republic to the United Nations, said recently that the Syrian government is exerting efforts to encourage the local reconciliations in Idlib, otherwise the Syrian army has the right to force.

Idlib is largely controlled by the Hayyat Tahrir al-Sham, or the Levant Liberation Committee (LLC), whose backbone is the al-Qaida-linked Nusra Front.

The LLC has recently been rounding up opposition figures who are advocating the need to accept the reconciliation deals with the government, according to the observatory.

The watchdog group placed the number of apprehended reconciliation advocates in Idlib at 250 since last week.

Moreover, the LLC in Idlib has been dismantling and selling Syrian relics and antiques to "regional and international markets," making "tens of millions of U.S. dollars," said the observatory.

It added that the LLC has also dismantled the railway between Idlib and Aleppo province and sold the iron and wood used in the construction of the railway amid rampant looting.

Additionally, Idlib is now living in a state of severe lawlessness amid assassinations, explosions, and infighting.

All of these factors could pave the way for the Syrian army to restore Idlib, after which the rebels would be left with some areas in the northern countryside of Aleppo province near Turkey.

But the situation is not that easy as the recapture of Idlib by the Syrian army demands an understanding between Russia and Turkey, which is the patron of several rebel groups there, and already has posts deployed there as Idlib is the fourth de-escalation zone agreed upon with Russia.

In his latest remarks, Jaafari said the Turkish side didn't live up to its commitment in the Astana talks about the de-escalation zones.

He said the Turkish side was supposed to send Turkish police with light weapons to the points agreed upon to observe the de-escalation of violence.

Instead, he continued, Ankara send army forces with heavy weapons to Idlib.

Jaafari said the Syrian government has the right to restore all Syrian areas, stressing that the validity of the Astana agreement about the de-escalation zones is only six months and could only be renewed upon the consent of Damascus and its allies.

The Syrian government's push toward Idlib comes after the sweeping victory of the Syrian army in several areas, mainly the southern region where the government forces retook the provinces of Quneitra and Daraa, the birthplace of the Syrian war.

The army has recently been hunting down the remaining Islamic State (IS) fighters in the desert region in the eastern countryside of the southern province of Sweida before declaring the full victory in southwestern Syria.

Observers believe that the rebels in Idlib will have three choices: the first is to reconcile; the second is to fight until the end, and the third is withdrawing to areas under the control of the Turkish-backed rebels in the northern countryside of Aleppo near Turkey.

But for the government, the first choice is the most plausible, given the fact that some people on the ground in Idlib are supporting the reconciliation as well as the leaflets the Syrian helicopters recently dropped on Idlib.

The leaflets included two illustrations of pre and post-war times in Syria.

They read in Arabic: "Which do you prefer? This was Syria before terrorism and its militiamen, and this is what armed terrorism has done to Syria and its people. The fate and future of your family and children depend on your decision."