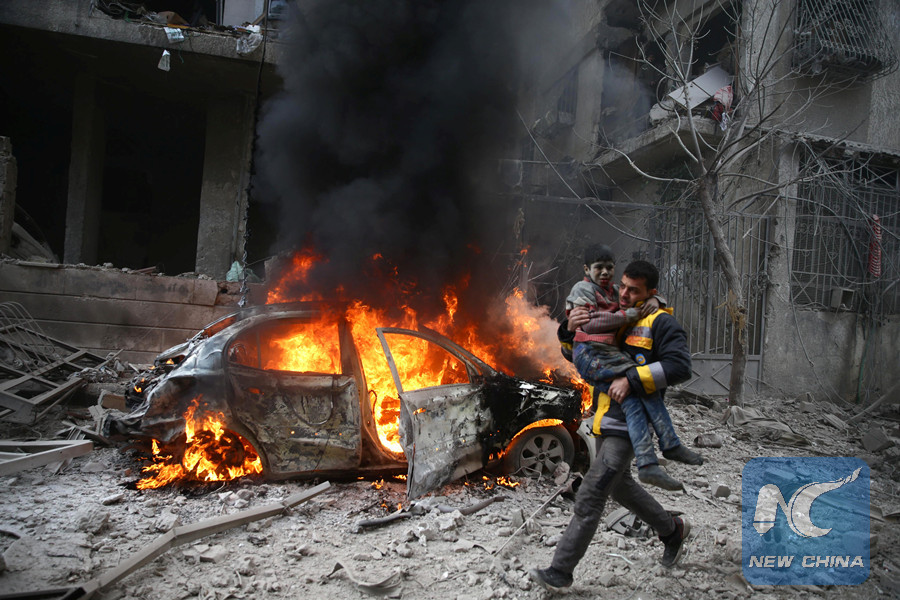 The Syrian government and opposition delegations on Friday agreed on a cease-fire in the rebel-held Eastern Ghouta countryside of the capital Damascus during the Syrian talks in Vienna, according to the Saudi-funded Alarabiya TV.

Calling it a breakthrough, the report said both delegations agreed on the cease-fire that will go into effect at midnight Saturday, thus ending a two-month escalation between the government forces and rebels in the Eastern Ghouta region.

The agreement came as the Syrian government and the opposition wrapped up the two-day UN-mediated Syrian talks in Vienna.

However, there is no immediate comment from Damascus about the cease-fire.

Additionally, both sides agreed on the entry of humanitarian aid into the besieged areas and the exchange of detainees.

The Syrian Observatory for Human Rights also reported the midnight cease-fire in Eastern Ghouta, saying the rebels of Jaish al-Islam, or Islam Army, as well as the Failq al-Rahman, agreed with the Russians on establishing the cease-fire at midnight Saturday.

The London-based watchdog said the Failaq al-Rahman stipulated the entry of relief into the besieged rebel-held areas in Eastern Ghouta within 24 hours following the establishment of the cease-fire.

The observatory said the al-Qaida-linked Levant Liberation Committee (LLC) is also covertly included in the deal.

Battles were raging on in Eastern Ghouta over the past two months when the al-Qaida-linked group and allied militants launched attacks on a key Syrian military base in Harasta in Eastern Ghouta.

According to the Observatory, at least 266 civilians were killed over the past month as a result of the exchange of fire inside Damascus and in Eastern Ghouta, where 400,000 are said to be besieged in the rebel-held region.