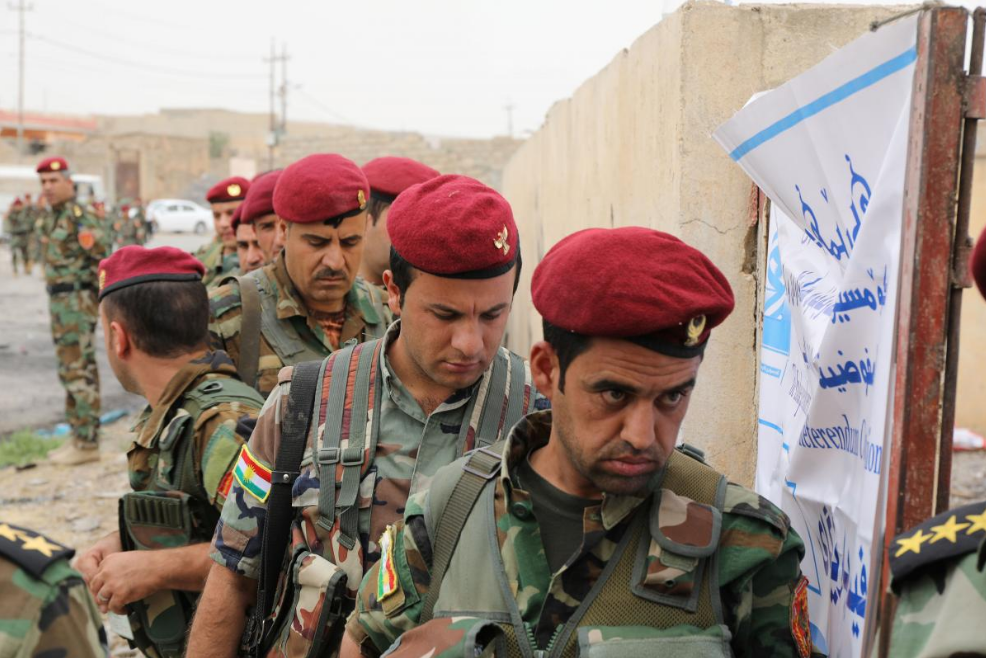 Two British Islamic State militants known for their role in the torture and killings of Western hostages were captured by Syrian Kurdish fighters, US officials said on Thursday.

The men were the last of a group of four militants known as the “Beatles,” for their English accents, to remain at large.

The two, whose capture was first reported by the New York Times, were identified as Alexanda Kotey and El Shafee Elsheikh.

A separate US official, speaking on condition of anonymity, said the Syrian Democratic Forces had captured the two in eastern Syria in early January.

Colonel John Thomas, a spokesman for US Central Command, said US forces had assisted in identifying the militants and were interrogating them.

“We are looking to exploit real-time intelligence. But so far nothing of a grand nature has been obtained,” Thomas said.

He said the militants could be intentionally providing incorrect information or were not up to date on the latest information, so a thorough analysis was underway.

A US-led coalition has pushed Islamic State out of most of the territory it controlled in Iraq and Syria but its leader, Abu Bakr Al-Baghdadi, who proclaimed the self-styled caliphate in 2014, remains at large.

The US State Department sanctioned Kotey in January 2017, saying he was a guard for the “Beatles” and “likely engaged in the group’s executions and exceptionally cruel torture methods, including electronic shock and waterboarding.”

Kotey had also acted as a recruiter and was responsible for recruiting several British nationals to join the militant group, the State Department said.

The State Department sanctioned Elsheikh in March 2017, saying he was “said to have earned a reputation for waterboarding, mock executions, and crucifixions while serving as an ISIS jailer.”