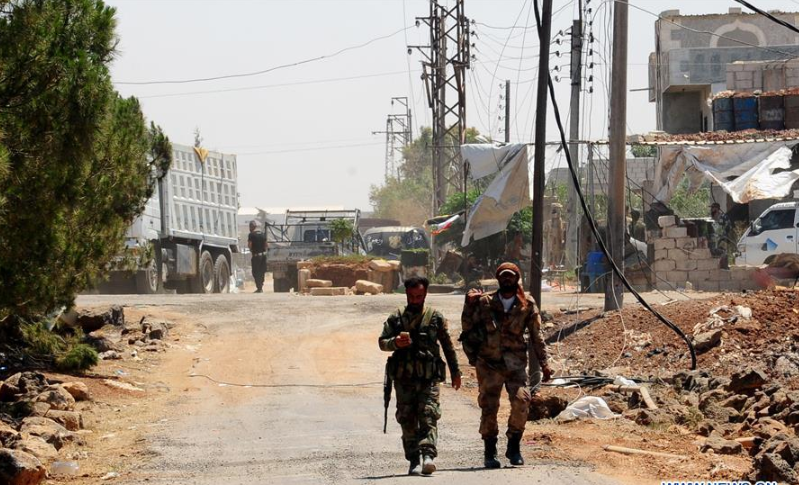 Syrian soldiers walk in the town of Saida, Daraa Province, Syria, on July 5, 2018. The Syrian army started an operation along the Syrian-Jordanian borderline in the countryside of the southern province of Daraa, as negotiations have renewed between the Russian side and the rebels there after a recent hiccup. (Photo: Xinhua)

DAMASCUS (Xinhua) -- Syrian President Bashar al-Assad on Thursday said that the war on terrorism will continue until liberating all Syrian areas, according to the state news agency SANA.

Assad made the remarks during his meeting with a visiting French delegation headed by Thierry Mariani, a member of the European Parliament.

According to the report, the meeting touched upon the war on terrorism in Syria, including the Syrian military's victories achieved in the countryside region of the Hama and Idlib provinces in northwestern Syria.

The two sides also discussed the U.S. administration's policy that is "seeking to destabilize the situation in Syria and the region," according to SANA.

The remarks came at a time the Syrian army is making progress in the battles against the ultra-radical rebel groups in the southern countryside of Idlib, the last major rebel stronghold in Syria.