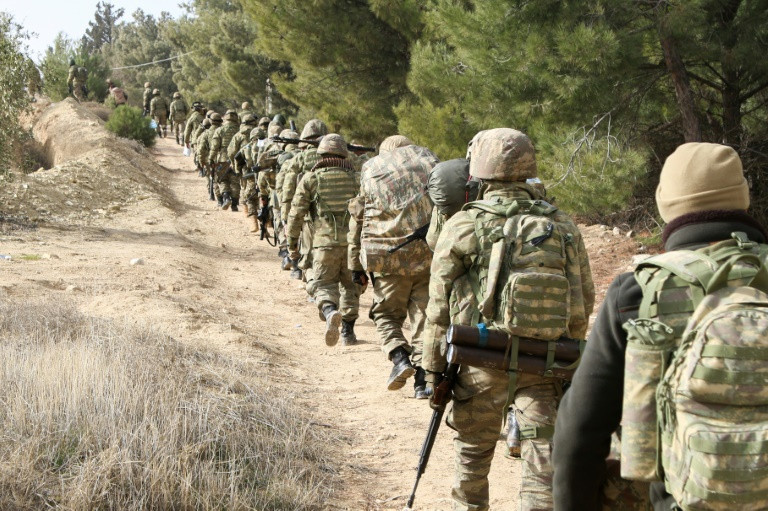 Turkish soldiers march in the Mount Bersaya area, north of the Syrian town of Azaz near the border with Turkey. Photo: AFP/Saleh Abo Ghaloun

Rockets fired from Syria killed two people and wounded 11 others on Wednesday in southern Turkey on the fifth day of Ankara's offensive against a Syrian Kurdish militia which President Recep Tayyip Erdogan vowed to eliminate.

The rockets, one of which hit and damaged a mosque, were fired in the early evening in the border province of Kilis, an AFP correspondent at the scene said.

One Syrian and one Turk was killed, the governor's office said, in attacks it blamed on the Syrian Kurdish People's Protection Units (YPG) militia firing from Syria.

Turkish artillery fire towards Syria could be heard from the centre of Kilis.

Turkey on Saturday launched operation "Olive Branch" together with Syrian rebels and Turkish warplanes striking targets to oust the YPG from its Afrin enclave in northern Syria.

Hours before the rockets, Erdogan said Syrian opposition fighters and Turkish forces were "step by step taking control of Afrin".

"Until the last terrorist is neutralised, this operation will continue," he vowed. 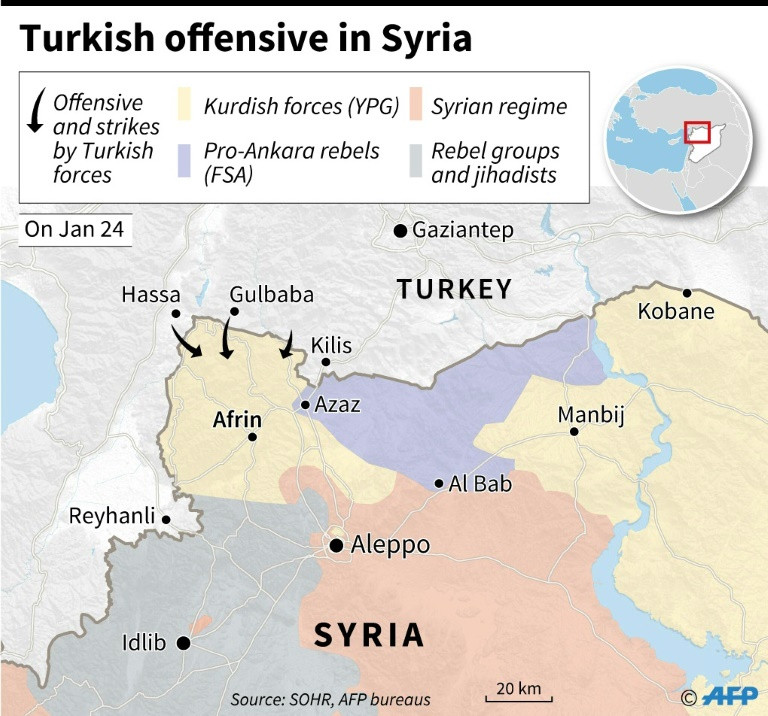 Map of Syria locating the site of Turkish offensives against Kurdish militia, with positions as of January 24 according to the Syrian Observatory for Human Rights and AFP bureaus. Photo: AFP/Simon Malfatto

Ankara views the YPG as a terror group linked to the outlawed Kurdistan Workers' Party (PKK) waging a three-decade insurgency inside Turkey and blacklisted as a terror organisation by Ankara and its Western allies.

But the YPG is still working closely with Washington against the Islamic State (IS) extremist group in Syria, in defiance of Turkey's warnings. The YPG strongly denies it is a terror outfit.

There have been expressions of concern over Turkey's action from its NATO allies, who fear the campaign will impede the fight against IS and harm efforts to bring peace to Syria after a nearly seven-year civil war.

US President Donald Trump is expected to raise Washington's fears with Erdogan in telephone talks later on Wednesday.

Crucial is the attitude of Russia, which has a military presence in the area and a cordial relationship with the YPG but is also working with Turkey on a peace process. 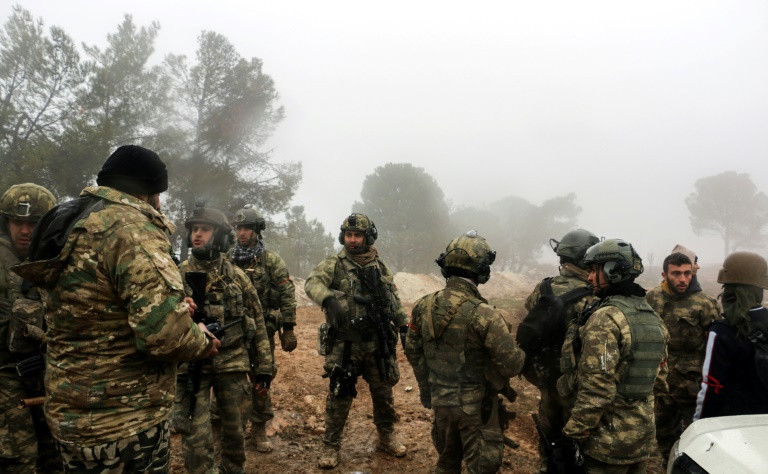 Turkish soldiers gathered around the area of Mount Bersaya, north of the Syrian town of Azaz near the border with Turkey. Photo: AFP/Saleh Abo Ghaloun

With Turkey pressing the operation for a fifth day, an AFP correspondent saw more tanks lined up on the Turkish side of the border, as soldiers milled around, ready to head into Syria.

The Syrian Observatory for Human Rights said Turkish jets struck border areas in northeast and northwest of Afrin aiming to force the YPG to move back and open the way for a ground advance.

The Observatory said there was "fierce resistance" on the ground from the Kurdish fighters.

Three Turkish soldiers have been killed since the fighting began while the Observatory has said 48 Ankara-backed rebels and 42 US-backed Syrian Democratic Forces (SDF) and YPG fighters had been killed in the fighting so far.

The SDF is an umbrella grouping composed mainly of YPG.

It has said at least 30 civilians have been killed but this is vehemently rejected by Turkey which says it is doing everything to avoid civilian casualties.

Two of the civilians were killed by SDF fire inside Syria, the Observatory said.

The Turkish military said it "killed 287 terror organisation members" including from the YPG. It was not immediately possible to verify this figure.

Ankara says the operation is also directed against IS jihadists, although analysts say the group has the most minimal presence, if any, in the area. 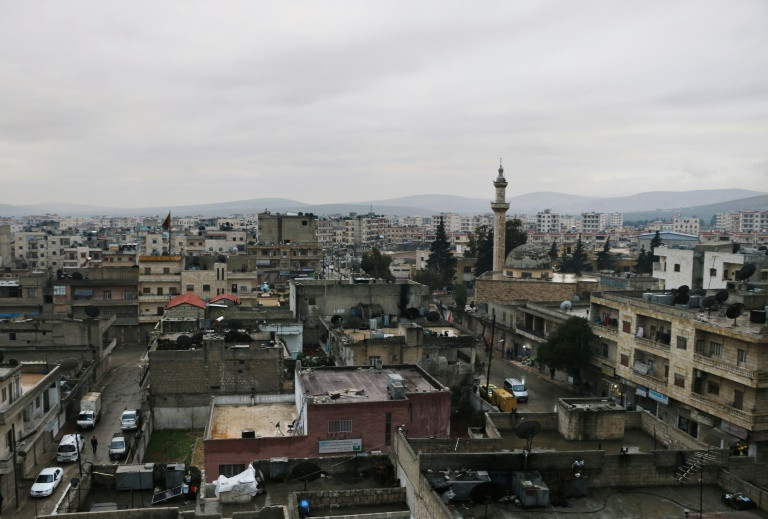 The town of Afrin in northern Syria is the focus of Turkey's operation 'Olive Branch' against the YPG. Photo: AFP/Ahmad Shafia Bilal

This is Turkey's second major military action in Syria after it launched the first between August 2016 and March 2017, targeting the YPG and IS on its border.

While for now Turkey is focusing on the YPG-held enclave of Afrin, Ankara has not ruled out further expanding the operation.

The YPG also holds the key town of Manbij east of Afrin and a long strip of territory in northern Syria east of the Euphrates heading right up to the Iraqi border.

Erdogan also raised the prospect of an operation on Manbij, which could be much more tricky as there is a US military presence in the area.

"God willing, starting with Manbij (in Syria) we will continue to thwart these plans along our border and completely rid our region of this calamity," Erdogan added.

He indicated that one aim of the operation was to create a safe zone where some of the over three million Syrians who fled to Turkey in the civil war could return.

The government has also hit out at "propaganda" against its action.

A total of 150 people including journalists have been detained in raids across 31 provinces over "making propaganda" against the offensive on social media, state media reported, adding 11 were formally charged.