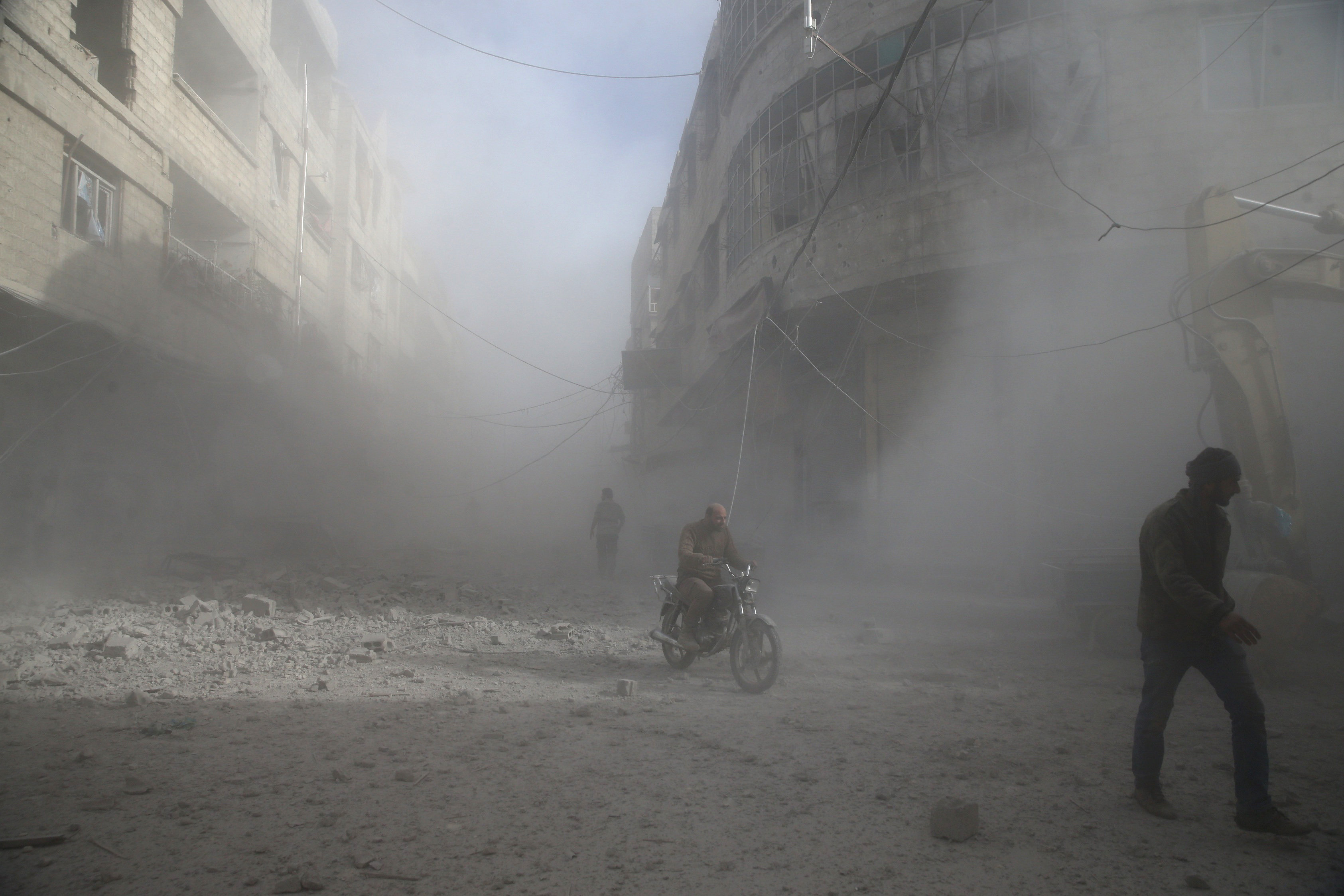 People are seen during shelling in the town of Hamoria, eastern Ghouta in Damascus, Syria, December 3, 2017. Reuters //Bassam Khabieh 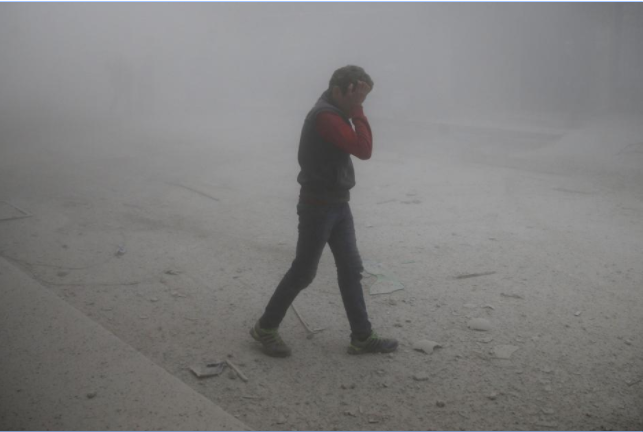 A boy is seen during shelling in the town of Hamoria, eastern Ghouta in Damascus, Syria, December 3, 2017. Photo: Reuters / Bassam Khabie

Amman - Jets believed to be Syrian and Russian struck heavily crowded residential areas in a besieged rebel enclave near Damascus, killing at least 27 people and injuring dozens in the third week of a stepped-up assault, residents, aid workers and a war monitor said on Monday.

Civil defense workers said at least 17 were killed in the town of Hamoriya in an aerial strike on a marketplace and nearby residential area after over nearly 30 strikes in the past 24 hours that struck several towns in the densely populated rural area east of Damascus known as the Eastern Ghouta.

Four other civilians were killed in the town of Arbin, while the rest came from strikes on Misraba and Harasta, the civil defense workers said.

The Syrian Observatory for Human Rights, which monitors the conflict, said the casualties on Sunday were the biggest daily death toll since the stepped-up strikes began 20 days ago. The monitor said nearly 200 civilians were killed in strikes and shelling, including many women and children, during that period.

The Eastern Ghouta has been besieged by army troops since 2013 in an attempt to force the rebel enclave to submission.

The government has in recent months tightened the siege in what residents and aid workers have said is a deliberate use of starvation as a weapon of war, a charge the government denies.

The United Nations says about 400,00 civilians besieged in the region face “complete catastrophe” because aid deliveries by the Syrian government were blocked and hundreds of people who need urgent medical evacuation have not been allowed outside the enclave.

Eastern Ghouta is the last remaining large swathe of rebel-held area around Damascus that has not reached an evacuation deal to surrender weapons in return for allowing fighters to go to other rebel-held areas farther north.

”They are targeting civilians ... a jet hit us there, no rebels or checkpoints,” Sadeq Ibrahim, a trader, said by phone in Hamoriya.

”May God take his revenge on the regime and Russia,” said Abdullah Khalil, another resident, who said he lost members of his family in the air strike on Arbin and was searching for survivors among the rubble.

The intensified bombardment of Eastern Ghouta follows a rebel attack last month on an army complex in the heart of the region that the army had used to bomb nearby rebel-held areas.

Residents said, however, that the failure of the army to dislodge rebels from the complex had prompted what they believe were retaliatory indiscriminate attacks on civilians in the Eastern Ghouta.

Government advances since last year have forced people to flee deeper into its increasingly overcrowded towns. The loss of farmland is increasing pressure on scarce food supplies.

The Eastern Ghouta is part of several de-escalation zones that Russia has brokered with rebels across Syria that has freed the army to redeploy in areas where it can regain ground.