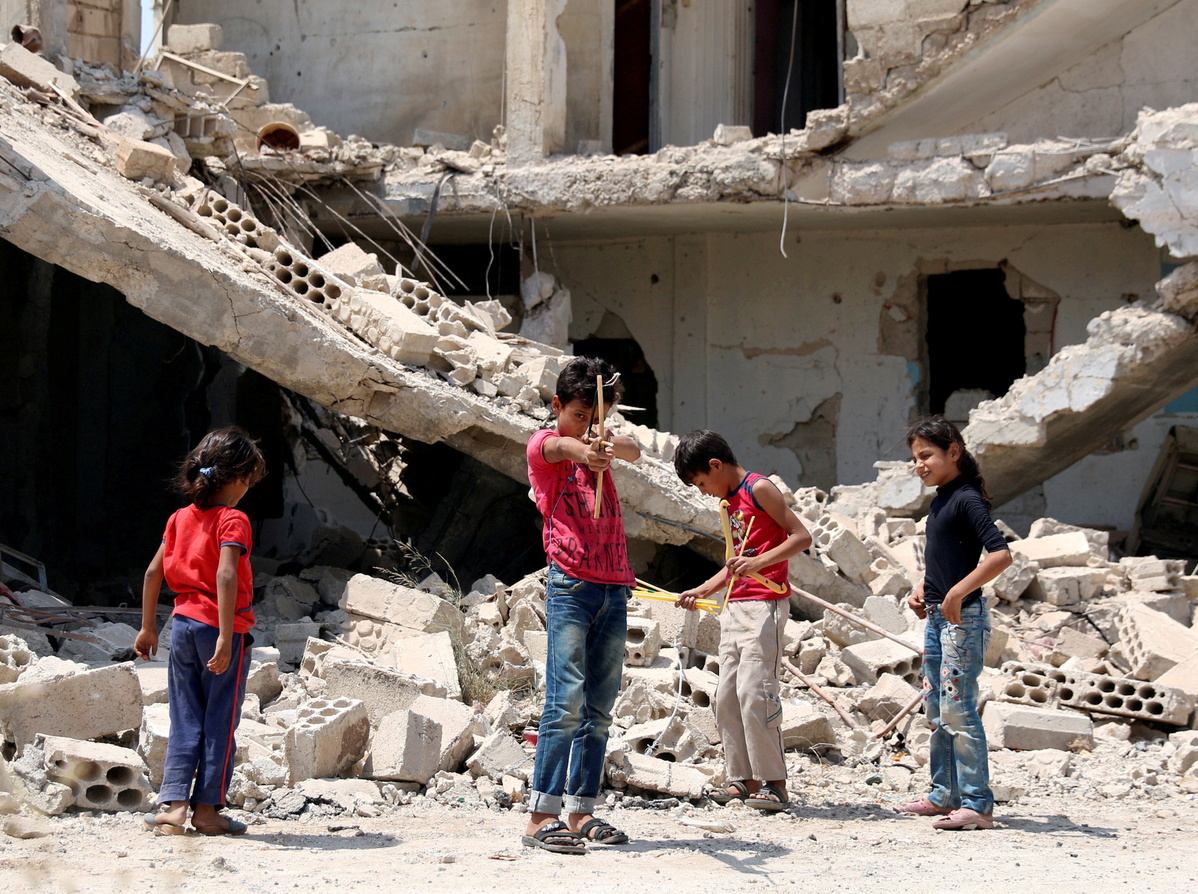 Children play along a street in a rebel-held part of the southern city of Deraa, Syria, on Aug 20, 2017. [Photo/Agencies]

DAMASCUS - Syria's Internal Trade and Consumer Protection Minister Amr Salem on Wednesday blamed the Western sanctions for the suffering of the Syrian people as the country is going through an unprecedented economic crisis.

At a press conference held in the capital Damascus, Salem said the suffering of the Syrian people is not from internal factors but external ones, in reference to the US and European sanctions imposed on the Syrian government.

He said such sanctions are having a negative impact on the lives of the Syrians, stressing the sanctions are hindering the import of oil derivatives, including gas.

The minister said the countries that impose sanctions want concessions from the Syrian government.

"I can assure you that we will not surrender in exchange for lifting the sanctions," he noted.

As for the internal situation, Salem said "the segment that could be excluded from getting subsidies doesn't exceed 20 percent, and the materials saved from the rich segment will be given to the segment that needs the support".

The minister's remarks came at a time the Syrian people are suffering greatly from the tough economic situation with skyrocketing prices of all goods amid the lack and scarcity of some basic materials.

According to the World Bank, the Syrian economy has shrunk by more than 60 percent since 2010, and the Syrian pound has devaluated a lot.