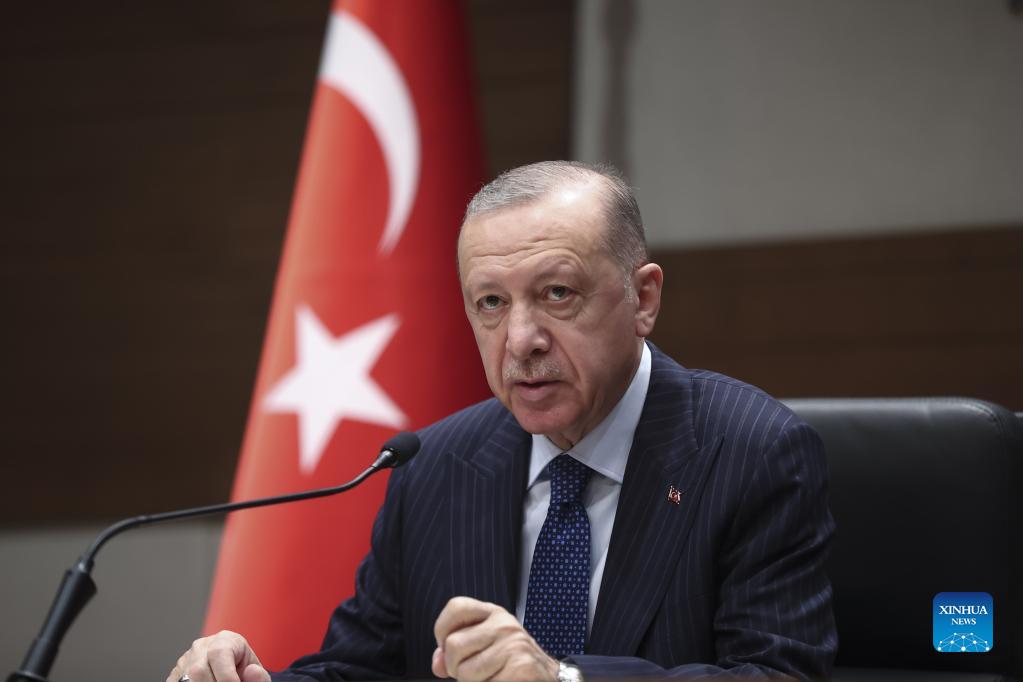 Speaking at the Silivri Natural Gas Storage Facility in Istanbul, Erdogan said he had already discussed the matter with Russian President Vladimir Putin, and steps were already being taken.

Erdogan echoed what Putin said one day ago that the price of gas sent to Europe would be largely determined by the natural gas center expected to be established in Türkiye, according to the state-run Anadolu Agency.

Putin added that the electronic platform needed for such trade could be set up in the "coming months."

The TurkStream pipeline between Russia and Türkiye provides gas to Bulgaria, Greece, North Macedonia, Romania, Bosnia and Herzegovina, Serbia, and Hungary. The delivery of Turkmen gas to Europe was one of the main items on the agenda of Wednesday's trilateral summit between Türkiye, Azerbaijan, and Turkmenistan in the western Turkmen city of Awaza.