ANKARA, Dec. 13 (Xinhua) -- Türkiye said Tuesday that it has cleared a queue of oil tankers waiting to pass the Bosphorus and Dardanelle straits as the insurance dispute related to a Western oil price cap on Russian crude is being solved. 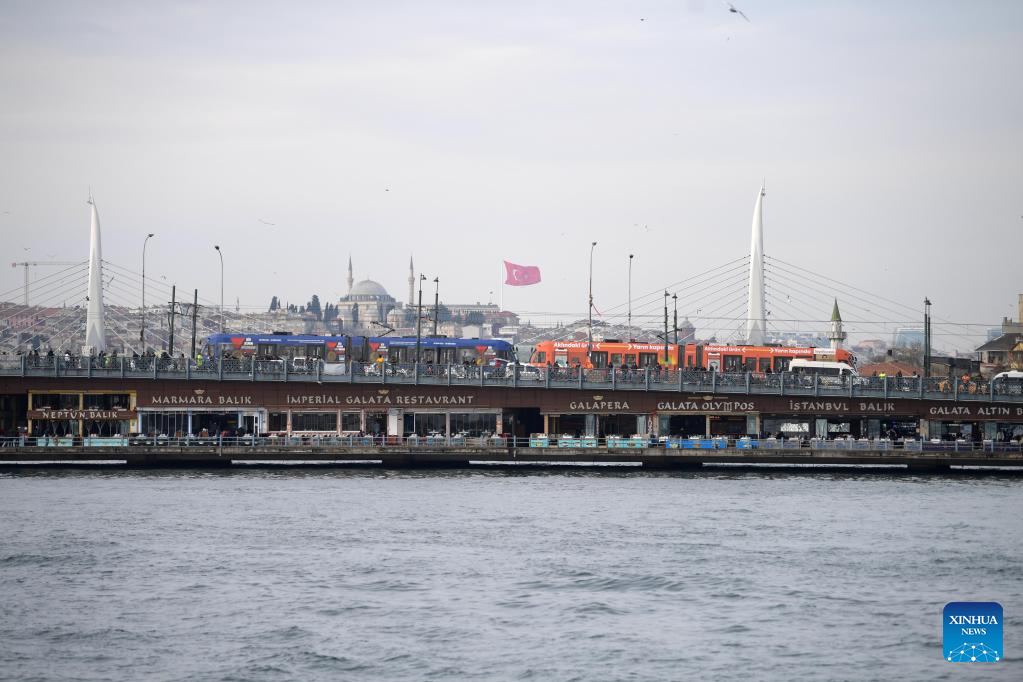 A total of 22 of the 26 crude oil tankers waiting to pass the Turkish straits delivered the appropriate insurance confirmation letters, and the passage of 19 of them has been completed, Türkiye's maritime authority said on Tuesday.

Only four ships are waiting to provide confirmation letters, including those that have just arrived in the Bosphorus, the authority said in a statement.

There are no tankers loaded with crude oil waiting for the appropriate insurance confirmation letter in the Marmara and Aegean Seas, it added.

Since Dec. 1, Türkiye has started to seek confirmation from the insurance companies that the crude oil tankers to pass through the Turkish Straits are fully insured.

Türkiye stopped several tankers carrying crude oil from entering Turkish waters, saying that the Protection and Indemnity (P&I) insurance of these ships was invalid due to the European Union's sanctions.

The EU's sanctions on Russian oil prohibit tankers transporting Russian crude from accessing European maritime insurance unless the oil is sold for 60 U.S. dollars per barrel or less.

Türkiye has avoided calls by the United States and its Western allies to join the anti-Russian sanctions over the Ukrainian crisis.