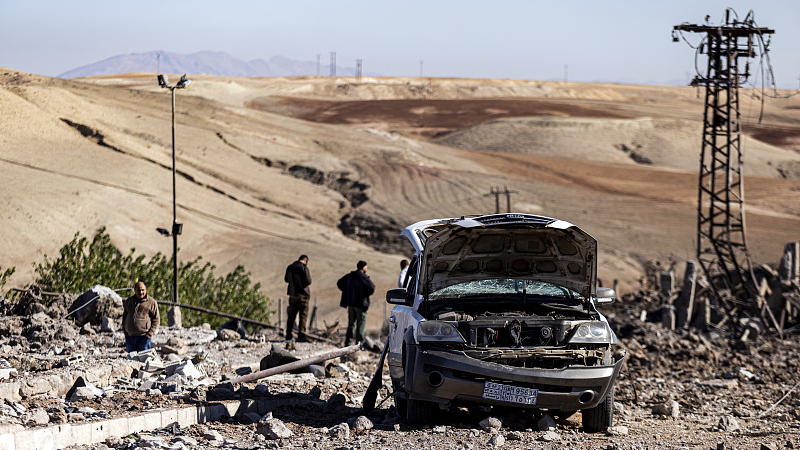 People inspect a site damaged by Turkish airstrikes that hit an electricity station in the village of Taql Baql, in Hasakeh Province, Syria, November 20, 2022. /CFP

A number of 471 "terror targets" were hit, and 254 "terrorists" were neutralized in Türkiye's recent air operation in northern Iraq and Syria, the Anadolu news agency reported Wednesday.

Turkish President Tayyip Erdogan later on Wednesday signaled that a ground offensive is also possible as he claimed that Türkiye has the right to take care of its own problems in northern Syria.