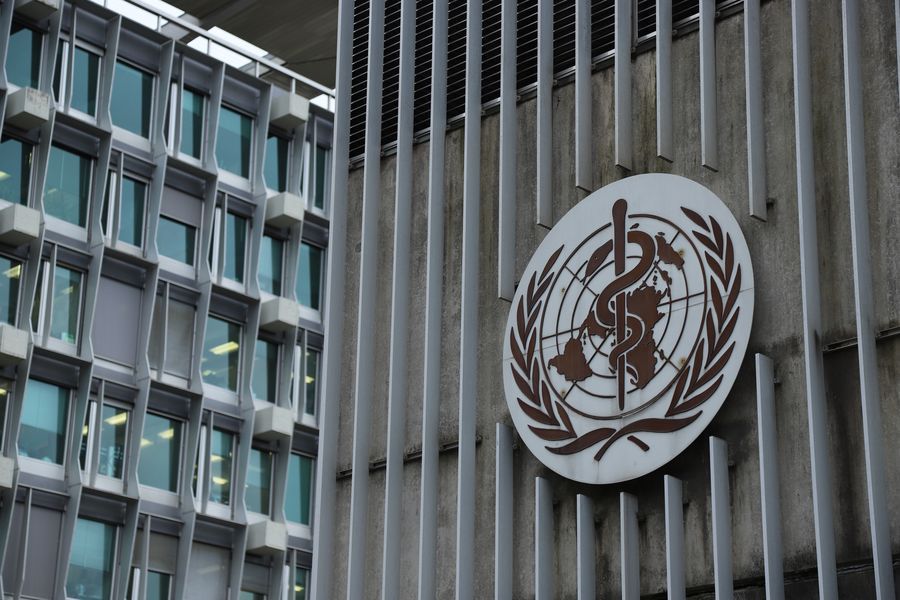 Experts from the World Health Organization and public health schools warned on Monday that the world has more to learn on countering the prospect of COVID-19 persisting as a health threat, let alone on how to cope with the next pandemic.

David Heymann, a professor at the London School of Hygiene &Tropical Medicine in the United Kingdom, said the novel coronavirus may remain as endemic in the future. No matter what people do today, it will continue to spread despite vaccines, therapeutics and diagnostics, he said.

"We have to learn to live with this and use the tools we have in the best ways possible," he said at a virtual press briefing by the WHO.

Bruce Aylward, a senior adviser to WHO Director-General Tedros Adhanom Ghebreyesus, said "the virus is telling us that we are not prepared", citing the fact that second and third waves of infections are spreading in different regions of the world.

Mike Ryan, executive director of the WHO's Health Emergencies Programme, said that the pandemic has been very severe as it spreads around the world quickly.

"But this is not necessarily the big one," he said. "This is a wake-up call … We need to get ready for something that will be even more severe in the future."

Maria Van Kerkhove, the WHO's technical lead on COVID-19, noted that countries that had traumatic experiences with similar pathogens－such as those causing SARS(severe acute respiratory syndrome), MERS (Middle East respiratory syndrome) and Ebola－have used that experience to build a public health infrastructure.

She said these countries, which may not all have been high-income ones, have acted "aggressively, comprehensively, using an all-of-government, all-of-society approach and really tackling this".

Tedros said it was important that authorities step up genomic sequencing worldwide to ensure that new variants of the coronavirus are detected as the pandemic takes its toll.

New variants detected in Britain and South Africa that appear to be more infectious have caused concern and triggered a fresh round of travel restrictions this month.

Tedros said: "There will be setbacks and new challenges in the year ahead－for example, new variants of COVID-19 and helping people who are tired of the pandemic continue to combat it."

Globally, there were more than 81.3 million confirmed cases and more than 1.77 million deaths as of Tuesday, according to a tally kept by Johns Hopkins University in the United States.

Four cases of a coronavirus variant first reported in the UK have been found in Canada, raising concerns across the country. After the first two cases of the variant were found in Ontario on Saturday, two more were discovered in British Columbia and Ottawa.

The Public Health Agency of Canada said all the cases have been connected to travelers from Britain. Officials first reported that the two cases were linked to community spread, but after further investigation, they announced on Sunday that a couple had been in contact with someone who had recently returned from the UK.

Japan on Monday detected a coronavirus variant found in South Africa, the government said, the first such discovery in a nation that has already identified more than a dozen cases of the variant that is spreading rapidly in Britain.

South African President Cyril Ramaphosa reimposed a ban on alcohol sales and ordered the closure of all bars on Monday as part of new restrictions to help the country battle a resurgence of the coronavirus, including the new variant.

Most European countries began vaccination campaigns over the weekend, boosting hopes of an end to the pandemic, especially in some of the hardest-hit parts of the continent. Belgium became the latest European Union member to join the bloc's coordinated immunization drive.