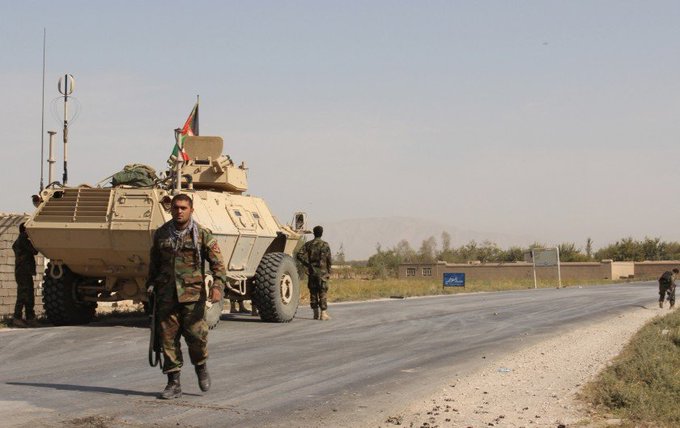 The militants, according to spokesman Abdul Khalil Khalili, ambushed the convoy of national army in Bagh-e-Miri area Sunday morning, killing four soldiers on the spot and wounding six others.

Eight Taliban insurgents were also killed when the security forces returned fire on the attacking militants forcing them to flee, the spokesman added.

He said a cleanup operation has been launched to ensure security in the area.

The Taliban group has not commented on the report.