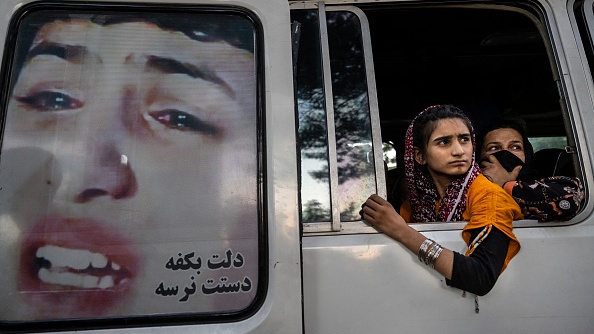 Displaced Afghans from the northern provinces are evacuated from a makeshift IDP camp in Share-e-Naw park to various mosques and schools in Kabul, Afghanistan. (Photo: CFP)

Afghanistan's fourth-largest city and the government's last northern stronghold fell to the Taliban on Saturday, according to report by several news outlets.

A report by Reuters quoted the head of the Balkh provincial council, Afzal Hadid, confirming that Mazar-i-Sharif had been captured adding that all security forces had left the major city.

"The Taliban have taken control of Mazar-i-Sharif," Hadid said, according to Reuters.

The rapidly destabilizing situation in Afghanistan led the administration of U.S. President Joe Biden to announce that it would be deploying troops to the country's capital Kabul this weekend to help evacuate embassy staff.

At the same time, the first UK troops began deploying to Afghanistan to assist in the evacuation of UK nationals who remain in the country.

An estimated 600 troops are expected to participate in the operation, which will also help with the relocation of Afghans who face reprisals from the Taliban for their collaboration with Western forces.

The Taliban now holds more than half of the nation's 34 provincial capitals and controls more than two-thirds of the country with government resistance crumbling.