WORLD Taliban claims responsibility for attack on US base in Afghanistan

Taliban claims responsibility for attack on US base in Afghanistan 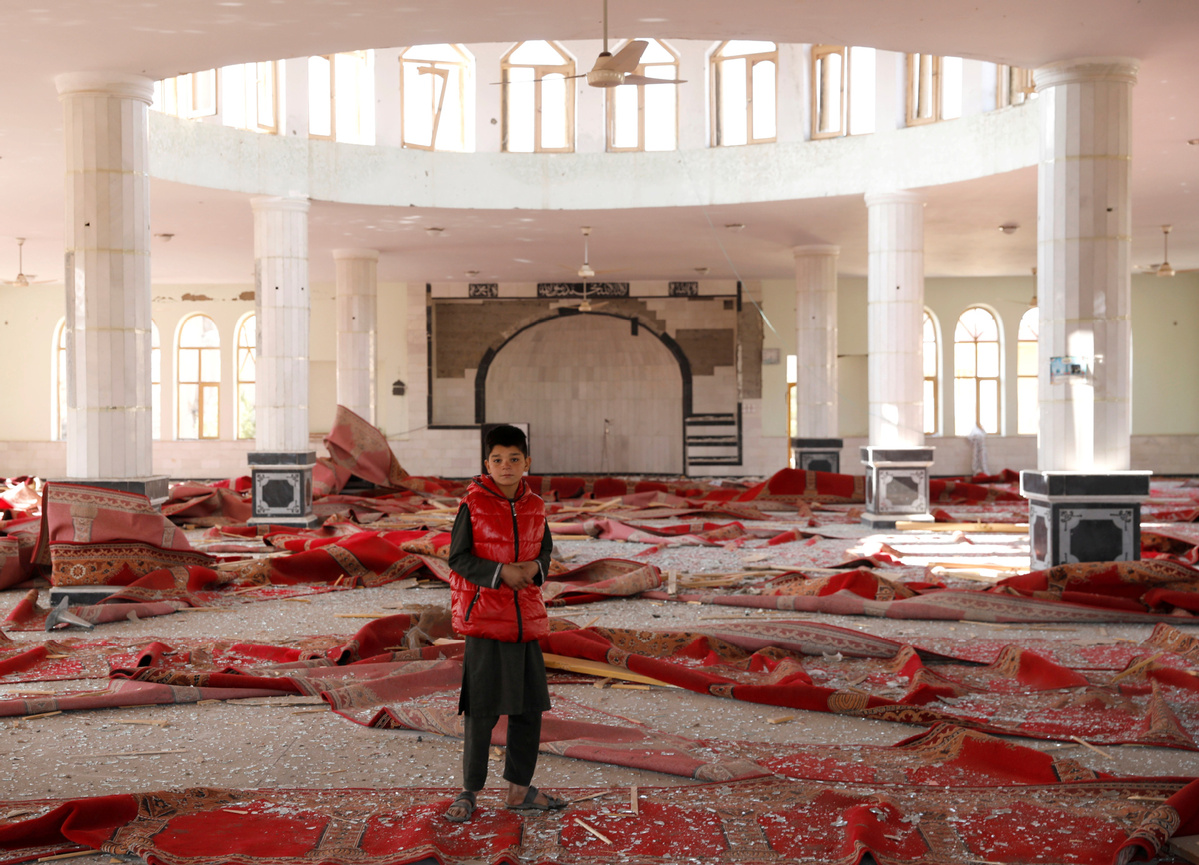 An Afghan boy stands inside a damaged mosque at the site of an attack in a US military air base in Bagram, north of Kabul, Afghanistan, on Dec 11, 2019. (Photo: Agencies)

KABUL - The Taliban outfit has claimed responsibility for the attack on the main US military base in Bagram 50 km north of Kabul on Wednesday that left eight dead including six attackers, two civilians and over 70 civilians injured.

In the bloody offensive which begun with a truck bomb at 05:50 am local time outside the south wall of the largest base of the US-led coalition forces in Bagram, according to Interior Ministry spokesman Nasrat Rahimi, two civilians including a woman were killed and more than 70 others wounded.

According to Rahimi, six insurgents who were involved in the deadly attack had all been killed in the explosion and the cleanup operations lasted for a while.

Although there is no statement of the US-led military coalition on the possible casualties of the alliance forces, media outlets reported wounding five Georgian soldiers.

Hours after the deadly attack, the Taliban outfit claimed responsibility.

Zabihullah Majahid who claims to speak for the Taliban group in a statement posted in his Twitter account said, "At around 06:00 am local time a suicide bomber targeted the main military base of the American occupying troops in Bagram airbase, killing dozens of American soldiers and their local colleagues".

According to the statement of the Taliban, the armed militants also entered the airbase and exchanged fire with the troops for a few hours.

Majahid also rejected the report of inflicting casualties on civilians, stressing that a few people were slightly wounded.

The attack on the US military took place after the peace talks between US delegation headed by Zalmay Khalilzad and the Taliban representatives were resumed in Qatar's capital Doha on Saturday, where reports said that the Taliban agreed not to target the US military stationed in Afghanistan.