KABUL, May 10 (Xinhua) -- The Taliban outfit has announced a three-day ceasefire with the Afghan government during the upcoming Eid al-Fitr holiday, a Taliban spokesman said on Monday. 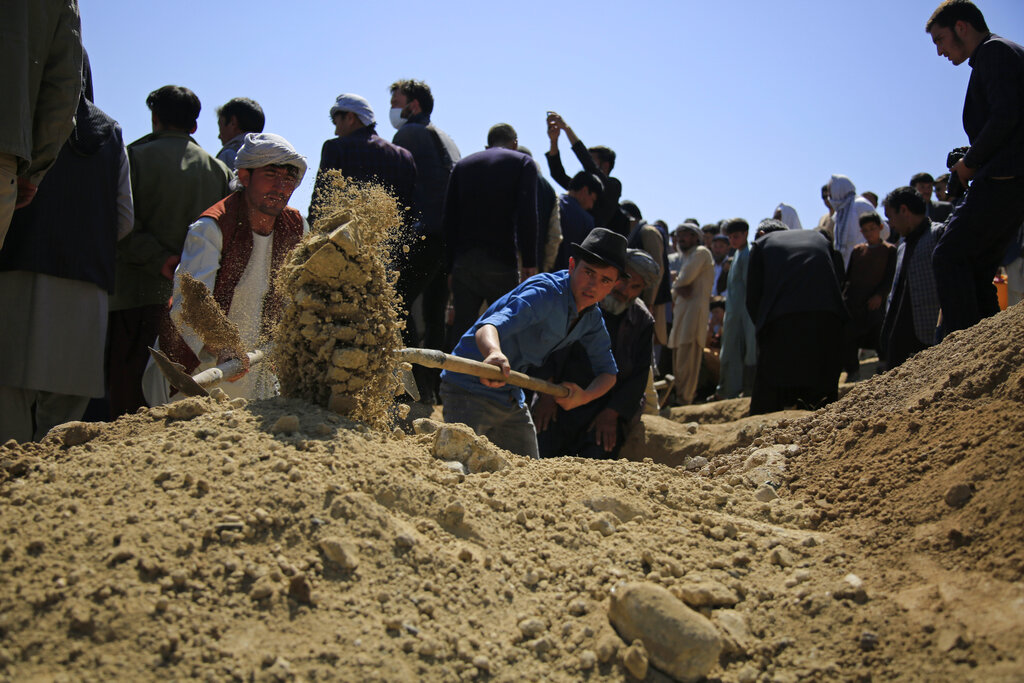 Afghan men bury a victim of deadly bombings on Saturday near a school, at a cemetery west of Kabul, Afghanistan, Sunday, May 9, 2021. (Photo: AP)

"To provide a peaceful and secure atmosphere for our compatriots to celebrate this joyous Eid al-Fitr with a greater peace of mind, all Mujahideen of the Islamic Emirate (name of the ousted Taliban regime) are instructed to halt all offensive operations against the enemy countrywide from the first till the third day of Eid," Zabihullah Mujahid, a Taliban spokesman, said on Twitter.

The first day of the Eid al-Fitr festival will probably fall on Thursday (May 13) this year, depending on the sighting of the moon.

The Taliban spokesman also urged the insurgent fighters not to go to areas under the control of the Afghan troops during the ceasefire.

The announcement came when clashes rage in the country as the Taliban-led insurgency and counter-insurgency traditionally get momentum in spring and summer commonly known as the fighting season.