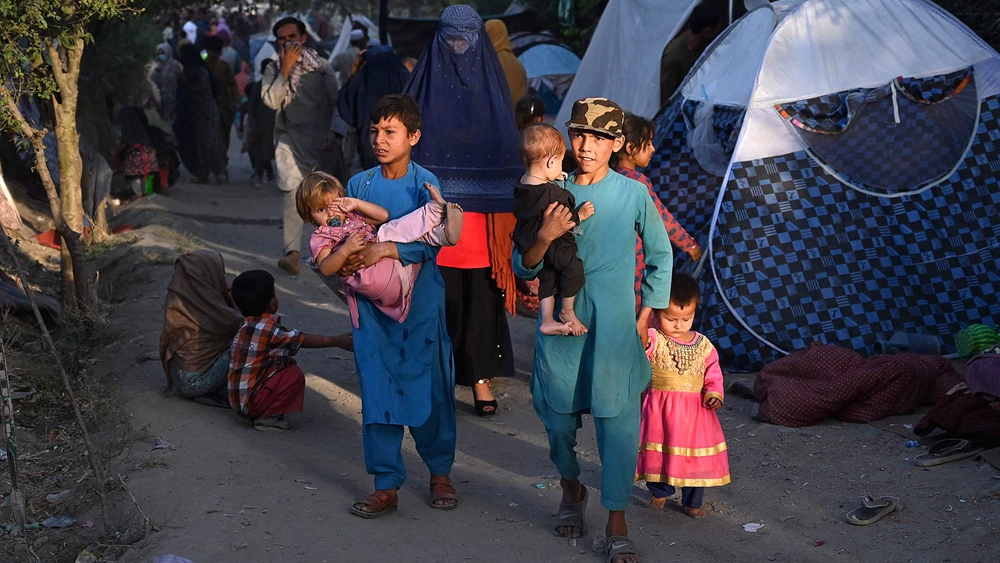 The Taliban on Wednesday denied targeting and killing civilians during an offensive against Afghan government troops, calling for an independent investigation and seeking to assure Afghans that "no home or family shall face any threat from our side."
The Islamist militants issued a statement after the United Nations said more than 1,000 civilians had been killed in the past month and the International Committee of the Red Cross (ICRC) said that 4,042 wounded people had been treated at 15 health facilities since August 1.
Taliban fighters have stepped up their campaign to defeat the U.S.-backed government since April as foreign forces started to withdraw after 20 years of war in the country. The group has seized 10 provincial capitals in the past week.
Taliban spokesperson Suhail Shaheen said in a statement that the group "has not targeted any civilians or their homes in any locality, rather the operations have been undertaken with great precision and caution." He instead blamed Afghan government troops and foreign forces for any civilian deaths.
The United States rejected the Taliban's denial of responsibility.
"There is, everywhere you look, compelling data points, evidence, imagery of the violence, the bloodshed, the potential atrocities that the Taliban are committing," U.S. State Department spokesman Ned Price told reporters. "We have seen it with our own eyes, from some of the footage that's emerging."
The Taliban proposed that a team made up of the United Nations, ICRC and other aid groups accompany their representatives "to conduct an impartial and independent investigation into the latest events."
Since the start of the year nearly 390,000 people have been displaced by the Afghan conflict with a "huge spike" since May, UN spokesman Stephane Dujarric told reporters on Wednesday.
"Between July 1 and August 5, 2021, the humanitarian community verified that 5,800 internally displaced persons and arrived in Kabul," Dujarric said.

The failure of Afghan security forces to blunt the advance of the Taliban has left U.S. officials deeply frustrated after spending billions to train and equip the country's military for two decades.
President Joe Biden and other officials have repeatedly called for Afghan leaders to unite and fashion a clear strategy amid mounting worries that the insurgents could besiege Kabul within months.
"We spent over a trillion dollars over 20 years. We trained and equipped with modern equipment over 300,000 Afghan forces," Biden said Tuesday after the Taliban captured several more provincial capitals with little resistance.
"Afghan leaders have to come together," Biden said. "They've got to fight for themselves, fight for their nation."

Ahead of the completion of the US withdrawal on August 31, the Pentagon and the State Department closely echoed Biden's words.
"The Afghan forces have the capability, they have the capacity, they have numerical advantage, they have an air force," said Defense Department spokesman John Kirby on Tuesday. "It's really going to come down to the leadership and the will to use those capabilities."
Carter Malkasian, a former Pentagon official and author of "The American War in Afghanistan," said that the most capable military commanders and many tribal and ethnic leaders are staying in Kabul for political reasons when they need to be out on the frontlines.
"They need some encouragement from the government and other major leaders like (former president) Hamid Karzai to get out there and to go fight for their communities and not sit in Kabul," Malkasian said.
Afghan President Ashraf Ghani returned to the capital on Wednesday after a flying visit to the northern city of Mazar-i-Sharif to rally his beleaguered forces. Ghani said earlier this month that the country's deteriorating security was a result of Washington's abrupt decision to withdraw troops.
(With input from Reuters, AFP)