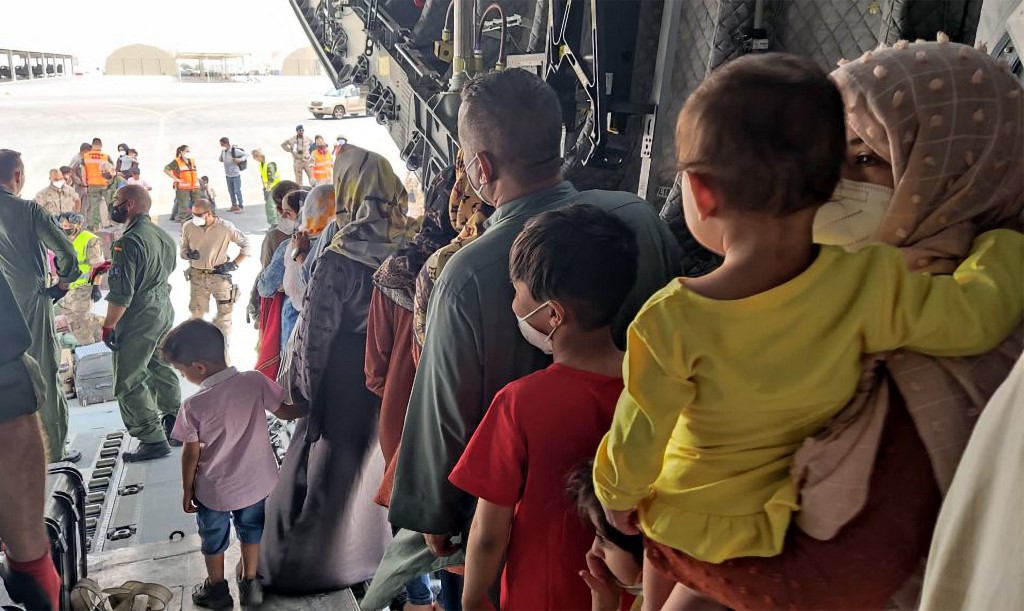 In this handout image released by the Spanish Ministry of Defence on August 20, 2021, Afghan collaborators with the Spanish mission in Afghanistan and their families, arrive in Dubai prior to flying to Spain. (Photo: AFP)

"The report about kidnapping is a rumor. The Taliban members are helping all foreign nationals to get access to the airport. We are determined to provide safe passage to all foreigners to get to the airport," Ahmadullah Waseq, a Taliban spokesperson, told local media Eitlalatroz.

He said Taliban forces were escorting about 150 Indian citizens to safely enter the airport.

Following the Taliban's takeover of the Afghan capital on Sunday, thousands of Afghans have flooded to Kabul airport to leave the country.

The evacuation flights were continuing as three flights took off on Saturday morning, resident Farhad Mohammadi said. About 5,000 U.S. troops have been deployed in Kabul airport to help with the airlift process.

At least 12 people have been killed in gun shootings and stampedes in the airport since Sunday.

The situation in Afghanistan remains uncertain after the Taliban's swift takeover of most parts of the country.