KUNDUZ, Afghanistan, Aug. 8 (Xinhua) -- Taliban militants have gained ground in the strategically important Kunduz city along the border with Tajikistan amid government forces' operations to beat back the insurgents, a local official said Sunday. 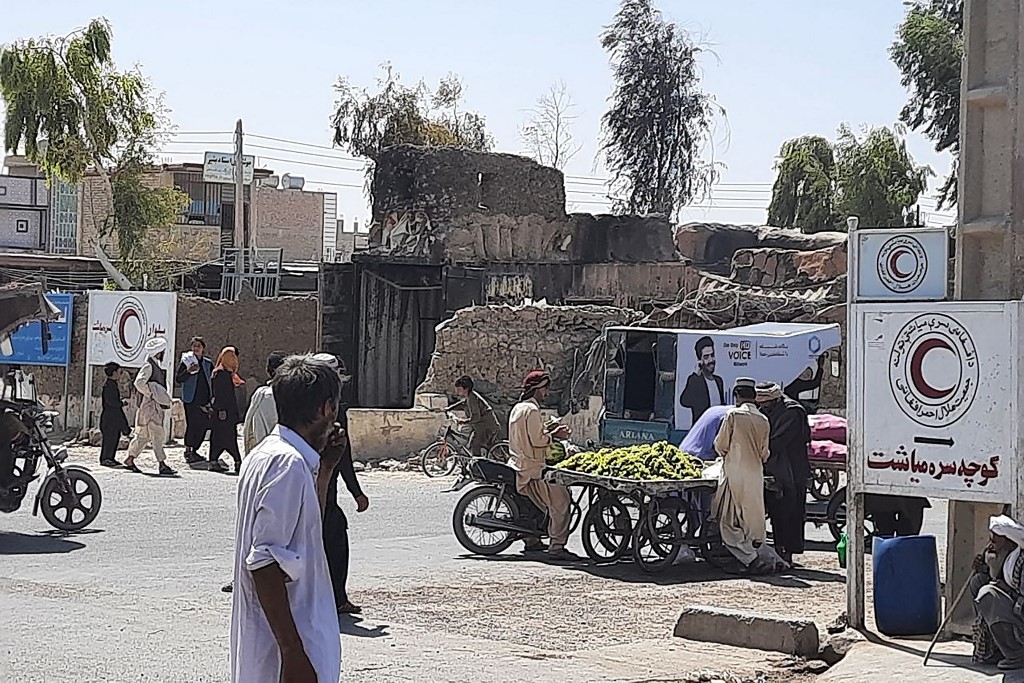 Afghan men walk along a road in Zaranj on August 7, 2021 after Taliban captured their first provincial capital since launching an offensive to coincide with the departure of foreign troops, a major blow to an Afghan government desperately trying to push back the insurgents. (Photo: AFP)