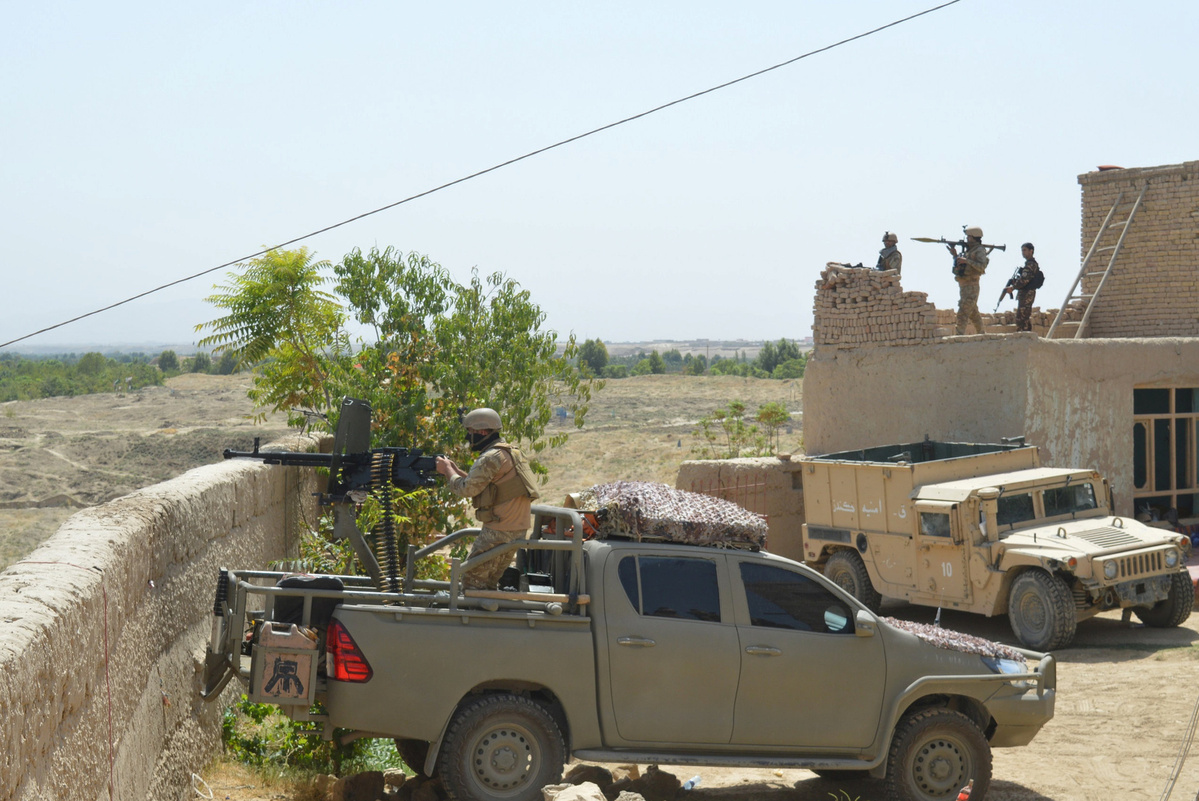 KABUL-The Taliban attacked a second Afghan city in as many days on Sunday and killed several members of security forces, officials said, even as Washington's peace envoy said the United States and the militant group are "at the threshold of an agreement" to end US' longest war.

The attack on the capital of Baghlan province came hours after US envoy Zalmay Khalilzad said he warned the Taliban during talks in Qatar that "violence like this must stop". But he appeared determined to move forward on a deal that plans the withdrawal of about 14,000 remaining US troops in exchange for Taliban guarantees that Afghanistan will not be used as a launchpad for global attacks.

Khalilzad was visiting Kabul on Sunday to brief the Afghan government on a deal that is not yet final. Both he and the Taliban confirmed the latest round of talks had ended.

The attacks are seen as strengthening the negotiating position of the Taliban, who control or hold sway over roughly half of Afghanistan and are at their strongest since their 2001 defeat by a US-led NATO invasion. Some critics warn that the Taliban are merely waiting out the US and that another US goal in the talks, a cease-fire, likely will not happen as foreign troops leave.

In Baghlan the spokesman for the provincial police chief, Jawed Basharat, said gunbattles continued on the outskirts of its capital, Puli Khumri.

Provincial council member Mabobullah Ghafari told The Associated Press that he had seen the bodies of at least six members of the security forces and that the situation was worsening by the hour. If reinforcements don't arrive from the central government the city could fall, he said.

"People are fleeing their houses and properties trying to escape from the city," Ghafari said, adding that the Taliban had occupied some checkpoints with no resistance from security forces.

"We hear the sound of blasts. The people are so worried," said Safdar Mohsini, the provincial council chief. "The Taliban are in residential areas fighting with Afghan security forces. We need reinforcements to arrive as soon as possible."

If the Taliban enter the city, they will be very difficult to repel, Mohsini added. The city of more than 220,000 people is about 230 kilometers north of Kabul.

Taliban spokesman Zabihullah Mujahid in a Twitter post asserted that fighters were inside Puli Khumri and that the governor's house was under siege.

The assault came a day after the Taliban attacked Kunduz, one of Afghanistan's largest cities, in the province to the north and killed at least 16 people and wounded nearly 100.