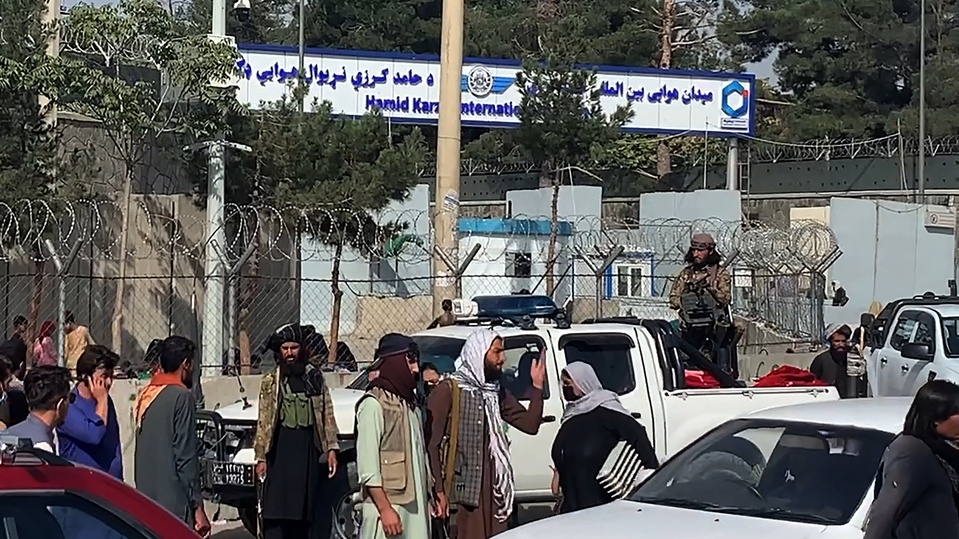 The Taliban imposed some order around Kabul airport on Sunday, firing in the air and using batons to make sure people formed orderly queues outside the main gates and did not gather at the perimeter, witnesses told Reuters.

There were no major injuries, and long lines of people were forming in front of the gates of the Hamid Karzai International Airport, the witnesses said.

A Taliban official, speaking to Reuters on Saturday, said security risks could not be ruled out but that the group was "aiming to improve the situation and provide a smooth exit" for people trying to leave over the weekend.

Britain's Ministry of Defense said on Sunday seven Afghan civilians have been killed in the chaos around the airport in recent days.

"Conditions on the ground remain extremely challenging but we are doing everything we can to manage the situation as safely and securely as possible," the ministry said in a statement.

At least 12 people have been killed in and around the single-runway airfield since last Sunday, NATO and Taliban officials said. Some were shot and others died in stampedes, witnesses have said.

On Saturday, the United States and Germany told their citizens in Afghanistan to avoid traveling to Kabul airport, citing security risks as thousands of desperate people gathered trying to flee.

The Taliban's swift takeover of Afghanistan has sparked fear of reprisals and a return to a harsh version of Islamic law the Sunni Muslim group exercised when it was in power two decades ago.

Crowds have grown at the airport in the heat and dust of the day over the past week, hindering operations as the United States and other nations attempt to evacuate thousands of their diplomats and civilians as well as numerous Afghans. Mothers, fathers and children have pushed up against concrete blast walls in the crush as they seek to get a flight out. 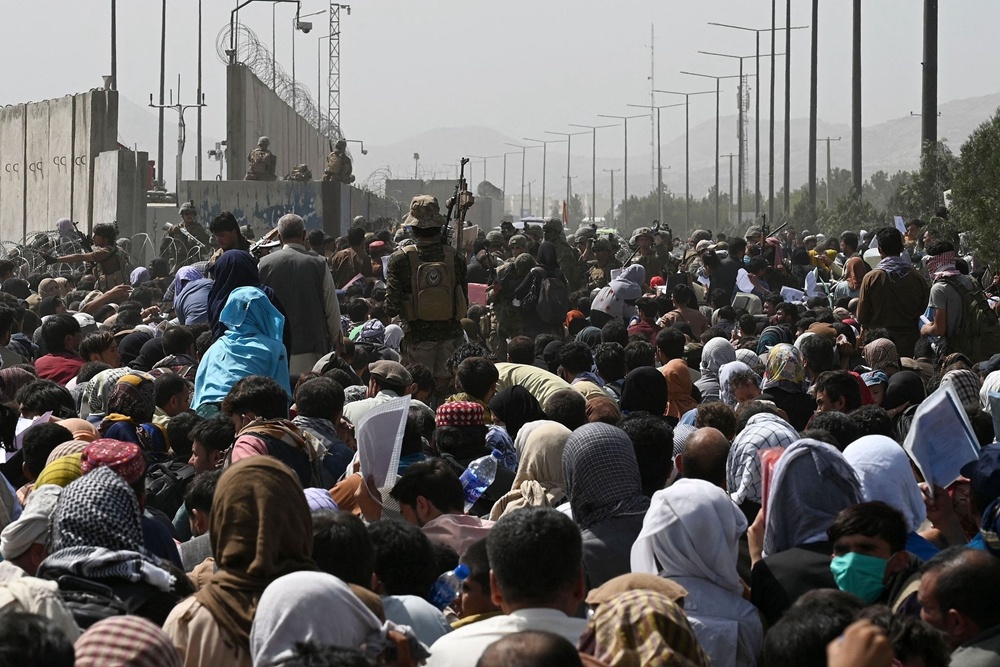 Afghans gather on a roadside near the military part of the Hamid Karzai International Airport in Kabul, Afghanistan, August 20, 2021. (Photo: CFP)

Army Major General William Taylor, with the U.S. military's Joint Staff, told a Pentagon briefing on Saturday that 5,800 U.S. troops are at the airport and that the facility "remains secure."

Taylor said some gates into the airport that were temporarily closed had reopened over the past day to facilitate a safe influx of evacuees.

Taylor said the United States in the past week has evacuated 17,000 people, including 2,500 Americans, from Kabul. He said in the past day 3,800 people were evacuated on U.S. military and chartered flights.

Switzerland postponed a charter flight from Kabul on Saturday because of the chaos at the airport.

Australia ran four flights into Kabul on Saturday night, evacuating more than 300 people, Prime Minister Scott Morrison said Sunday, adding, "We are uplifting not just Australians and Afghan visa holders for Australia, but those from the United Kingdom, the United States and New Zealand." Australia has now evacuated approximately 550 people from Kabul since the Afghan capital fell to the Taliban.

France carried out its fifth evacuation operation on Saturday night, according to local reports. Following the fourth evacuation completed on Friday night, the Defense Ministry said it had evacuated more than 570 people, including at least 407 Afghans, to safety in Paris.

U.S. President Joe Biden will provide an update on Sunday on the evacuation of American citizens and refugees from Afghanistan, the White House said.

Biden is due to speak at 4 p.m. EDT (2000 GMT), after meeting with his national security team to hear intelligence, security and diplomatic updates on the evolving situation in Afghanistan, the White House said.

The U.S. president has come in for severe criticism over the situation in Afghanistan, including from former President Donald Trump, who called it "the greatest foreign policy humiliation" in U.S. history, even though Trump's administration had negotiated the withdrawal that triggered the collapse.

"Biden's botched exit from Afghanistan is the most astonishing display of gross incompetence by a nation's leader, perhaps at any time," Trump told a boisterous rally in Alabama.