WORLD Taliban pledge to be 'different', as Afghans flee

Taliban pledge to be 'different', as Afghans flee

The Taliban have offered a pledge of reconciliation, vowing no revenge against opponents and to respect women's rights in a "different" rule of Afghanistan from two decades ago. 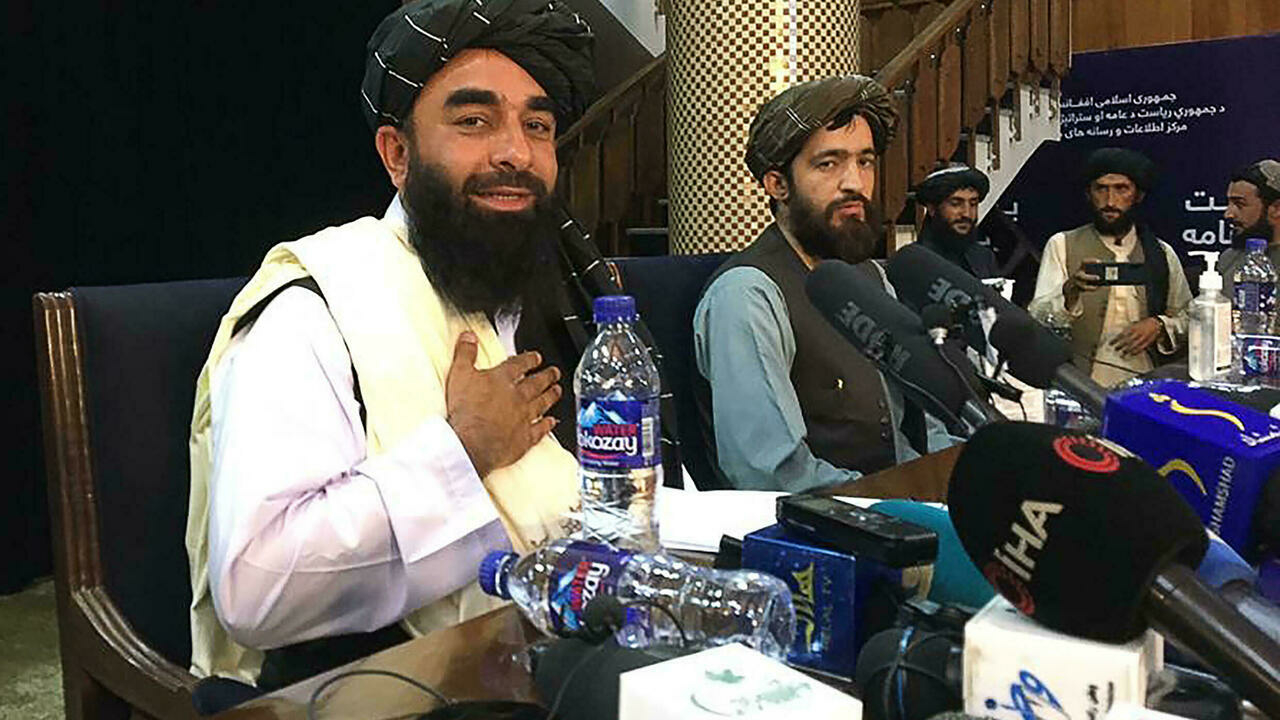 The Taliban are pledging to rule differently from their last stint from 1996-2001. (Photo: AFP)

The announcements came on Tuesday night shortly after the return to Afghanistan of their co-founder, crowning the group's astonishing comeback after being ousted by a US-led invasion in 2001.

With huge concerns globally about the Taliban's brutal human rights record -- and tens of thousands of Afghans still trying to flee the country -- they held their first press conference from Kabul.

"All those in the opposite side are pardoned from A to Z," Taliban spokesman Zabihullah Mujahid told foreign and local reporters, revealing his identity for the first time.

"We will not seek revenge."

Mujahid said the new regime would be "positively different" from their 1996-2001 stint, which was infamous for deaths by stoning, girls being banned from school and women from working in contact with men.

"If the question is based on ideology, and beliefs, there is no difference... but if we calculate it based on experience, maturity, and insight, no doubt there are many differences," Mujahid told reporters.

He also said they were "committed to letting women work in accordance with the principles of Islam", without offering specifics.

A spokesman for the group in Doha, Suhail Shaheen, told Britain's Sky News that women would not be required to wear the all-covering burqa, but he did not say what attire would be acceptable.

Nevertheless, Afghans and foreigners continued to flee the country, with the United States and other nations stepping up evacuation airlifts from Kabul.

Desperate scenes from the airport at the start of the week have created searing images of Afghans terrified of the Taliban, and a diminished United States unable to protect them.

Some footage showed hundreds of people running alongside a US Air Force plane as it rolled down the runway, with some clinging to the side of it.

One person was later found dead in the wheel well of the plane.

"Before the air crew could offload the cargo, the aircraft was surrounded by hundreds of Afghan civilians," US Air Force spokeswoman Ann Stefanek said, explaining the events.

"Faced with a rapidly deteriorating security situation around the aircraft, the C-17 crew decided to depart the airfield as quickly as possible."

Crowds also built outside embassies in Kabul on Wednesday on rumours that governments were offering asylum.

The United Nations Human Rights Council announced on Tuesday it would hold a special session on Afghanistan next week to address the "serious human rights concerns" under the Taliban.

US President Joe Biden's administration gave a non-committal response to the Taliban's pledges of tolerance.

"If the Taliban says they are going to respect the rights of their citizens, we will be looking for them to uphold that statement and make good on that statement," State Department spokesman Ned Price said.

Russia and China have quickly signalled their willingness to work with the Taliban.

Russia said Tuesday that the Taliban's initial assurances had been a "positive signal" and the militants were behaving in a "civilised manner".

Mullah Abdul Ghani Baradar, the co-founder and deputy leader of the Taliban, arrived back in Afghanistan on Tuesday night.

He chose to touch down in the country's second biggest city Kandahar -- the Taliban's spiritual birthplace and capital during their first time in power.

He arrived from Qatar, where he has spent months leading talks with the United States and then Afghan peace negotiators.

Footage released by pro-Taliban media showed crowds gathering around Baradar at the airport, pumping their fists in the air and chanting in celebration.

But for those fearing reprisals from the Taliban, the emotions were opposite.

"Sometimes I stand in front of the window and I think about how I got here and how I'm lucky that I'm not in Afghanistan now," Afghan human rights researcher Mohammad Ehsan Saadat, who fled his home country with his family, told AFP in Canada.

In Kabul, some shops have reopened and traffic is on the streets, but schools remain closed and tensions are still high.

"The fear is there," said a shopkeeper who asked not to be named after reopening his store.