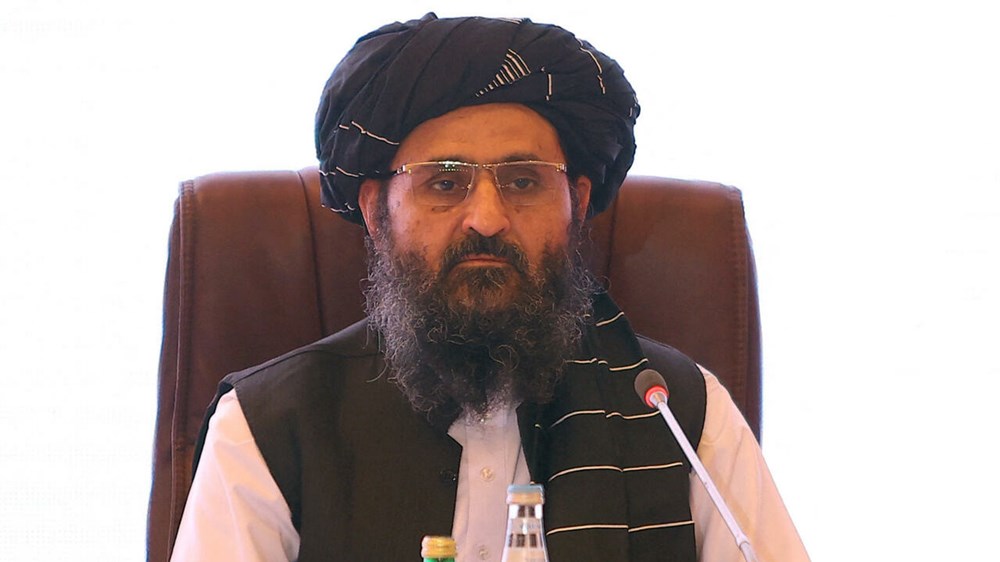 The leader of the Taliban negotiating team Mullah Abdul Ghani Baradar looks on the final declaration of the peace talks between the Afghan government and the Taliban is presented in Qatar's capital Doha on July 18, 2021. (File photo: AFP)

The spokesman said on Twitter that the delegation landed at the Kandahar Airport in southern Afghanistan.