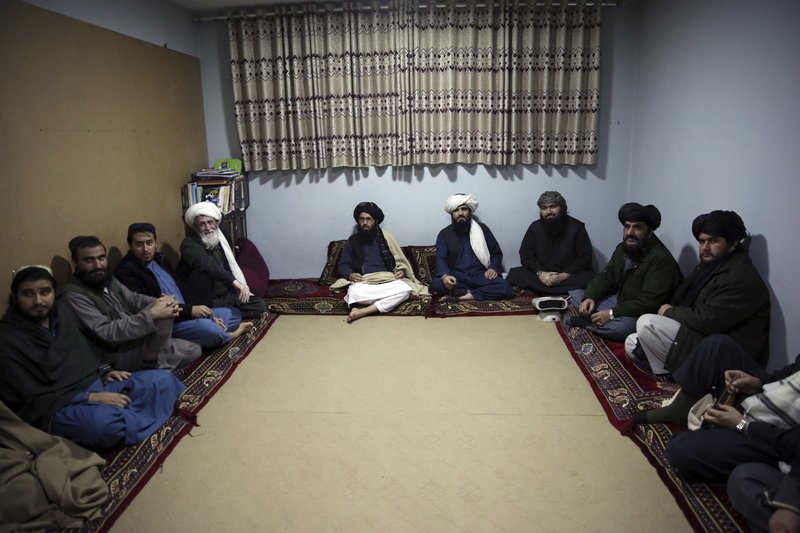 In this Dec. 14, 2019 file photo, jailed Taliban sit inside the Pul-e-Charkhi Jail after speaking with The Associated Press, in Kabul, Afghanistan. (Photo: AP)

The Taliban said Wednesday the group was ready to declare a cease-fire in areas of Afghanistan under its control if they are hit by a coronavirus outbreak.

The announcement follows a U.N. Security Council statement Tuesday urging Afghanistan’s warring parties to heed the U.N. secretary-general’s call for an immediate cease-fire to respond to the pandemic and ensure the delivery of humanitarian aid throughout the country.

“If, God forbid, the outbreak happens in an area where we control the situation then we will stop fighting in that area,” Taliban spokesman Zabihullah Muajhed told The Associated Press.

The Taliban have also said they would guarantee the security of health and aid workers traveling to their areas offering assistance to prevent the spread of the new virus.

It wasn’t clear how many cases would need to be confirmed in any given area for the insurgent group to announce a cease-fire and there was no immediate response from the government.

Afghanistan has 196 confirmed cases, including 24 deaths. Earlier this week, the government imposed a lockdown in several cities fearing an explosion in new cases, which would overwhelm an impoverished health care system already devastated by decades of relentless war.

Particularly worrisome are the more than 200,000 Afghans who returned just this year from hard-hit Iran, where more than 47,000 people have tested positive and the virus has killed more than 3,000 — the most in the Middle East.

Afghanistan’s squabbling political leaders were urged to settle their differences to be ready to provide a united front against a worsening outbreak but also to begin “meaningful talks with the Taliban to achieve a sustainable peace,” according to Tuesday’s U.N. statement.

“The choice is made stark by the all-encompassing threat of COVID-19, which poses grave dangers to the health of Afghanistan’s population and, potentially, to the stability of its institutions,” she said.

Frustrated by Afghanistan’s bickering leadership, Washington has threatened to withhold $1 billion in aid if the country’s rival presidents do not find a compromise and settle on a power-sharing deal.

The Taliban have used their WhatsApp groups to share pictures of local health officials in white gowns and masks handing out protective masks and bars of soap to locals.

In a slick English-language video the Taliban said its health commission in northern Kunduz province created anti-coronavirus teams who were “working home to home and village to village for public awareness.” The video said the commission has set up quarantine centers where those suspected of carrying the virus would be kept. They said they would test people coming from other areas and were distributing protective gloves and masks and pamphlets.

The Taliban are at their strongest since being ousted from power in 2001 and according to most estimates now control or hold sway in nearly half the country.

Meanwhile, a three-member Taliban delegation was in the Afghan capital Kabul to sort out the mechanics of a prisoner exchange with the government, the first step toward intra-Afghan negotiations, according to a deal signed between the Taliban and the United States.

The two sides met but there were no details on when the prisoner releases may begin. The U.S.-Taliban deal calls for the release of up to 5,000 Taliban and the freedom of up to 1,000 government personnel.