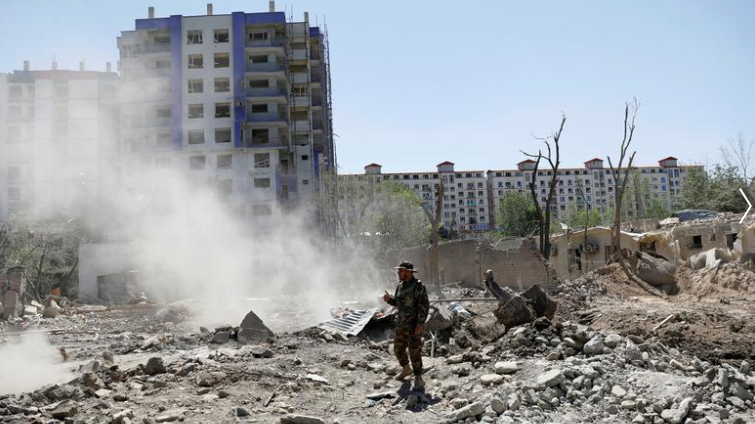 The Taliban has rejected an Afghan government call for a ceasefire for the Muslim holy month of Ramadan and to let authorities focus on tackling the coronavirus, raising new concerns about prospects for a fragile peace process. The rejection came after President Ashraf Ghani made the ceasefire proposal on Thursday.

Hopes for an end to Afghanistan's decades of war were raised in late February when the Taliban and the United States struck a deal on the withdrawal of US-led foreign forces in exchange for Taliban security guarantees.

But the deal did not include a ceasefire, which has been left to the US-backed government to negotiate with the insurgents.

Despite NATO's appeals for a ceasefire and resumption of peace talks with Kabul, the Taliban insurgents have intensified violence over the last two weeks, launching daily attacks estimated by NATO and Afghan officials to be above 50 times per day. This week alone, dozens of members of the Afghan security forces, civilians and Taliban fighters have been killed in clashes.

Adding to the cause for concern is the Taliban recoiling from reducing violence even as the fast-spreading coronavirus is overwhelming the country's weak health system and ravaging an economy largely dependent on foreign donations.

Observers believe the health crisis should have brought the two sides together as is the case in other conflict-ridden areas, but apparently it doesn't seem to have worked in Afghanistan. The recent intensification of violence also comes as Ramadan begins, another signal that testifies to the Taliban's reluctance to abate violence.

One of the latest assaults was carried out late Thursday and killed 13 members of a government-funded militia which was preparing food for a meal before fasting.

"We didn't think the Taliban would attack the eve of the first day of Ramadan," Mubarak Shah Azizi, the militia unit's commander, told the New York Times. "The food we had prepared was left like that. We are busy with the burials today."

Though the offensives in the battlefield appear to be relentless, the Taliban seem intent to keep the attacks away from the public spotlight as they eschewed publicizing each attack as vigorously across social media and shunned bombing cities.

Taliban spokesman Suhail Shaheen said in a post on Twitter that a ceasefire would be possible if the peace process was being implemented "fully" but "hurdles" meant the Taliban would not yet lay down their arms.

"Asking for a ceasefire is not rational and convincing," Shaheen said in his post late on Thursday.

The main impediment to the peace process is the differences between the two sides over the question of the prisoner release, one of the main topics laid out in the February agreement. The Taliban has been accusing the Afghan government and the US administration of not holding up the deal, while Ghani is only implementing the releases in a phased manner and on his terms.

Afghanistan has detected more than 1,300 cases of the virus but health experts say the number could be higher as testing is limited and Afghanistan's weak health system would struggle with a widespread outbreak.

The Taliban, fighting for years to expel foreign forces, agreed in February to a week-long "reduction in violence" to secure the agreement with the United States, which was signed on February 29. But they resumed attacking government forces soon after.