BEIJING, Aug. 11 (Xinhua) -- The Taliban on Tuesday claimed it has seized Farah city, capital of Afghanistan's western Farah province, which is the seventh provincial capital it has captured over the past four days.

The rapid deterioration in Afghanistan's security is mainly attributed to the "hasty" retreat of U.S. troops, which has only left a mess and violence after a 20-year war, according to analysts. 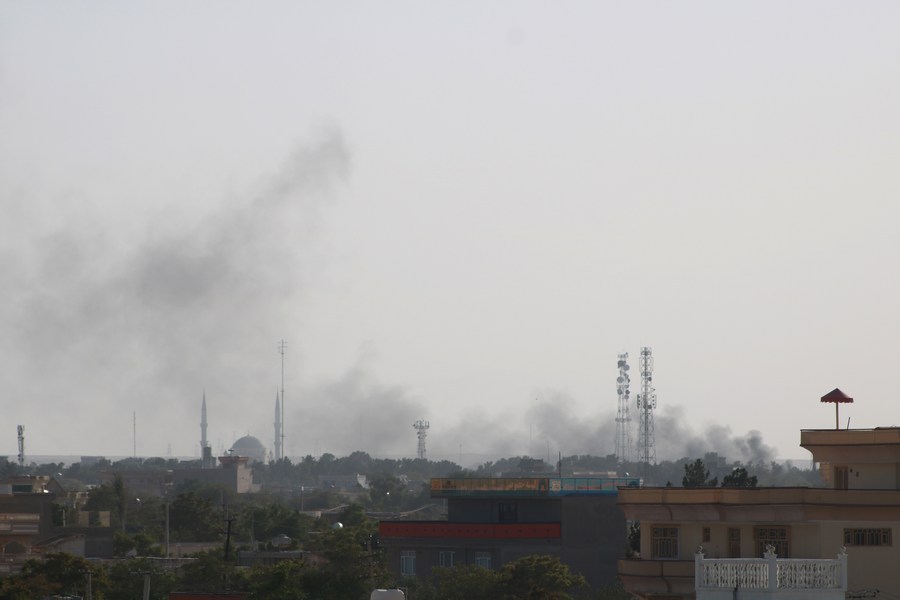 Apart from Farah city, the Taliban has reportedly seized over the past week Sari Pul, Kunduz, Shiberghan, Aybak and Taluqan cities in the northern region, and Zaranj city in the western part of the country.

In recent days, the United States has carried out airstrikes against the Taliban as the group made rapid military advances across the country.

Many Afghan cities and about half of the country's 34 provinces have seen heavy battles and street fighting between Afghan forces and Taliban fighters.

"What we are doing around the clock is seeking to find a way out of this," U.S. State Department spokesperson Ned Price told reporters in a daily briefing, noting that U.S. Special Representative for Afghanistan Reconciliation Zalmay Khalilzad is in Doha for meetings with representatives from regional countries to press for a reduction in violence and a ceasefire.

Earlier this month, Afghan President Mohammad Ashraf Ghani blamed the speedy withdrawal of U.S.-led troops for the worsening violence in his country.

Stanislav Zas, secretary general of the Russia-led Collective Security Treaty Organization, noted that after the United States and its allies withdrew troops from Afghanistan, the situation there has significantly aggravated and the country is being increasingly engulfed by chaos, causing instability in the region, reported the TASS news agency on Monday.

Since 2009 when the United Nations reporting began, the fighting across Afghanistan has claimed over 40,000 lives. In July alone, more than 1,000 people have been killed or injured by attacks in Hilmand, Kandahar and Hirat provinces, said UN Undersecretary-General for Humanitarian Affairs and Emergency Relief Coordinator Martin Griffiths in a statement. 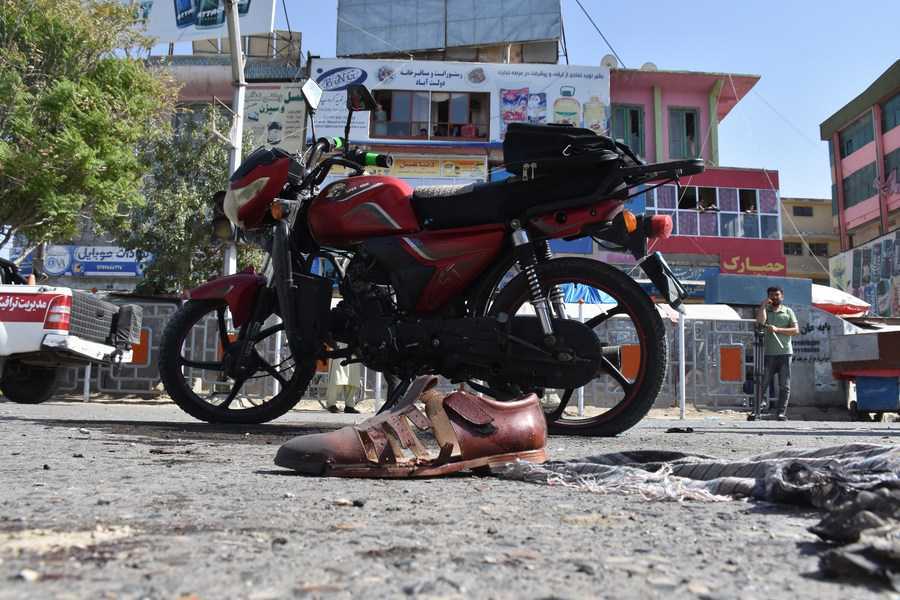 Photo taken on Aug. 6, 2021 shows the site of a bomb explosion in Mazar-i-Sharif, capital of Balkh province, Afghanistan.

Observers believe that if the conflict between the Taliban and the government forces turns into a long-term military impasse, Afghanistan will become "another Syria."

Wang Shida, deputy director of the China Institutes of Contemporary International Relations, told Xinhua that over the past decade, the Taliban has been expanding its influence in Afghanistan's rural areas, especially those near provincial capitals, which is why it can seize large swathes of rural areas quickly and even take provincial capitals.

Meanwhile, Afghan government forces have been long operating in urban areas, especially in capital Kabul and its surroundings. Therefore, whether the Taliban can overthrow the Afghan government in a short term remains unclear, Wang said.

Zhu Yongbiao, director of the Research Center for Afghanistan at China's Lanzhou University, shares a similar view with Wang, saying Afghanistan may follow in the steps of Syria.

Considering the Taliban has lost many mid-level commanders in recent battles and it takes time to train new commanders, the group may slow the pace of fighting. Meanwhile, the government forces are unlikely to be defeated in a short time, Zhu explained.

Leon Panette, former U.S. defense secretary, said: "The most you can hope for now is some kind of stalemate" between Afghan forces and Taliban fighters, who have shown little interest in reaching an accord since the American troop withdrawal was announced, the New York Times reported Sunday. 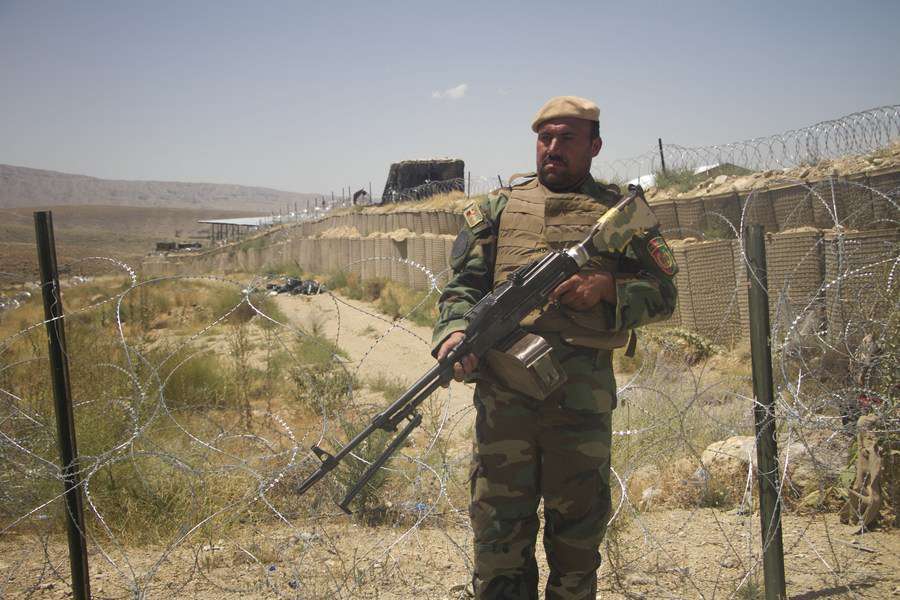 On Tuesday, U.S. President Joe Biden called on the Afghan troops to fend for themselves as well as promised to keep Washington's word.

"We spent over a trillion dollars over 20 years. We trained and equipped with modern equipment over 300,000 Afghan forces. And Afghan leaders have to come together," Biden told reporters at the White House. "They've got to fight for themselves, fight for their nation."

"We are going to continue to keep our commitment," he added, noting he does not regret his decision to withdraw U.S. troops from the country.

The U.S. retreat and its spillover have drawn criticism from inside the United States and its allies.

The impact of the U.S. drawdown "could be tragic for the country and dangerous for the U.S. and the wider world," wrote Gideon Rachman, chief foreign affairs commentator of the Financial Times, in late July.

"If the United States ceases anti-Taliban operations on Aug. 31, that would send confusing messages and could have a demoralizing impact on the ANSF (Afghan National Security Forces). But if it continues such ops, U.S. is basically continuing its war, even post-withdrawal," tweeted Michael Kugelman, deputy director of the Asia Program and senior associate for South Asia at the Wilson Center based in Washington.