AYBAK, Afghanistan, Sept. 15 (Xinhua) - A total of 12 militants including Mawlawi Noorudin, the shadow governor of Taliban for the northern Samangan province, were killed as fighting aircraft struck the armed outfit's hideout in the relatively restive province on Sunday, army spokesman in the region Mohammad Hanif Rezai said. 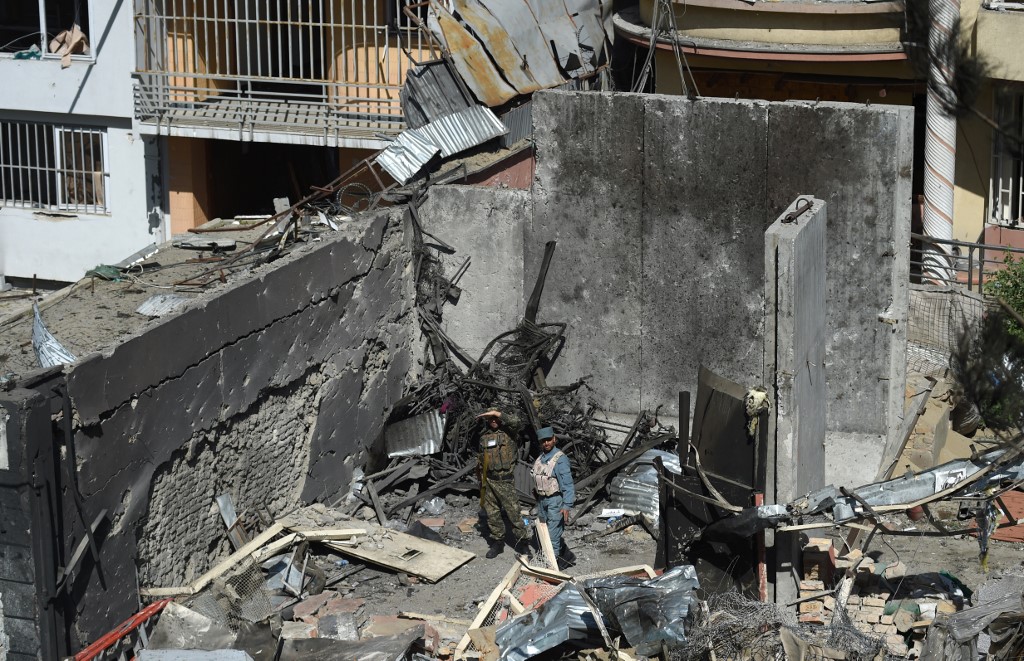 Afghan security forces gather at the site of an attack by Taliban militants, a day after the assault on a compound housing an international aid organisation, in Kabul on May 9, 2019.(File photo: AFP)

Without providing more details, the official said the security forces would continue to chase the insurgents elsewhere in the province.

Taliban militants have not made comments on the report yet.