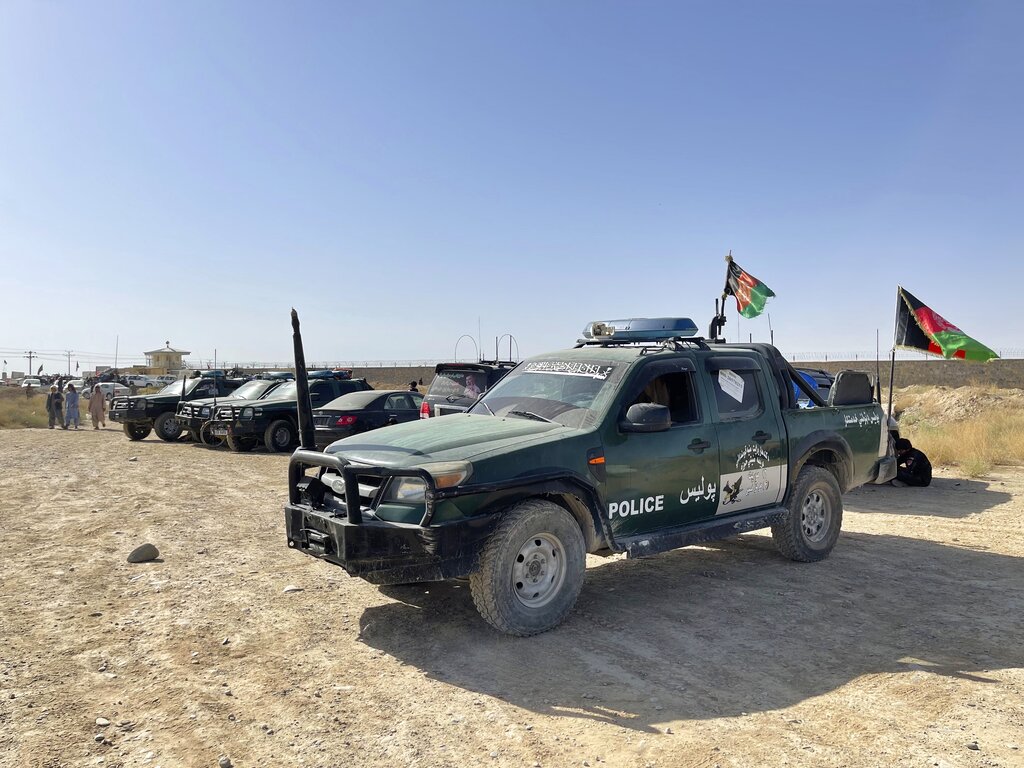 Afghan military and police vehicles are parked at the army base in Kandahar during fighting between the Taliban and Afghan security personnel in the province, southwest of Kabul, Afghanistan, Friday, Aug. 13, 2021. (Photo: AP)

The Taliban captured the provincial capital of Logar province Friday, just 50 km (30 miles) from Kabul, effectively opening a path to the seat of the nation.

"Now the Taliban are 100 percent in control. There is no fighting at the moment. Most of the officials fled to Kabul," lawmaker Saeed Qaribullah Sadat told AFP.