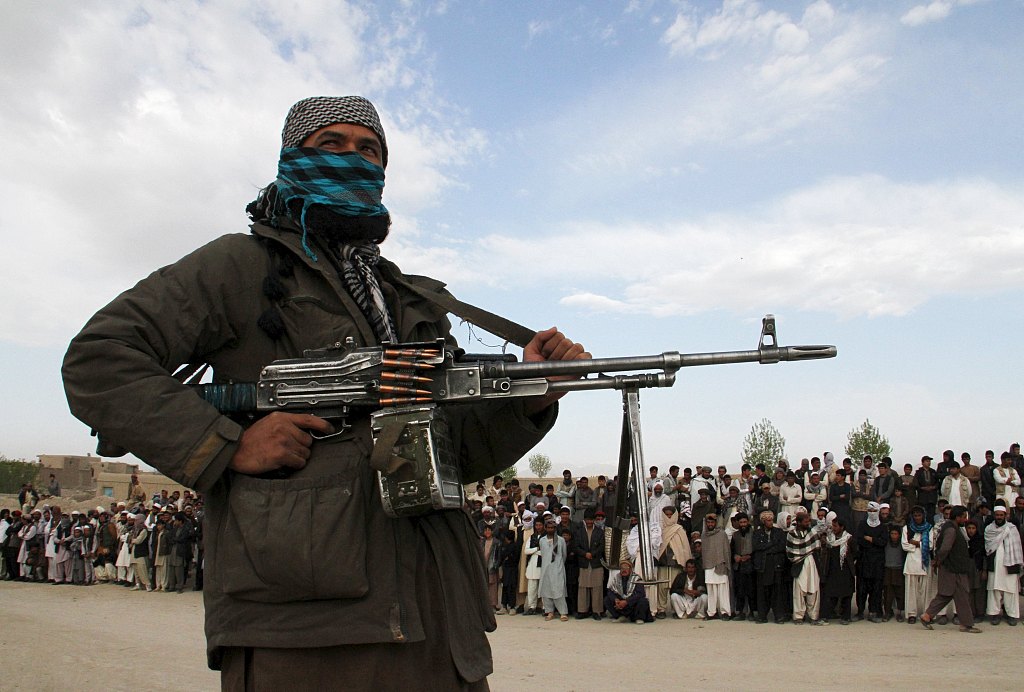 The Taliban warned Afghans on Tuesday to keep away from election rallies and ordered its fighters to "stand against" the planned September vote.

The militants and other insurgent groups conducted frequent attacks during previous elections, and this year's campaign season has already been rocked by deadly violence.

The presidential election is slated for September 28, but the race has got off to a lacklustre start and some candidates have yet to launch their campaigns.

Many observers think the poll will be postponed again -- it has already been pushed back twice this year -- to create space for a peace deal to be finalised between the US and the Taliban.

The Taliban said its fighters should "stand against this theatrical and sham of a process to their full capabilities" -- a clear instruction to conduct attacks.

"To prevent losses, God forbid, from being incurred by our fellow compatriots, they must stay away from gatherings and rallies that could become potential targets," a message posted on the Taliban's website stated.

The Taliban said Afghan elections do not "hold any value", referring to the 2014 presidential poll that was mired in fraud allegations and saw the US broker a power-sharing deal between President Ashraf Ghani and Chief Executive Abdullah Abdullah.

In a statement, Ghani's office said security forces are "fully prepared" to protect Afghans against Taliban threats and would not allow anyone to disrupt polls.

"Participation in elections and choosing a leader through direct voting is the religious and legal right of the Afghan people," the statement read.

"The Afghan government has made all preparations to hold a free, fair and transparent election".

"At a time when the Taliban claims to be pursuing peace, it is threatening to carry out war crimes by attacking civilians at election rallies", Sultani said.

Privately, many Afghans say they have no intention of voting, given the security risks and the perception of fraud.

The US and the Taliban are currently meeting in Doha for an eighth round of talks aimed at striking a peace deal that would slash the US military presence in Afghanistan.

Both sides have cited "excellent progress".

"With that, the peace agreement will be completed and then we will decide on the announcement of the date of the agreement."

According to the UN, more than 1,500 civilians were killed or wounded in the Afghan conflict in July alone, the highest monthly toll so far this year and the worst single month since May 2017.