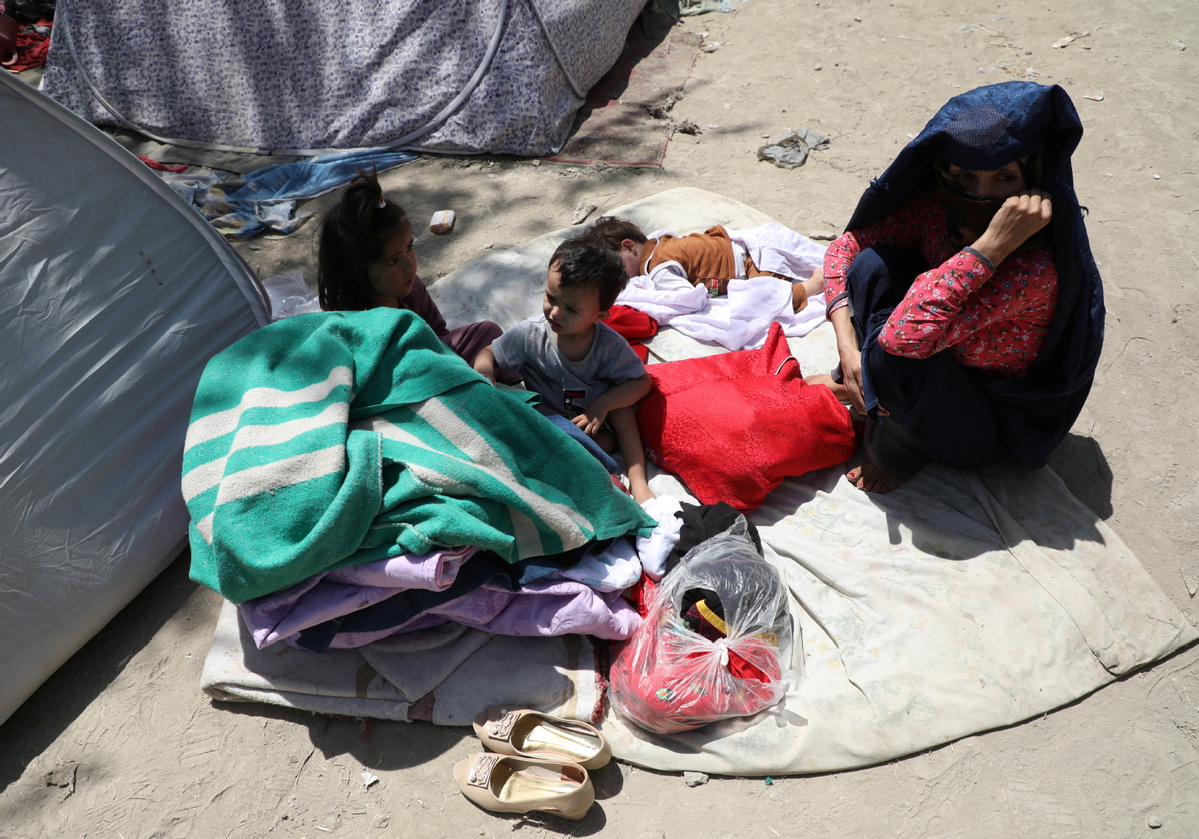 Tens of thousands of people have tried to flee Afghanistan since the hardline Islamist militants swept into the capital on Sunday, completing a stunning rout of government forces and ending two decades of war.

Taliban leaders have in recent days repeatedly vowed not to seek revenge against their opponents, while seeking to project an image of tolerance.

"We have seen reports that the Taliban, contrary to their public statements and their commitments to our government, are blocking Afghans who wish to leave the country from reaching the airport," Deputy Secretary of State Wendy Sherman told reporters.

"We expect them to allow all American citizens, all third-country nationals and all Afghans who wish to leave to do so safely and without harassment."

Taliban spokesman Zabihullah Mujahid said Tuesday that the new regime would be "positively different" from their 1996-2001 stint.

But Taliban 2.0 remains a hard sell, with women largely staying off the streets, and journalists and those who have worked with Western governments and organisations saying they are terrified.

Memories of the militants' brutal 1996-2001 regime and the near-two-decade insurgency that killed tens of thousands are etched on Afghan minds -- especially women and religious minorities.

Their rule then was infamous for an ultra-strict interpretation of sharia law, featuring deaths by stoning, girls being banned from school and women from working in contact with men.

The United States ultimately led the invasion of Afghanistan to topple the Taliban because they continued to provide sanctuary for Al-Qaeda after the September 11 attacks.

"I am desperate to leave, I have bad memories of their regime," a 30-year-old person who worked for a foreign NGO and tried but failed to reach Kabul airport on Wednesday told AFP.

Unconfirmed reports on social media say several people have been killed as US forces and the Taliban struggle to contain the desperate throngs of people trying to get on flights out of Kabul.

"I went to the airport with my kids and family... the Taliban and Americans were shooting," said one man who until recently had worked for a foreign NGO.

"Despite that (the shooting) people were moving forward just because they knew a situation worse than death awaited them outside the airport."

The United States said it has airlifted out nearly 5,000 US citizens and Afghans, while France, Britain and other nations have also organised evacuation flights.

While the Taliban takeover was met with little resistance, signs of defiance are now starting to appear.

In an op-ed published in The Washington Post, the son of Afghanistan's most famed anti-Taliban fighter said he has the forces to mount an effective resistance -- but called on the United States to supply arms and ammunition to his militia.

"I write from the Panjshir Valley today, ready to follow in my father's footsteps, with mujahideen fighters who are prepared to once again take on the Taliban," Ahmad Massoud said, adding that "America can still be a great arsenal of democracy" by supporting his fighters.

On the political front, the Taliban continued to edge towards establishing a government, meeting with senior Afghan figures from the past two decades.

Taliban negotiator Anas Haqqani met with Hamid Karzai, the first Western-backed leader of Afghanistan after the Taliban's ouster in 2001, and Abdullah Abdullah, who had led the government's peace council, the militant group said on Twitter.