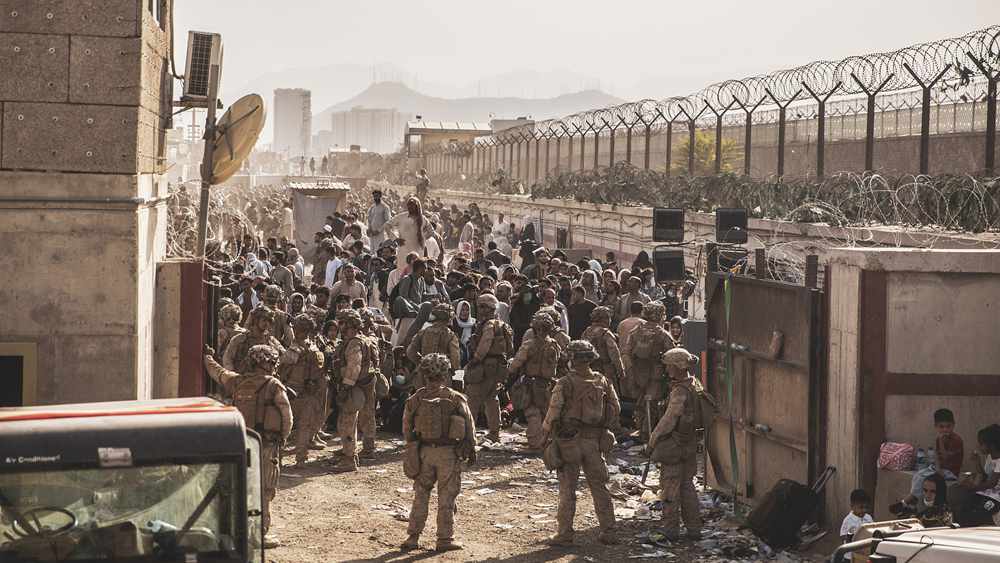 The Taliban warned Monday there would be "consequences" if the United States and its allies try to remain in Afghanistan beyond next week, as Washington ramped up its efforts to evacuate tens of thousands of people who want to leave the country following the Taliban takeover.

Thousands of U.S. troops have been deployed back into the country to assist the chaotic airlift of foreigners and Afghans from Kabul airport, and pressure is mounting on U.S. President Joe Biden to extend an August 31 deadline for a full withdrawal.

Biden and his Group of Seven (G7) counterparts – several of whom are pushing him to leave soldiers at the airport to keep it open – will meet virtually Tuesday, with coordination on Afghanistan and how to handle the Taliban atop the agenda. He is expected to decide as soon as Tuesday on whether to extend the self-imposed deadline or not.

At the White House, National Security Advisor Jake Sullivan deferred questions on the issue on Tuesday, saying the White House is taking the situation "day by day."

He said Biden had spoken with Britain's Prime Minister Boris Johnson on Monday, adding the U.S. remains in close touch with allies and partners to coordinate the evacuations.

Sullivan said that there is enough time to evacuate all the US citizens in the country who have sought to leave. "We believe that we have time between now and the 31st to get out any American who wants to get out," he said.

So far, the Taliban have shown no willingness to compromise. Spokesman Suhail Shaheen told Sky News that any foreign military presence beyond the agreed deadline would be "extending occupation."

"If the U.S. or UK were to seek additional time to continue evacuations – the answer is no... there would be consequences," he said.

The Taliban are currently working on forming a government, but two sources within the movement told AFP there would be no announcements on a cabinet until the last U.S. soldier has left Afghanistan.

While Biden and his top aides insist the airlift can be completed on time, the European Union and Britain are saying that is impossible.

"If their timetable extends even by a day or two, that will give us a day or two more to evacuate people," Wallace told reporters in Scotland. 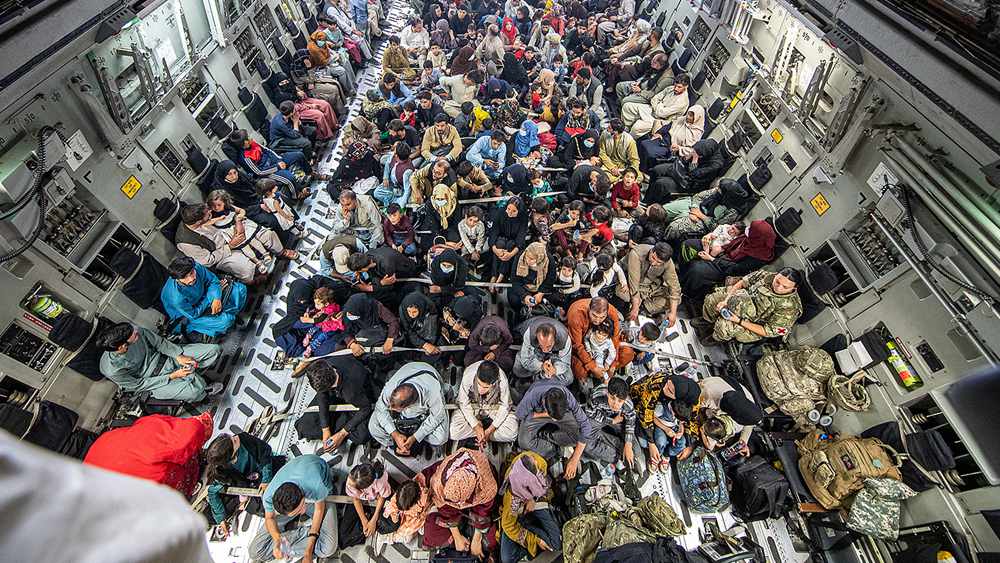 In this handout image provided by the UK Ministry of Defence, a full flight of 265 people is evacuated out of Kabul by British Armed Forces in Kabul, Afghanistan, August 21, 2021. /CFP

Germany said it was in talks with NATO allies and the Taliban to keep Kabul's airport open for evacuations beyond August 31, while France said "additional time is needed to complete ongoing operations."

Biden and his aides have acknowledged the tragic scenes at the airport, which have included babies and children being passed to soldiers over razor-wire fences and men clinging to the outside of departing planes, but say they are unavoidable.

"There is no way to evacuate this many people without pain and loss and heartbreaking images you see," Biden said Sunday.

A White House official said Monday that 10,900 people were evacuated over the past 12 hours (until 1900 GMT) from Kabul airport, taking to 48,000 the number relocated since the intensified airlift began on August 14. 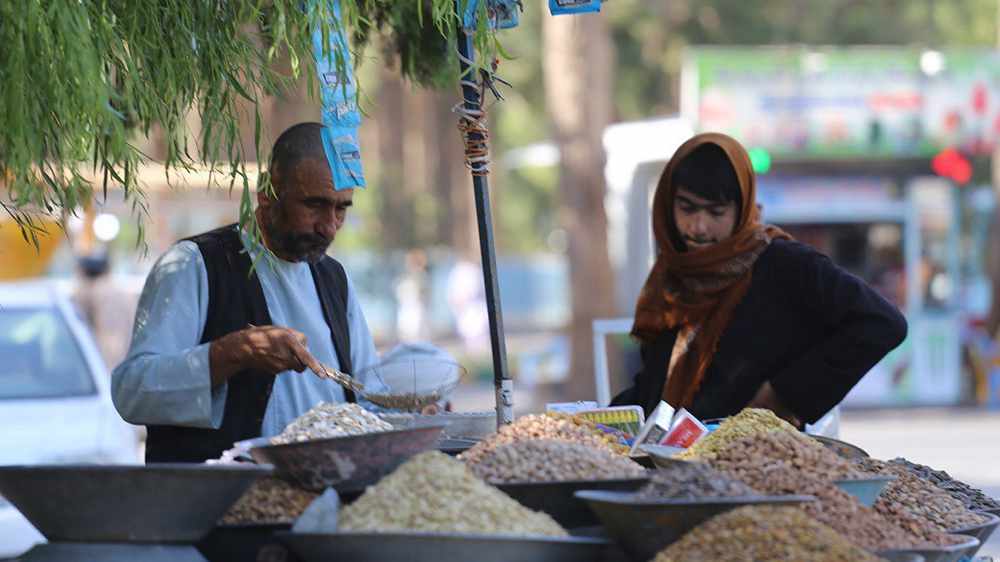 Leaders of the Taliban, who have sought to show a more moderate face since capturing Kabul, have begun talks on forming a government, while their forces focus on the last pockets of opposition.

Taliban fighters had retaken three districts in the northern province of Baghlan and surrounded opposition forces in the Panjshir valley, a spokesman for the group said, but there were no signs of fighting on Monday.

Ahmad Massoud, one of the leaders of the movement in Panjshir named the National Resistance Front (NRF), is the son of famed anti-Taliban commander Ahmad Shah Massoud.

The NRF was prepared for a "long-term conflict" but was also still seeking to negotiate with the Taliban about an inclusive government, its spokesman Ali Maisam Nazary told AFP in an interview on the weekend.