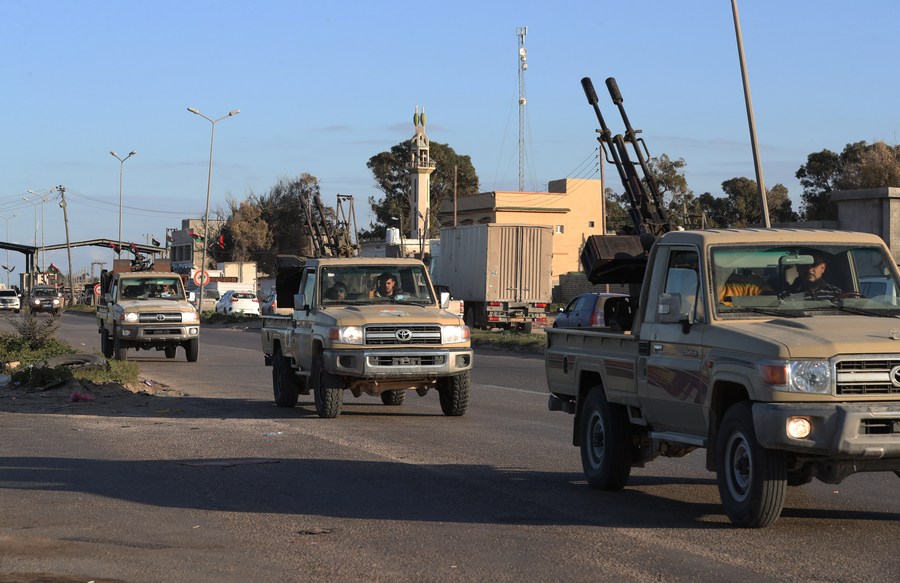 Military vehicles are seen in the Libyan capital of Tripoli on Feb. 12, 2022, after the House of Representatives (parliament) voted for Fathi Bashagha as the new prime minister. (Photo by Hamza Turkia/Xinhua)

Talks between rival Libyan institutions, which were aimed at breaking the deadlock over the rules for long-awaited elections, failed to resolve key differences, the United Nations said Thursday.

"Disagreement persists on the eligibility requirements for the candidates in the first presidential elections," and while significant progress was made, "it remains insufficient as a basis to move forward towards comprehensive national elections," the UN's top Libya official Stephanie Williams said in a statement after the talks in Geneva.