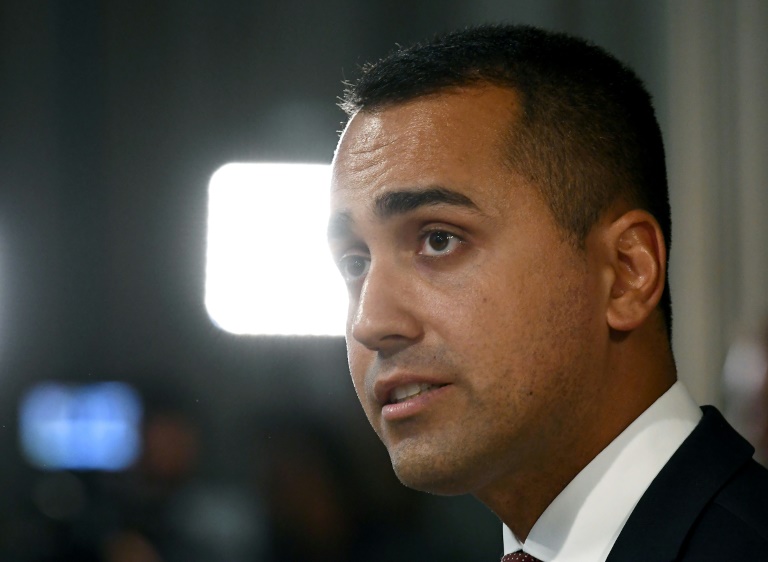 Fraught negotiations between Italy's anti-establishment Five Star Movement and the centre-left Democratic Party, which had appeared on the brink of collapse, were revived at the last minute Tuesday as the once bitter rivals attempted to form a new government.

The Five Star Movement (M5S) had threatened to pull the plug on the talks, insisting its choice of prime minister was a red line.

The parties have been trying to create a new workable coalition following the collapse of the country's populist government -- despite having been at each other's throats until just a few weeks ago.

Italy's President Sergio Mattarella had on Monday allowed an extra day for negotiations, interpreted by some as a hopeful sign that a deal may be in the works.

It said the talks would be at a standstill until the centre-left changed its attitude.

He said he was "optimistic" a deal could be reached in time.

The political crisis was triggered on August 8 when Matteo Salvini withdrew his far-right League party from the governing coalition with M5S and called for snap elections, looking to capitalize on his party's surge in the opinion polls.

Mattarella has said that any new coalition must have an agreed platform that can pass through parliament, after months of political clashes between M5S and the League over several high profile policies.

The PD was initially unwilling to have M5S-ally Conte serve another term, preferring a complete shake-up of the cabinet.

It has criticized Conte for having accepted the anti-migrant dictates of Salvini, the outgoing hardline interior minister.

As the political wrangling continued, the 55-year old lawyer received the endorsement of US President Donald Trump.

"Represented Italy powerfully at the G-7. Loves his Country greatly & works well with the USA. A very talented man who will hopefully remain Prime Minister!" he added.

The M5S said it welcomed signs of the PD's change of heart.

"We say 'yes' to talks on a government programme and issues," it said in a note.

It had earlier tartly reminded the PD that the M5S holds more seats in parliament.

The Movement won a party record of 32 percent of the vote at elections in 2018, though its popularity has since sunk, polls show.

All of Italy's main parties have been summoned to report back to Mattarella on Wednesday.

If the PD and M5S cannot come to a deal and form a solid majority, the president is expected to call an early election for November.

A return to the polls is expected to favour strongman Salvini, who has been openly mocking the M5S and PD's courtship efforts.

"Who is afraid of Italians' votes? Not us" he said on Facebook, insisting an election was the only fair option.

The clock is ticking to ease the political turmoil, with Italy under pressure to approve a budget in the next few months.

If it fails to do so it could face an automatic rise in value-added tax that would hit the least well-off families the hardest and could plunge the eurozone's third-largest economy into recession.

The Milan stock market was up over 1.5 percent as the day wore on, suggesting investors still had hopes of a deal.