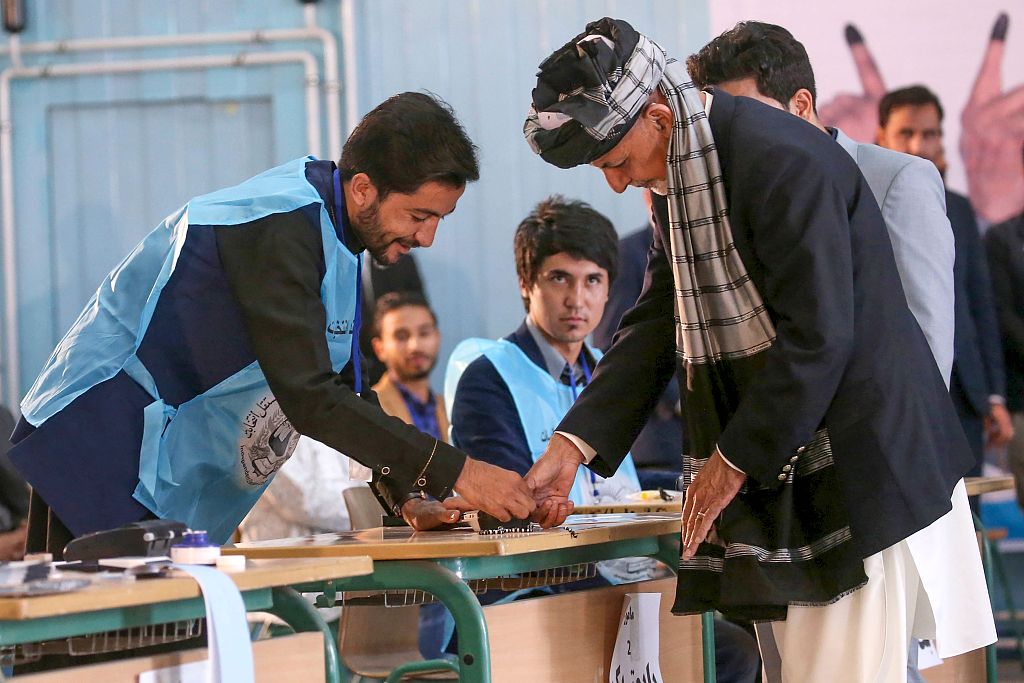 In this handout photograph taken and released by Press Office of President of Afghanistan on September 28, 2019, an Independent Election Commission (IEC) official (L) scans a finger of Afghan President and candidate Ashraf Ghani (R) with a biometric device at a polling station in Kabul. (Photo: VCG)

"According to initial figures, 1,051,998 voters cast their votes in 2,597 polling centers out of 4,905 polling centers where election materials were dispatched," the IEC said in a statement.

The statement added that the number of voters in 2,308 remaining centers and exact number of the election turnout will be shared with media soon.

The IEC initially planned to hold polls in 5,373 centers across the country, but many polling sites did not open due to security threats and Taliban attacks.

Over 9.4 million eligible voters registered to cast their votes during the polling. However, thousands of voters were deprived to vote as election workers could not find their names in voters' registration lists and biometric verification devices.

Fourteen out of the 18 registered hopefuls contested for the presidency with a five-year term and among the candidates are sitting Afghan President Mohammad Ashraf Ghani and government Chief Executive Abdullah Abdullah.

Preliminary results of the poll will be announced on Oct. 19 and the final results are expected on Nov. 7, according to election timetable.