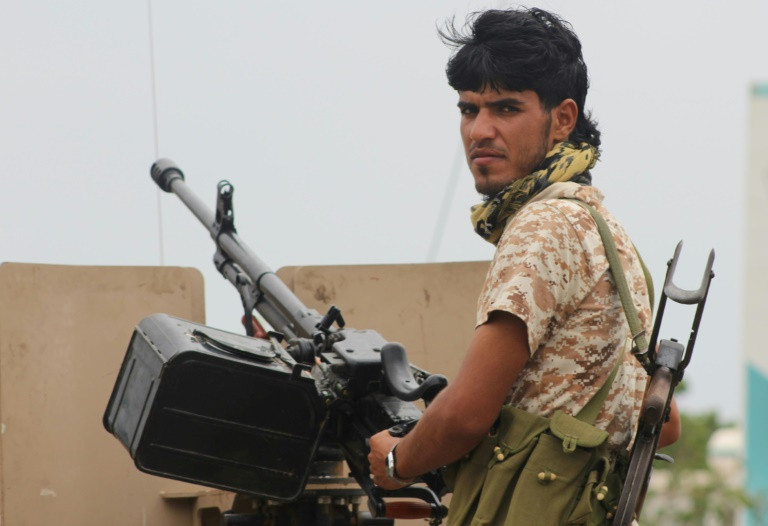 At least nine people were killed in heavy fighting between separatists and government troops Monday as a tank battle broke out on the second day of an attempted "coup" in Yemen's interim capital Aden,  military sources said.

As the fighting escalated, the Saudi-led military coalition which supports the government called for dialogue and for it to hear the demands of the separatists in the southern port city.

"We are calling on the legitimate government to look into the demands of the political and social movement," said coalition spokesman Colonel Turki al-Maliki.

He urged "restraint" from the separatists who are backed by the United Arab Emirates (UAE), an ally in the coalition, and for them to "hold talks with the legitimate government".

Civilians were hunkered down at home as five separatist fighters were killed by snipers and four soldiers died in clashes, military sources said, with tanks and heavy artillery entering the fray.

Aden has served as the headquarters of Saudi-backed President Abedrabbo Mansour Hadi's government since it was forced out of the capital Sanaa by Shiite rebels three years ago.

The separatists -- who want the return of the independent South Yemen that existed before 1990 -- supported Hadi's forces against the rebels, but tensions between them have risen in recent months.

Fighters from both sides have been deployed in most areas of Aden, paralysed for a second day after 15 people were killed and dozens wounded on Sunday.

The hostilities erupted early Sunday when pro-government troops prevented supporters of the separatist Southern Transitional Council from entering Aden for a rally.

The flare-up has added yet another dimension to one of the world's most complicated conflicts, a civil war that has left thousands dead and millions on the brink of starvation. 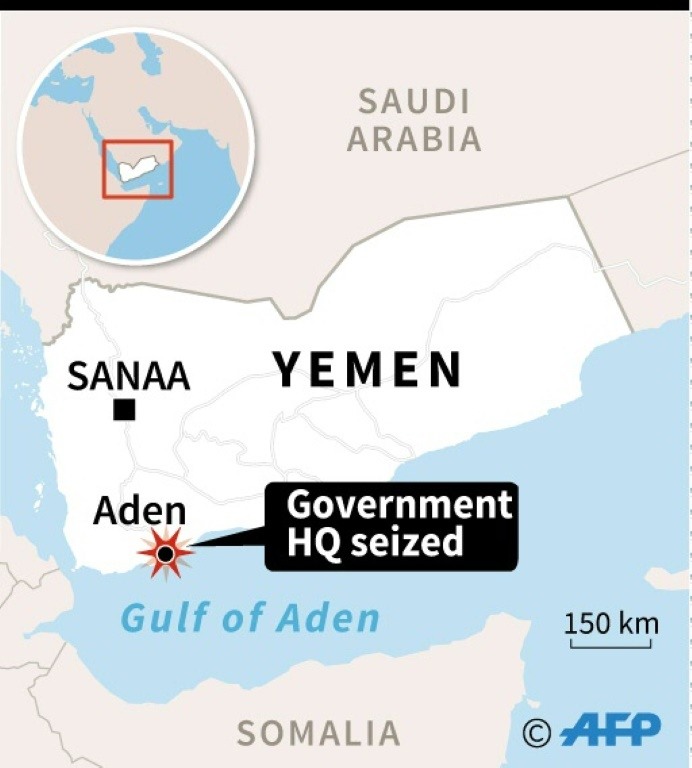 Separatists have dispatched additional forces from the central province of Marib and the southern province of Abyan, security sources said.

The forces from Abyan marched on Aden after clashes with loyalists on the way.

After the separatists seized the government headquarters on Sunday, Prime Minister Ahmed bin Dagher denounced a "coup... in Aden against legitimacy and the country's unity".

He urged the Saudi-led coalition to intervene in its defence.

The coalition launched air strikes against the Iran-backed Huthi rebels in March 2015 and sent troops to support Hadi's forces, fearing that Tehran would gain a foothold in the country on Saudi Arabia's southern border. 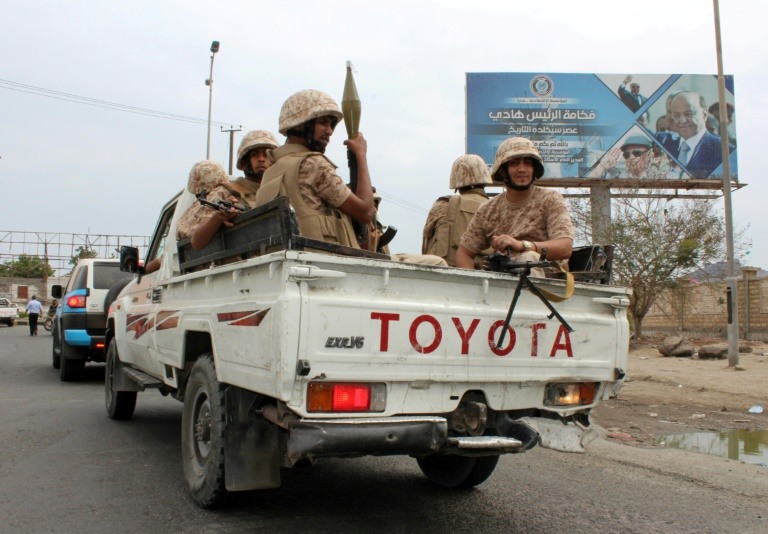 On Sunday, security sources said pro-separatist units trained and supported by the UAE had taken over the government headquarters after clashes.

"All night shooting in Aden #Yemen, including heavy weapons," Alexandre Faite, the head of the ICRC delegation in the country based in Sanaa, said on Twitter.

"Those in southern part of city, including (ICRC staff) still unable to get out."

The negotiator is to step down in April after three years overseeing UN-brokered negotiations between the government and rebels, none of which have stemmed the violence. 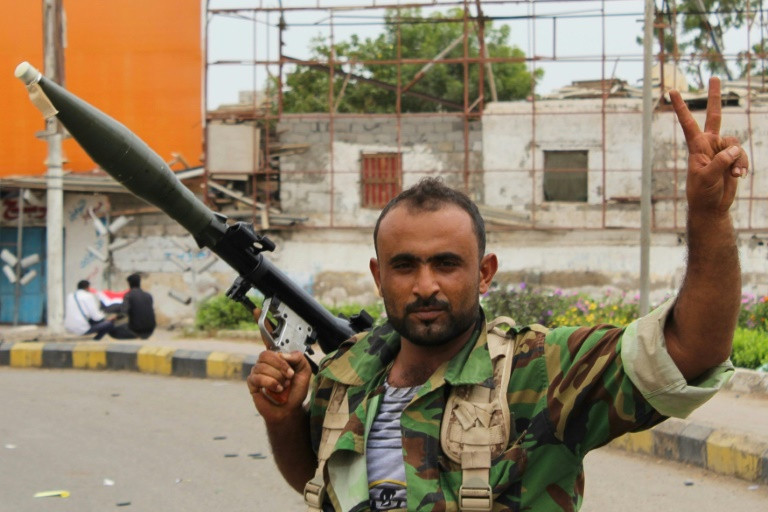 More than 9,200 people have been killed in Yemen since the Saudi-led coalition intervened.

The separatists joined forces with Hadi's government to oust the rebels from southern provinces in 2015, but tensions have soared since a secessionist governor's sacking last year. 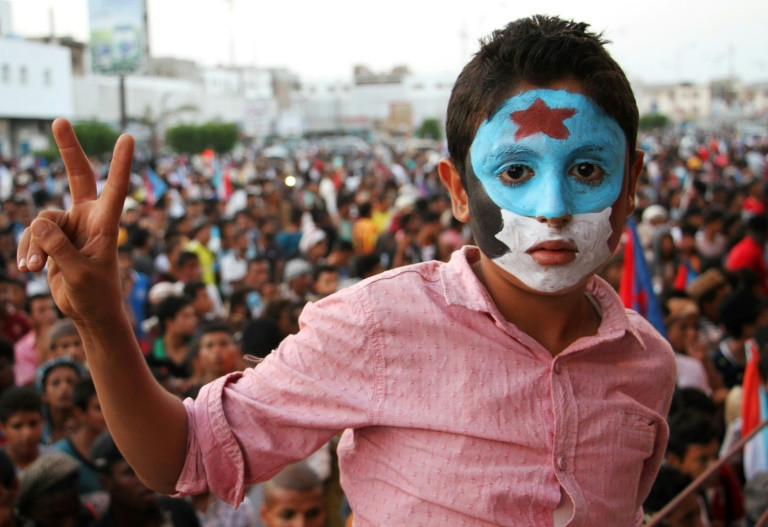 Three civilians were among the 15 people killed on Sunday, hospital sources said, after separatist protesters were prevented from entering Aden for an anti-government rally.

The separatists accused the premier of ordering his troops to open fire on the protesters.

Sunday's rally was called by the Southern Transitional Council, an autonomous body not recognised by the government and aimed at overseeing self-governance in southern provinces.

Former Aden governor Aidarous al-Zoubeidi formed the council in May last year after Hadi fired him.

The council had asked Hadi to make changes in the government, accusing it of corruption and mismanagement, and gave him a week to do so -- a deadline that expired on Sunday.

It had warned that if Hadi did not accept the demand, its supporters would begin a protest campaign to oust Dagher's government.

South Yemen was independent -- with former British colony Aden as its capital -- from its formation in 1967 until 1990, when it was unified with North Yemen.