The British-flagged oil tanker Stena Impero, which had been held off the Iranian port of Bandar Abbas for more than two months, set sail and reached international waters Friday, its Swedish owner said. 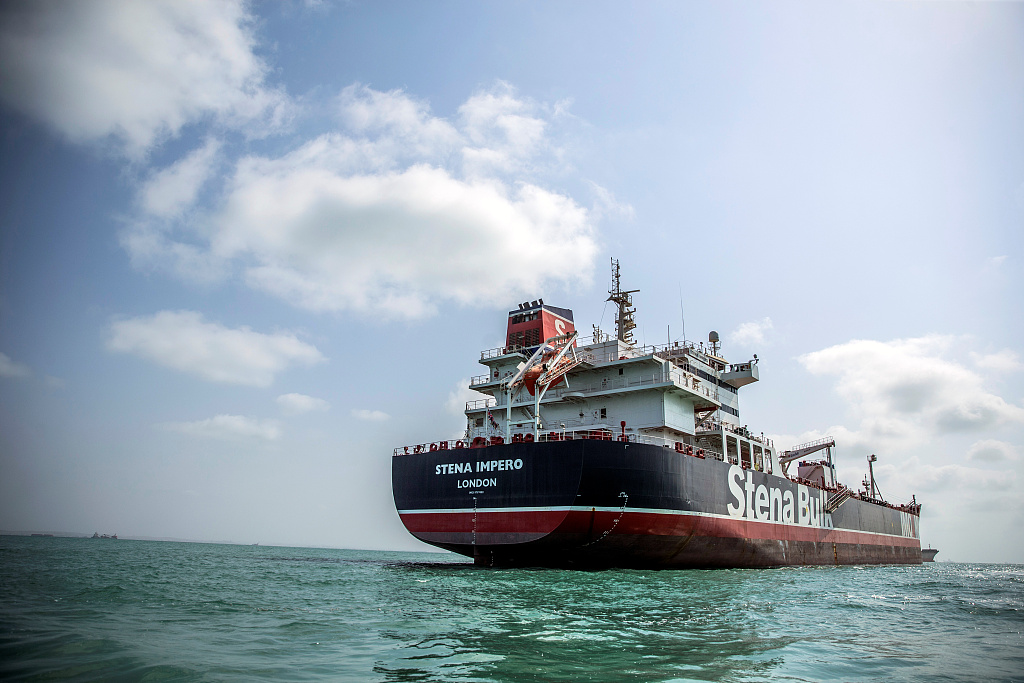 "She reached international waters about 15 minutes ago," Erik Hanell, CEO of the company that owns the vessel, Stena Bulk, told AFP at 12pm (1000 GMT) on Friday, adding that the ship was heading for Dubai.

On Wednesday, an Iranian foreign ministry spokesman, Abbas Mousavi, said the lifting of the seizure was finalised in a procedure coordinated by the foreign ministry, Iran's judiciary and its port and maritime authorities.

After the ship had left Iran and reached international waters on Friday Hanell said it was "obviously a relief" and added that the priority now was the crew.

"When we reach Dubai we will firstly take care of the crew and then try and get the ship in operational order again," he told AFP.

Iran's Revolutionary Guards seized the tanker in the Strait of Hormuz on July 19 after surrounding the vessel with attack boats and rappelling onto its deck.

It was impounded off the port of Bandar Abbas for allegedly failing to respond to distress calls and turning off its transponder after hitting a fishing boat.

Seven of its 23 crew members were released on September 4.

The ship's seizure was widely seen as a tit-for-tat move after authorities in the British overseas territory of Gibraltar detained an Iranian tanker on suspicion it was shipping oil to Syria in breach of EU sanctions.

Tehran repeatedly denied the cases were related but a Gibraltar court last month ordered the Iranian tanker's release despite an 11th-hour US legal bid to keep it in detention.