Tanzania's health minister issued an Ebola 'alert' Sunday after the disease, which has killed over 1,400 people in the Democratic Republic of Congo, appeared in their shared neighbour, Uganda. 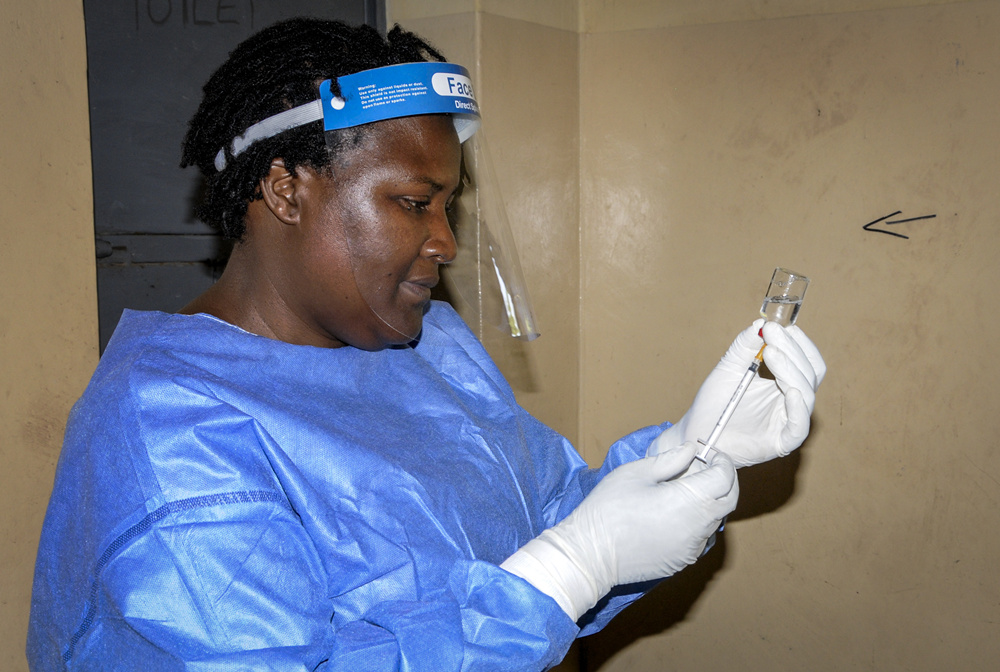 A health worker prepares an Ebola vaccination for a priest who works in the hospital in the village of Kagando, near the border with Congo, in western Uganda Saturday, June 15, 2019. (File photo: AP)

"I want to alert the public that there is the threat of an Ebola epidemic in our country," Ummy Mwalimu tweeted days after officials confirmed that members of a family who had travelled to the DRC had died in western Uganda.

The minister said the alert was necessary given the frequent interactions between Tanzanian and Ugandan people "via the official borders or by other, unofficial channels."

Tanzania's northwestern Kagera, Mwanza and Kigoma regions were most at risk, said Mwalimu. But "given that this disease transmits very easily and very quickly from one person to another, nearly the entire country is in danger."

The minister began a tour of the frontier regions on Saturday to assess the measures in place at ports and border posts to deal with potential incoming Ebola cases.

The country has not yet been touched by the often fatal viral disease that causes violent vomiting and diarrhoea, impairs kidney and liver function, and sometimes internal and external bleeding.

Ebola spreads among humans through close contact with the blood, body fluids, secretions or organs of an infected person, or objects contaminated by such fluids.

The current outbreak in the DRC is the worst on record after an epidemic that struck mainly in Liberia, Guinea and Sierra Leone between 2014-2016, killing more than 11,300 people.

On Friday, the World Health Organization said the outbreak does not yet warrant being declared a "public health emergency of international concern", meaning it would require a "coordinated international response".

The UN body declares public health emergencies when a disease outbreak in a country risks spreading beyond its borders.

Two members of a Ugandan family, a woman and her five-year-old grandson died of Ebola this week after travelling to the DRC to take care of a dying family member and attend the funeral.

The boy's brother, aged three, is also infected, and several family members are in isolation.

To date, no locally-acquired Ebola cases have been reported in Uganda.