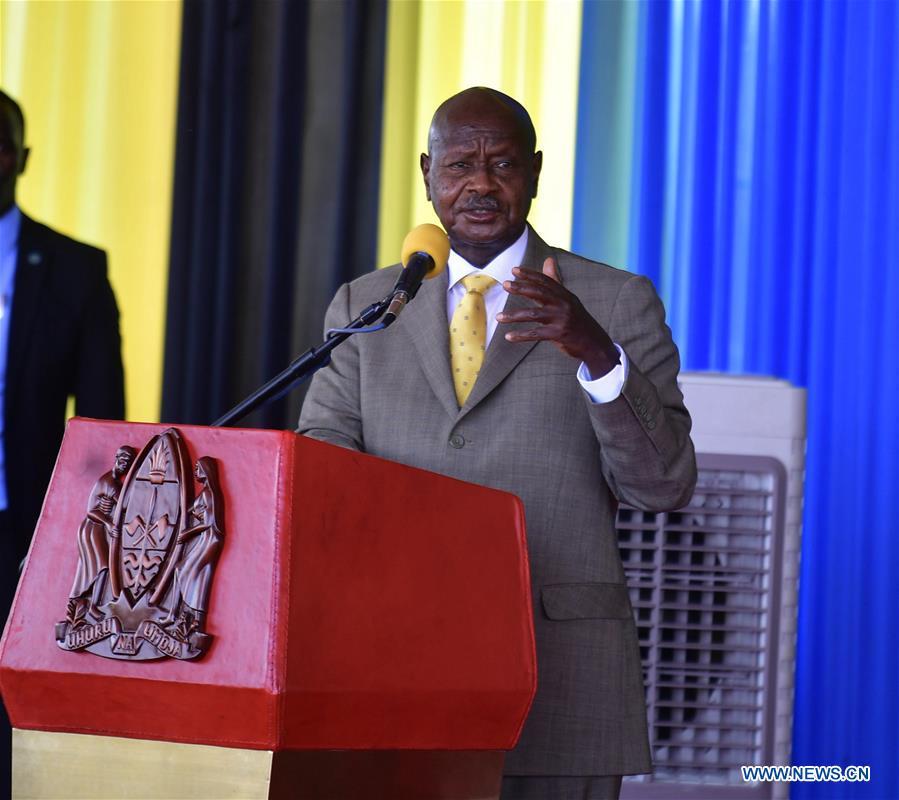 Ugandan President Yoweri Museveni delivers a speech at the agreement signing ceremony in Chato, Tanzania, on Sept. 13, 2020. Tanzanian President John Magufuli and his Ugandan counterpart Yoweri Museveni have signed an agreement for the construction of a 3.5 billion-U.S.-dollar crude oil pipeline. (Photo: Xinhua)

The agreement, signed in Magufuli's native town of Chato in northwest Tanzania on Sunday, paved the way for the progress of the 1,445 km pipeline running from Uganda's oilfields in Hoima to Tanzania's Tanga port.

The two leaders urged officials from both countries to immediately conclude remaining issues for the project and move on.

"This is a milestone achievement for both countries as we have reached a final decision on the eagerly awaited project, we believe that this is a project of its kind and it will benefit people from both countries," he added.

He said the deal has taken a long time to be sealed due to the sensitivity of the project, adding that the two sides has been in negotiations for years and that finally they have come to a consensus.

Hassan Abassi, the Tanzanian government chief spokesperson, said that 80 percent of the pipeline will run through Tanzania.

Uganda discovered oil reserves in 2006 and has has over 6.5 billion barrels of oil.