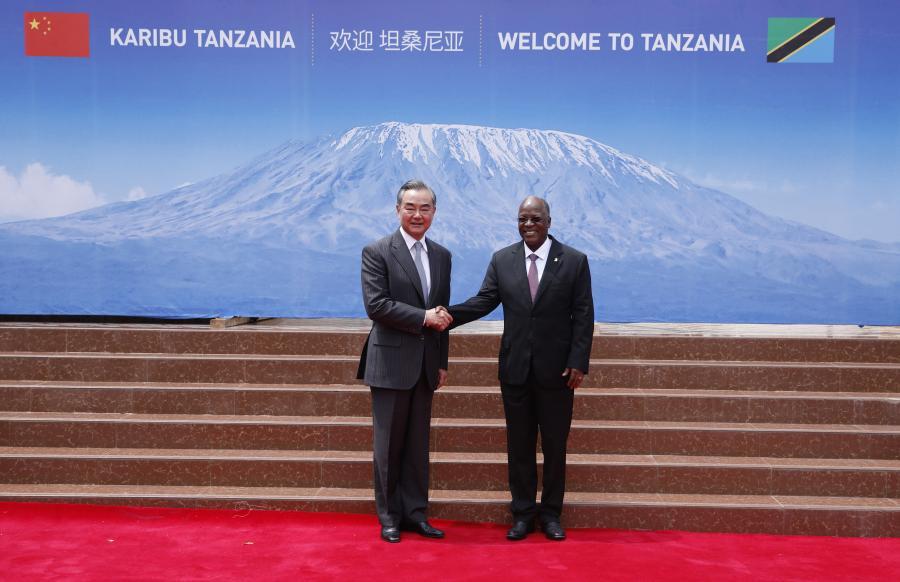 Magufuli said the older generation of leaders from Tanzania and China met with sincerity and jointly forged profound friendship between the two countries.

The Chinese people have always been good friends and brothers of the Tanzanian people, said Magufuli, adding that Tanzania is deeply grateful for the great help provided by the Chinese people in its struggle for national liberation and development.

Tanzania is willing to continue to carry forward the traditional friendship between Tanzania and China, and will stand firmly with China on all issues involving China's core interests and major concerns, said Magufuli.

Noting that China has made remarkable achievements in economic development and bilateral economic and trade cooperation is win-win and mutually beneficial, Magufuli said Tanzania is ready to deepen cooperation with China, expand exports to China and attract more Chinese investment.

Tanzania is ready to become the gateway for Chinese enterprises to explore the eastern and southern African markets and join hands with China to usher in a new era of common development between the two countries, he said.

For his part, Wang Yi said China and Tanzania have profound and long-standing traditional friendship, which is the precious treasure of both countries and should be cherished, carried forward and continuously injected with new connotation of the era.

Wang said Tanzania was the first African country that President Xi Jinping visited after he took office as the Chinese president in 2013. During that visit, Xi proposed the principles of sincerity, practical results, affinity and good faith for China to deal with its relations with Africa.

China is ready to make joint efforts with Tanzania to implement the important consensus reached by the two heads of state, and push for the comprehensive cooperative partnership between China and Tanzania, Wang said.

China was once a comrade in arms in Tanzania's struggle for national independence and is now a partner in Tanzania's development and revitalization, said Wang.

Wang also called on the enterprises to properly handle the problems encountered in the cooperation between the two countries, and help Tanzania achieve its independent development goals for the benefit of the Tanzanian people.

On the same day, Wang also held talks with his Tanzanian counterpart Palamagamba Kabudi and jointly met the press.