WORLD Task of choosing Israeli PM given to lawmakers

Task of choosing Israeli PM given to lawmakers 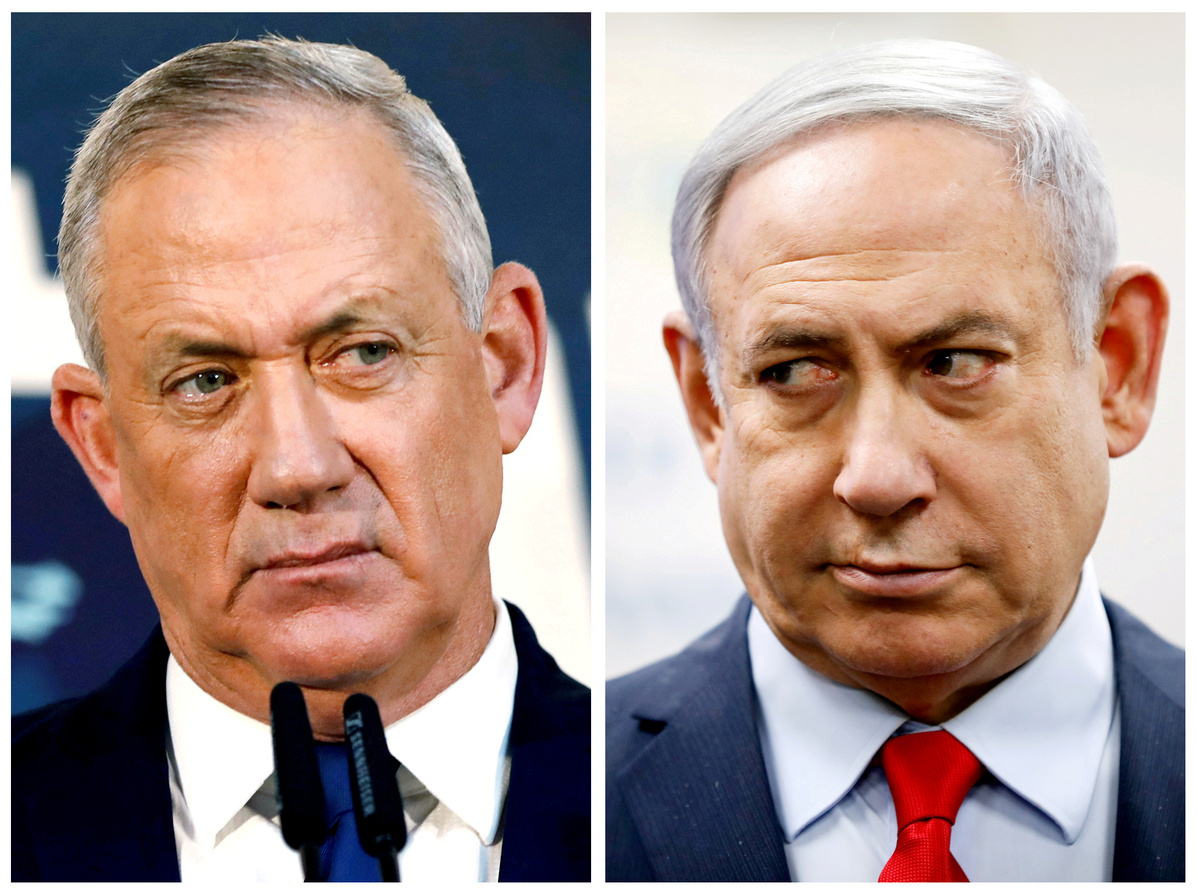 JERUSALEM－Israeli President Reuven Rivlin asked the parliament on Thursday to choose a new prime minister, giving it three weeks to agree upon a leader or plunge the country into an unprecedented fourth election in just over a year.

Rivlin made the move after his prime minister-designate, former military chief Benny Gantz, and Prime Minister Benjamin Netanyahu failed to reach a power-sharing deal by a midnight deadline on Wednesday.

Although the deadline passed, Netanyahu's Likud and Gantz's Blue and White party said they would continue their negotiations toward an "emergency" unity government meant to steer the country through the coronavirus crisis.

Under Israeli law, centrist politician Gantz's failure to put together an administration within the 28 days allotted to him after a March 2 election meant that the Knesset, Israel's parliament, will now have three weeks to agree on a candidate for the task.

If no nominee is chosen in the next 21 days or if the appointee does not form a government within two weeks of being chosen, parliament will automatically dissolve and a new election will be held.

Further complicating the political picture, Netanyahu, and Gantz, a former armed forces chief, could continue to pursue a deal and rally a parliamentary majority to support it.

Even as Gantz's deadline expired, both parties pledged to press on with negotiations.

"I hope majority of MKs (members of the Knesset) can be found as soon as possible, preventing a fourth round of elections," Rivlin said on Twitter.

Netanyahu appears to have gained some leverage. With Gantz no longer holding the presidential "mandate" to put together a coalition, Netanyahu could search for other options.

A total of 59 lawmakers have endorsed Netanyahu, leaving him just shy of a majority in the 120-seat parliament. While continuing to speak to Gantz, he may also try to lure two lawmakers from his opposition in hopes of putting together a narrow government.

Throughout a stalemate in which elections were held in April and September 2019 and last month, Israel has been run by a caretaker government headed by Netanyahu, whose charges in three corruption scandals include bribery, fraud and breach of trust. He has denied any wrongdoing.

Gantz and Netanyahu have been negotiating a deal that would keep Netanyahu, Israel's longest-serving leader, in office for another 18 months, after which Gantz would assume the post, Israeli media reported.

Gantz made clean government a central theme of his election campaigns. But he angered many of his voters－and caused a split within his own party－by reneging on a pledge not to serve with Netanyahu, whom he had called "the defendant".

An opinion poll on Monday from Israel's Channel 12 news showed Netanyahu's handling of the coronavirus crisis has given him a political boost.

It predicted that if an election were held now, the right-wing Likud would win 40 of parliament's 120 seats, bolstering Netanyahu's chances of forming a coalition with traditional right-wing and religious allies, without the need for Gantz's support.